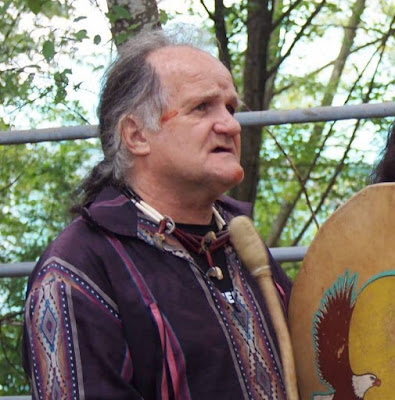 Two Indigenous elders are being targeted in a desperate attempt by Trans Mountain to stifle dissent, avoid accountability

COAST SALISH TERRITORIES (Vancouver) -- After a hearing in front of a packed courtroom, Indigenous elder and Mountain Protector Jim Leyden, 67, was taken into custody this morning for refusing to sign conditions that include he stay at least 500 meters away from Trans Mountain Pipeline (TMX) facilities. Leyden and his lawyer David Fai only found out today about the conditions, which were imposed this morning by BC Supreme Court Justice Shelley Fitzpatrick at the request of Crown Counsel Monte Ruttan. Leyden, who has suffered serious health issues over the past few months, could remain in jail until his next court appearance on January 29 at 9am.

On December 31, 2019, lawyers for Leyden and fellow Indigenous elder Stacy Gallagher, 57, were notified by the Crown that their clients were being charged with criminal contempt of court for alleged breaches of the TMX Injunction Order in November and December 2019. The Crown is charging the two elders after-the-fact using an affidavit of an RCMP official and video evidence. On the days of the alleged breaches--November 15, December 2, and December 18, 2019--the RCMP did not arrest Leyden and Gallagher, who were among many others near the Trans Mountain facility, nor did the police adhere to the "five step process" required by the TMX Injunction. Leyden and Gallagher have been the only ones charged so far from those dates. For now, Gallagher is also expected to abide by the 500-metre stay away order.

"This is a clear attempt to target those who are steadfast in monitoring the questionable activities of Trans Mountain," said Brandon Gosnell of the Mountain Protectors, a group formed in part to watch over the work of TMX to ensure the company is abiding by federal and provincial regulations. Leyden told Justice Fitzpatrick today that he was designated by Coast Salish Indigenous elders to play this role from the Watch House, an Indigenous-built structure that is explicitly excluded from the TMX Injunction. "The Crown, in lockstep with Trans Mountain, is trying to stifle any resistance to this pipeline and any efforts to hold Trans Mountain accountable," added Gosnell.

Leyden, Gallagher, and another Indigenous defendant were previously convicted of criminal contempt in October for arrests that took place in 2018, and they are currently awaiting sentencing on March 5 and 6. Leyden and Gallagher are fixtures at the Burnaby TMX facilities and in court, supporting those arrested for breaching the Injunction. Leyden and the Mountain Protectors have repeatedly raised safety, environmental, and regulatory concerns to federal, provincial and municipal authorities, but so far no action has been taken against TMX for the violations its been accused of.

The new charges represent a significant departure from prior TMX contempt cases in a couple of important ways. First, it appears the RCMP failed to adhere to Section 12 of the Injunction Order which lays out a "five-step process" for arresting "any persons who breach the Order." Second, neither defendant was arrested at the time the Crown alleges the breaches took place. Both defendants found out about the charges only after the Crown made contact with their lawyers. Mountain Protectors also argue that these new attempts to target Indigenous elders monitoring the company's activities are meant to chill any kind of resistance to and oversight of TMX.

Leyden is expected to be taken to the North Fraser Pretrial Centre, where he will likely remain until January 29."
at January 09, 2020