SAN FRANCISCO BAY AREA, California (January 30, 2020) – Divest Invest Protect (DIP), the Women’s Earth and Climate Action Network (WECAN) International, and the Indigenous Peoples Law and Policy (IPLP) Program at the University of Arizona are announcing the filing of a “Specific Instance” with the Organization for Economic Co-operation and Development (OECD) regarding Credit Suisse and adverse impacts to Indigenous peoples and environment through continued corporate finance to firms that built the Dakota Access Pipeline (DAPL) and Bayou Bridge Pipeline (BBP). 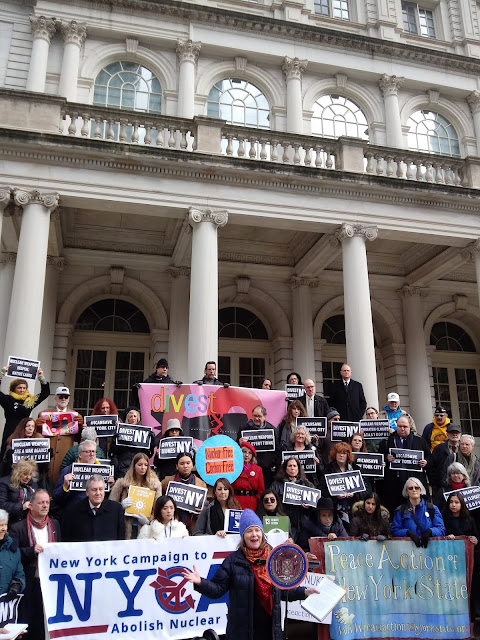 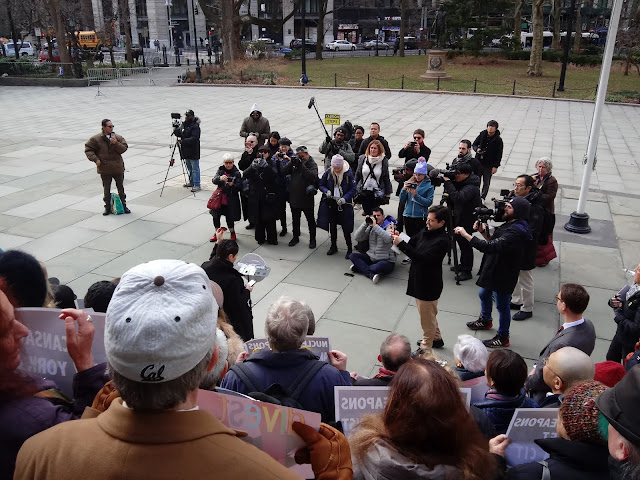 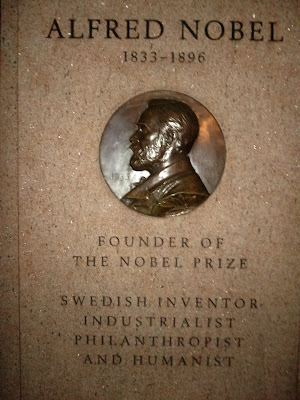 
"The Western Bands of the Shoshone Nation of Indians bear the burden of US nuclear weapons testing in Shoshone homelands at the Nevada National Security Site. Over 1,000 weapons tests have spread radiation across Shoshone country defined by the 1863 Treaty of Ruby Valley (Consolidated Treaty Series Vol. 127-1863)."

"We have had to find our own ways to address the adverse health consequences known to be plausible from exposure to radiation if radioactive fallout."

Newsflare reports, "Protesters in New York City gathered on Tuesday (January 28) centering around two pieces of disarmament legislation that instruct the Comptroller of New York to divest the city's pensions and finances from nuclear weapons producers, which will affirm that NYC remains a nuclear-weapons-free zone."