Returning to what was lost and stolen with Corrina Gould 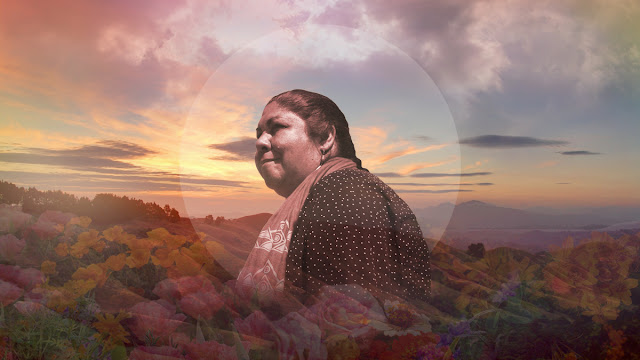 Returning to what was lost and stolen with Corrina Gould
By Bioneers
Defending land rights and preserving tribal culture is difficult for North American tribes, especially for those that do not have sovereign nation-to-nation status with the federal government. The lack of recognition of a tribe’s nationhood as a self-governing entity (as defined by the U.S. Constitution) has been explicitly used as a tool to continue to prevent Native peoples from living on the most desirable lands or protecting sacred lands that have been stolen.

We talk about these issues with Corrina Gould, a celebrated leader and activist of the First Peoples of the Bay Area from the Lisjan/Ohlone tribe of Northern California. She also co-founded the grassroots organization “Indian People Organizing for Change”, which works to defend and preserve sacred Ohlone shell mounds formed over generations.
Listen to Part 2 at Bioneers
https://bioneers.org/returning-to-what-was-lost-and-stolen-with-corrina-gould/
To listen to the first part of this program, click here.

Corrina Gould (Lisjan/Ohlone) is the chair and spokesperson for the Confederated Villages of Lisjan, as well as the Co-Director for The Sogorea Te’ Land Trust, a women-led organization within the urban setting of her ancestral territory of the Bay Area that works to return Indigenous land to Indigenous people. Born and raised in her ancestral homeland, the territory of Huchiun, she is the mother of three and grandmother of four. Corrina has worked on preserving and protecting the sacred burial sites of her ancestors throughout the Bay Area for decades.

California Indian Genocide and Resilience | 2017 Bioneers panel in which four California Indian leaders share the stories of kidnappings, mass murders, and slavery that took place under Spanish, Mexican and American colonizations — and how today’s generation is dealing with the contemporary implications.