Dine' March to Navajo Nation Council 'No Fracking for Helium' 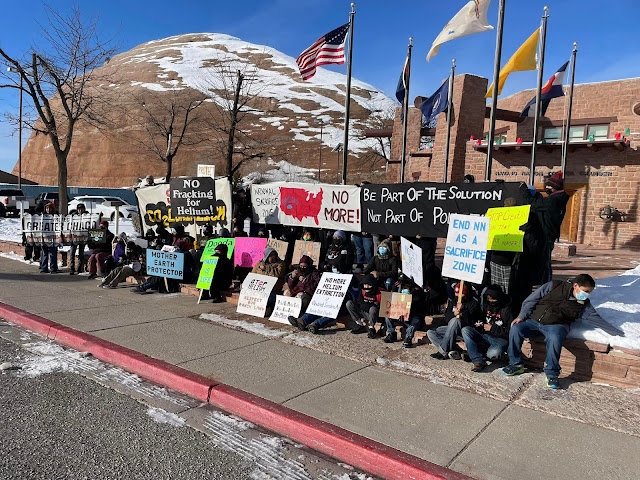 Dine' marched to the newly-elected Navajo Nation Council today, sending a strong message of 'No Fracking for Helium,' in defense of sacred lands.
Photos by Tó Nizhóní Ání
French translation by Christine Prat at https://chrisp.lautre.net/wpblog/?p=7653 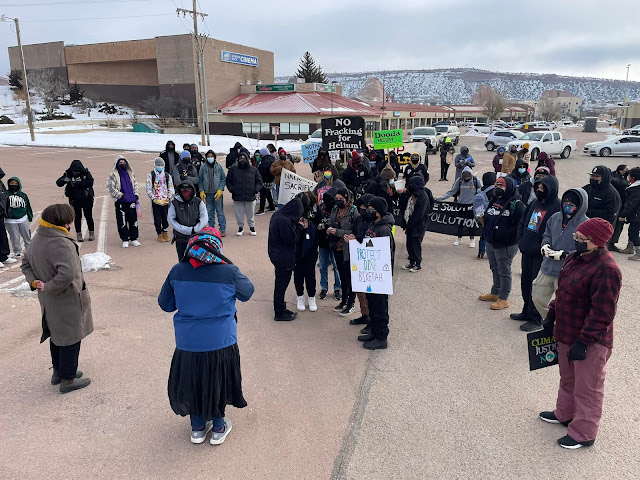 Arlyssa Becenti, Arizona Central, reports that on his last day in office, Navajo Nation President Jonathan Nez vetoed a resolution that would have approved operating lease agreements between the Navajo Nation and Navajo Oil and Gas to explore for helium near two communities. The Navajo Nation Council approved the measure despite concerns about the threat of water contamination and the legacy of abandoned uranium mines. The legislation would have authorized Navajo Nation Oil and Gas Co. to enter into an operating lease agreement for helium exploration in the Tohachee Wash near Teec Nos Pos and in Beautiful Mountain and Porcupine Dome, near Sanostee.
Read article https://www.azcentral.com/story/news/local/arizona/2023/01/09/navajo-nation-council-votes-to-allow-helium-exploration-on-lands/69782406007/
at January 24, 2023