Broadcast live by Earthcycles http://www.earthcycles.net/ from the US Social Forum Detroit. 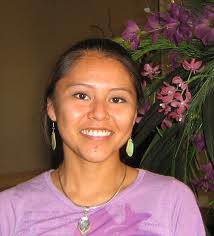 Navajos Oppose New Uranium Mining in New Mexico
The uranium industry continues to target Navajos in the Church Rock, N.M., area, where one of the nation's deadliest uranium spills has already poisoned the land and water. Navajo Leona Morgan describes how Navajos are impacted by death and disease from uranium mining. http://www.ustream.tv/recorded/7887536
Also watch: Tewa Women United from Santa Clara Pueblo, N.M., at the US Social Forum. Los Alamos National Laboratories endangers the traditional homelands and sacred mountains, air and water supplies of Pueblos in New Mexico: http://www.ustream.tv/recorded/7887096
at June 25, 2010

thanks so much for posting this and making us aware of the plight of these peoples and area..its just not acceptable what they are trying to do to the land - blessing from the great spirit...Nicholas