Wikileaks releases from Peru once again reveal the pro-copper mining and anti-Indigenous sentiment of the US Embassy in Lima.

Former US Ambassador Curtis Struble in Peru expresses fear that Indigenous may once again govern Peru. Struble is again on the look-out for Venezuela's "meddling," and again is tracking Indigenous activists.
This time, on the US watch list, is Aymara activist Felipe Quispe of Bolivia, leader of Pachakuti Indigenous Movement, according to the June 19, 2007 cable.
In one of six cables released Friday, Feb. 25, from Lima, Ambassador Struble writes of the regions of Peru. He said the southern highland province of Puno has an "affinity for far-left radicalism." Struble fears Venezuela is involved here and fears the movement of Bolivarism.
"Evo Morales is widely popular, but he is admired for his poor, indigenous background, not for his political views," Struble wrote.
Continuing his obsession with the feared "radicalism" and Indigenous rule in Peru, Struble writes of the "ethnocacerism" of Antauro Humala. He calls this "a murky philosophy that seeks to return Peru to a past when only indigenous persons wielded political power."

Struble calls Apurimac, "a southern highlands region and former Humala stronghold." He fears that "Apurimac voters would again turn to radical, 'anti-system' candidates -- to the Humalas or 'someone just like them' -- in future elections."

The diplomatic cables from Peru reveal the US white imperialism backbone of the US Embassy in Lima. Further, the cables reveal the secretive global structure that promotes and protects mining operations, without regard to the environment. The US Embassy in Lima identified Indigenous activists and placed them on their watch lists. Mining companies around the world have been responsible for the assassinations of Indigenous community organizers.
In a previously released cable, Ambassador Struble exposed the fact that the diplomats of five countries -- US, Canada, Britain, Switzerland and South Africa -- organized in Peru to promote and protect mining. This was done in response to ongoing Indigenous protests of mining.

The US and Canadian Ambassadors met with these mining companies: Antamina, Newmont (Minera Yanacocha), Minera Quellaveco, Barrick, BHP Billiton (Tintaya mine). The diplomats were from the US, Canada, the Swiss Charge, the new Australian Consul General, and the British Embassy Trade and Investment. "A representative from the South African Embassy, which forms part of this diplomatic mining group, was unable to attend," the cable said.
In Friday’s release Ambassador Struble writes, "Many foreign mining firms are finding that the region is rich in mineral deposits, and will soon seek permission from the Ministry of Energy and Mines to develop these resources. The Ministry has few if any back-linkages to the highlands, Quechua-speaking communities that live in potential mining areas," according to the cable of May 7, 2007.
"Two mega-mining projects could transform this predominantly agricultural region with massive, multi-billion dollar investments. The Las Bambas copper project, operated by the Swiss company Xstrata Copper, is located on remote land in southeastern Apurimac, far from major population centers. Xstrata executives told Emboffs that the project is in the exploration phase and that they expect to earn some $200 million in revenue per year once they begin production in 2010 or 2011. The second project, controlled by the consortium Apurimac Ferrum, would focus on mining Andahuaylas province's vast iron ore deposits," according to the Sept. 8, 2008, cable.

Expressing the pro-mining and anti-Indigenous stance, Ambassador Struble said in another cable that the US had found a friend in Prime Minister Pedro Pablo Kuczynski in 2005.

Kuczynski is now a presidential hopeful in Peru in 2011.

"With the appointment of new Prime Minister Pedro Pablo Kuczynski, we have an influential government ally in a position that is willing to tackle the lawlessness issue in mining communities," Struble said in a cable on August 19, 2005.

Kuczynski has a long history with the World Bank, International Monetary Fund and as president of Halco Mining Co. in Penn, responsible for mining in Africa. He is the son of a German scientist who relocated to Peru.

In another cable released Friday, Feb. 25, Former US Ambassador Michael McKinley discusses the protection of water resources in Peru. Once again, the Ambassador is on the lookout for Indigenous activists at a protest blocking a highway in Peru, where protesters were opposing taxes on water for farmers.

Cable stating US found a friend in Kuczynski:
http://www.guardian.co.uk/world/us-embassy-cables-documents/38881 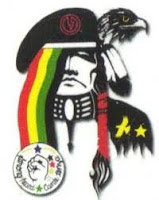 Following the most recent revelation of elder abuse in the Porcupine
Elderly Meals Program, elders have met regularly with the traditional
Strong Heart Warrior Society in order to explore ways to get
accountability. Even tribal officials that have voiced support for
the elders are now backtracking, likely out of fear of retaliation by
corrupt families and officials.

Porcupine District President Virgil Bush and Porcupine Representative
Scott Weston announced a hearing for the elders on February 21st -
but the hearing never happened even though elders had gathered to
attend. The meeting has reportedly been delayed to February 28th
though activists are skeptical.

The truth depth of corruption within the Oglala Tribal Council, as
well as its cultural separation from traditional elders and the Lakota
people, is becoming clear to those even outside of Pine Ridge.

“So we have become our own worst enemies, we don’t listen to what our
elders have to teach us,” added Martin.

Pine Ridge elders, many of whom count Lakota as their primary
language, have made complaints and filed grievances to the best of
their ability. But the tribal council is playing a cat and mouse game
of delay and denial, saying the elders fate lies solely at their
discretion. Elders and activists point out that Council member
Deborah Rooks-Cook still remains in her council position despite her
admission she pushed and threatened elders with a gun at a secret
council meeting.

The Strong Heart Warrior Society points out the corruption in the
tribal government is a reflection of the distrust, dishonesty, and
cultural genocide that has been brought to Pine Ridge and other
reservations by white colonization and Christianity. Nearly ¾ of the
Lakota people have lost their language, and the traditional language
is on the verge of extinction in Pine Ridge. Few bother listening to
the traditional elders – which is part of the cultural system that
keeps elders healthy, engaged, and valued.

“We never take the opportunity to listen to the elders anymore – to
hear them,” Martin said. “They get upset and angry – into stress modes
– then they get sick, some of them die.”

The Strong Heart Warrior Society is calling upon all people who
support Lakota elders, Lakota sovereignty, and accountability to send
letters to tribal council officials as well as to the U.S. Department
of Justice and President Obama demanding a full-fledged investigation
into the corruption in the Bureau of Indian Affairs supported Oglala
Tribal Government.

"The laws of the Oglala Tribal Council don't belong to our people, but
to White America. Only by taking on traditional Lakota customary law
can our people be truly sovereign and free."
at February 25, 2011 No comments: