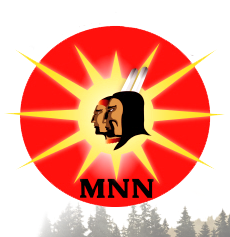 http://www.mohawknationnews.com
MNN. Feb. 24, 2011. If the Arab Indigenous nations can bring down the dictators, can they unite? Indigenous are united by blood to our families, clans, communities, nations and tribes. Our natural affiliation can’t be erased. Colonial relationships are artificial, changeable and will die out.

Are there similarities between us and the Arabs? Bankers crave the resources of the Indigenous people worldwide. They fear we may once again govern ourselves.

In Libya Gaddafi and his small tribe became the super band/tribal councils governing everything. The oil resource is the legacy of all the people. He placed his family in all the important positions. He was careful not to use excessive force against his people. His private paramilitary forces include foreign mercenaries to control and kill for him.

These traditional tribal affiliations could decide the outcome of current protests. Gadaffi’s crackdown prompted many to unite. Who, if anyone, those protesters are answering to is unknown. Indigenous people answer to themselves as the power is in the people. Divide and rule of Indigenous tribes is governed by outside power and money.

This strategy is familiar. When the French and English washed up on our shores, they immediately tried to figure out and take over our power structure. It was based on friendship and alliances between hundreds of Indigenous nations. We agreed to live peacefully. If one member deviated from the great peace, sanctions followed. There were no leaders, just the people.

As in the Middle East, imaginary borders were created to divide us. Some of our nations ended up in many colonial jurisdictions.

Our natural affiliations never disappeared. We all had the principles of peace and equality in common. We are the inherent caretakers of the land, above, on and below the earth. The size of the nation does not matter. Each has equal rights. Decision are made through consensus and the best interests of all.

Outsiders turned out to be dangerous. Colonists set up band and tribal council puppets. They gave them power, money and protection. The rest of the people were kept poor, hungry and angry. Today across Great Turtle Island colonial mini dictatorships try to run our communities.

When we protested an incursion onto our land in 1990 foreign troops were brought in to attack us. We remembered that our people cannot defect from who we are. They came from everywhere to defend us.

Indigenous ties are misunderstood. Colonists create structures and conflicts to divide us.

The Arab tribes have their own traditions in common that unite them.

We have the tree of the great peace that was planted so that its roots went in all directions. Anyone wanting peace can trace the roots to the tree and take shelter.

Two messengers, Dekanawida and Ayonwatha, went to all the Rotinshonni:onwe [Iroquois] nations to stop their conflicts and form a confederacy based on peace and friendship.

The Mohawks joined first. The Oneida, Seneca and Cayuga then joined. Later the Tuscarora joined. The Onondaga were under the control of the feared brutal Atothardo, who terrorized and killed his own people. He was depicted as having snakes coming out his head and with a crooked body.

Atotharho was eventually subdued. The snakes were combed out of his hair, songs were sung to him and the great peace was explained. Finally he agreed to join the confederacy and was appointed its chairman. He had been convinced there was a better way to work with the people. Rather than using fear, terror or obedience to control them, he mediated peace and was given respect.

The principles of the great peace are based on the natural world known by Indigenous people worldwide.

What would happen if natural Arab Indigenous affiliations formed the basis of a confederacy throughout the Middle East? The artificial borders created by outsiders would be erased. The Arab people may become united and more powerful in order to stop resource rape and murder. All of humanity would benefit.

Great story, keep on this line of thought. I know there already are people united, and are showing that now. We need to heal ourselves, then reach to others to make the connection that we are all tribal people.