A writer's life: Whether to blog

Many people ask me about starting up a blog or news website. First of all, you need original content. This means either you have to be present, or a writer/photographer has to be present.
If you just sit in your easy chair and rewrite others work -- or rewrite press releases with a phone call added -- you won't attract readers.
The other key is to find a way to survive. It is very difficult, nearly impossible, to get donations for a blog or news website.
If you choose to have advertising, then you put yourself in another situation. If you have ads on your website, then you need to pay your writers and photographers. You also need to study copyright laws carefully, and be prepared to pay thousands of dollars if a photo is accidentally posted that was copyrighted. You also need to understand the laws regarding libel, slander and defamation.
To sustain a website you have to have a great deal of passion about what you are doing. Your passion, and sense of purpose, will see you through, and keep you from getting too discouraged over working without pay.
With the new video cameras, audio recorders, and easy digital cameras, it is easy to share the actual voices and images of what is really happening.
If you want to have lots of page views, then you have to have breaking news, or something that no one else has.
If you are a grassroots person, there's plenty of opportunities to record stories and wisdom. Someday you'll be saying to yourself, "I thought I was writing news, when I was really writing history."
Best of luck, Brenda.


Brenda Norrell has been a news reporter in Indian country for 32 years. After serving as a longtime staff reporter for Indian Country Today, she was repeatedly censored, then terminated in 2006. As a result she created Censored News, now in its 8th year, with 2.9 million page views, and no advertising or sponsors. She is blacklisted by the paying media.
at January 09, 2014 No comments: 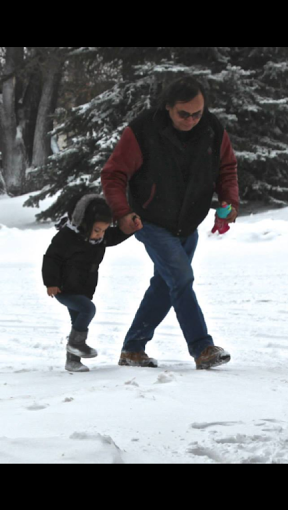 Audio: Deal making behind purchase of BHP Navajo Mine

Deal making behind purchase of BHP Navajo Mine
-This audio is in Navajo and English, but we can translate to English if we get enough requests. PLEASE share with your parents, grandparents, friends, and neighbors.

- This audio is a report by Shiprock's Council Delegate, Russell Begaye on the purchase of BHP Navajo Mine. It is an enlightening and totally incredible report on the wheeling and deal making that took place under the cloak of secrecy in Window Rock to buy the BHP Navajo Mine. The extreme measures taken by the Department of Justice, Council Delegate LoRenzo Bates, Navajo Transition Energy Company, BHP Billiton, Navajo Nation Attorney General Harrison Tsosie and President Shelly to keep the public out of the process borders on criminal conduct.

- Where are the $3 million due diligence reports? Where is the transparency of the Navajo Mine purchase? Where is the democracy for the people to voice their opinions and make an informed decision?https://soundcloud.com/lgkiyaani/russell-b-coalmine-purchase

For more information, contact: Ed Becenti at rezztone@yahoo.com
at January 09, 2014 No comments: