Australian Aboriginals were secretly photographed under surveillance by the government of Australia. Now, the spy photos of Aboriginal land rights activists, authors, playrights and artists are the subject of a photo exhibit.

"The 70 photos of people such as author Frank Hardy, Aboriginal activists Eddie Mabo and Gary Foley, film critic David Stratton and actor Bob Maza, among a range of Australians who went on to become prominent in public life," Business Insider reports.

Gary Foley, Gumbainggir from New South Wales exposed Aboriginals deaths in custody. Foley worked with the "style and language" of the Black Power Movement in America. Robert 'Bob' Lewis Maza was an actor and playwright, whose father was a Murray Islander and mother was Aboriginal Yidinjdji.

Damien Minton Gallery announced that the photos will be viewed for the first time. These are previously secret ASIO, Australian Security Intelligence Organisation, images sourced by the creators of the documentary series, Persons of Interest, Smart Street Films, Haydn Keenan and Gai Steele.

The director of the documentary series, Haydn Keenan, said the photos are “… images with no author, created by the State, of those who threatened it. They are secret political images, stolen to gain power over the subject. Here is a machine aesthetic. No artful frame or composition proposed, but uncannily appears.”

The gallery said the photographs were created as documents and records of surveillance by secret ASIO operatives going about their work monitoring the activities and meetings of people who the state considered to be ‘a person of interest’.

Images that once served a functional purpose are for the first time displayed in a gallery context, crossing the boundary into the ‘aesthetics of surveillance’.

Viewers can now frame references, contexts and narratives beyond the intent of the anonymous ‘authors’ who were on secret official duty.

"The cinematic quality of the selected images trigger references into the world of dangling Hitchcock like suspense or even the mundane recording of everyday activity echoed in the genre of ‘vernacular photography,'" the gallery said.

There’s a paradox to an exhibition of ASIO photos in an art gallery, because they are not art, filmmaker Haydn Keenan told Business Insider.

“They were taken not with the intention of becoming history, but that’s what they are. And the artistic aesthetic is unintentional. The object of the photo is to identify the subject and those associated with them,” Keenan said. “One of the objects of secretly obtained photos is to gain political power over someone without them knowing it. There is a strange theft of identity involved.”


From 'Persons of Interest': Image collected by ASIO from magazines, newspapers are catalogued and people identified. Generally numbers on the image indicate the person already has an intelligence file. Here an Aboriginal group from Queensland are an interesting cross section of Christian and community based older activist with the young Dennis Walker (seated). Walker would become the Minister for Defence in the Black Panther Party of Australia (BPPA) and one of the most radical advocates of black self determination in Australia,. He was one of a group of young Aborigines who rejected the pacifist ideologies of the older generation and drew heavily on international liberation movements and organisations like the Black Panthers in the U.S. 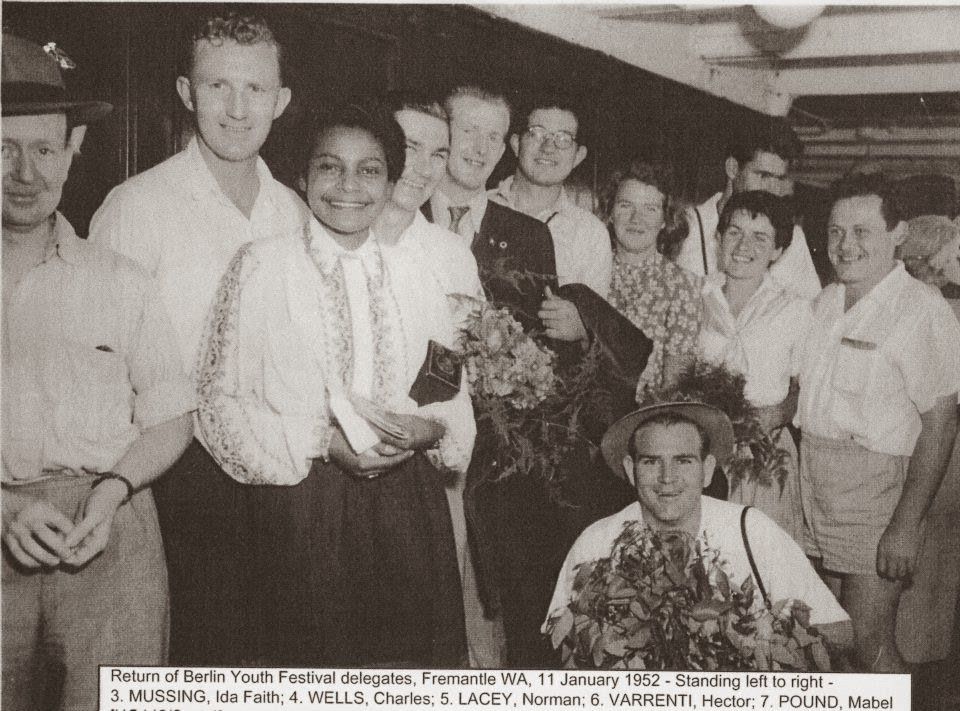 Persons of Interest: "From it’s inception in 1949, ASIO kept track of all Aborigines involved in political activities. Whether they were associated with the Communist Party or Christian groups their interests were common – equity for Black Australia."

Below: Spying on Aboriginal Tent Embassy

On 26 January 1972, four Aboriginal men -- Michael Anderson, Billy Craigie, Tony Coorey and Bertie Williams -- arrived in Canberra from Sydney to establish the Aboriginal Embassy by planting a beach umbrella on the lawn in front of Parliament House (now Old Parliament House). The Embassy was established in response to the McMahon Coalition Government's refusal to recognise Aboriginal land rights. 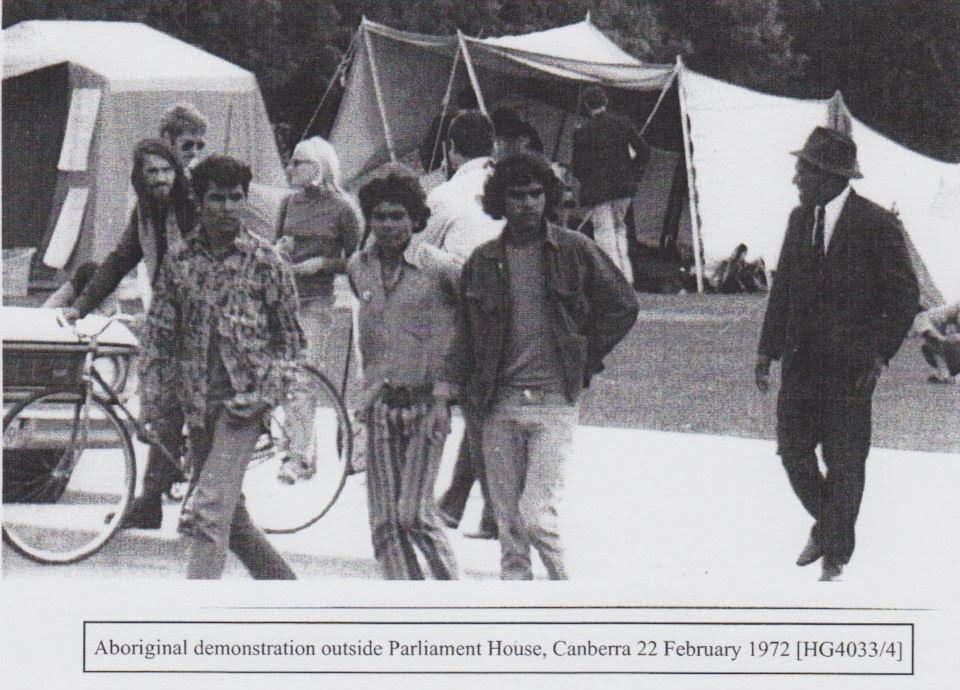 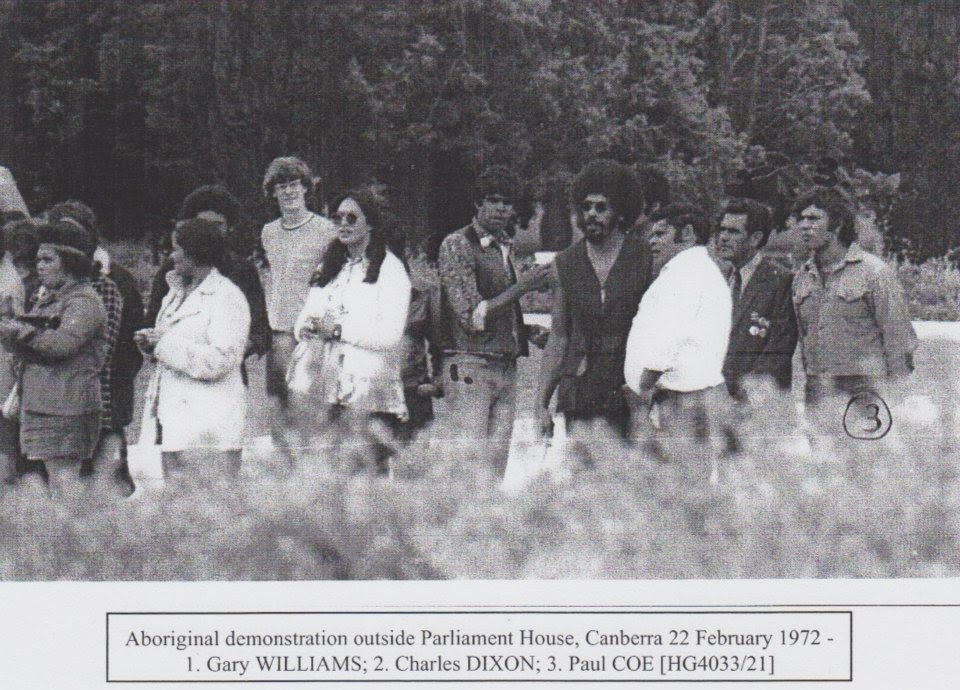 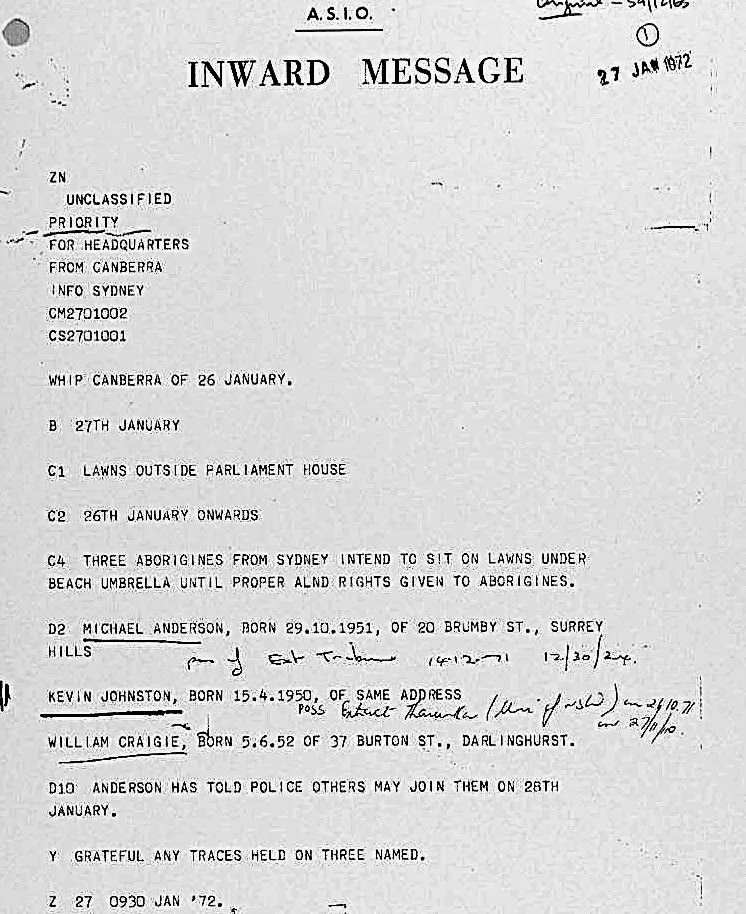 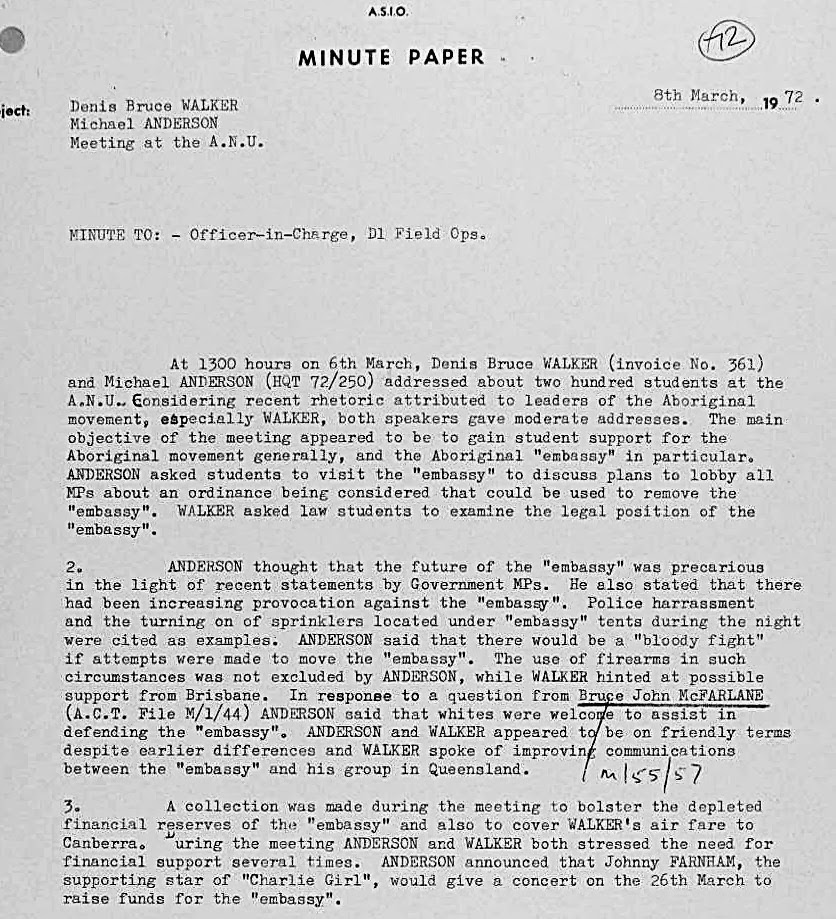 THROUGH THE LOOKING GLASS

Most interesting article.
I hope that this exhibition will travel to all the Australian States and Territories.
We need to be informed about the proud struggle of Aboriginal activists , and what they had (and continue to have) to put up with.