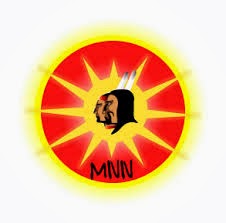 MNN. Jan. 16, 2014. The American Revolutionary War was sold to the British colonial settlers on Great Turtle Island as an effort to break away from England so they could become free of indebted slavery.

Washington: “What! None of us an swim?”
Cornwallis and Washington would meet every Thursday night in the Masonic Lodge to prearrange all the battles “fought” in 1776, 1777 and 1778. Both were 32nddegree Free Masons. It was all theatre to plan who was going to win or lose. Washington would start a musket volley, the British would return fire, 10 Americans and one or two British would be injured, then the Americans would run away and the British could never catch them. The rag tag fighters would have their shirts tied on their feet for boots, until apparently they got some money from Congress!

“Honey, it’s my Thursday night meeting to cook up some war”.
Until December 1778 the biggest army Washington could muster was 1,000 men. His first victory was December 17, 1778 against the Hessian mercenaries sent over by King George to lose to the Americans.
In January 1779 General Sullivan amassed a troop of 13,000 men. In February 1779 he marched them with horses and cannons. They came at us with everything they had, through Seneca country, to attack the Iroquois capital at Onondaga. In the meantime, the British army parked their ships in Quebec City and took a year off. They let the Americans finish the dirty work on the Iroquois that Champlain started in 1609.
The real reason for the American Revolutionary War was to attack the Iroquois and to divide and conquer the Indians by putting up a corporate border [a pretend line] through the center of our territory. We noticed right away the same families were running everything on both sides of the border.
The Constitution of Peace was turned into the constitution of war. The Council of Women was replaced with the Senate [all men] and the consensus process was changed from one mind to 51%. The people could never again become of one mind on any issues. Any war will continue forever.

Map of New Babylon of corruption, ungodliness, materialism & sensual pleasure.
The Masonic dream was to turn America into the new Babylon. The original streets and building designs of Washington DC shows this.
The corporate fraud played on the settlers is  Americans swearing allegiance to a war constitution.

One star for each Christian crown family of bankers, City of London.
The legalese language ensures that the American ruling family version of the hierarchal system stays in power forever. The American hierarchy is owned outright by the City of London bankers.
Every war since then has been a false flag. If the settlers don’t stand with their Indians now, then every American and Canadian is in on the fraud and dooming the future of their own children. Another war is coming soon to a neighborhood near you by way of a false flag.
As the Beatles sang: “You say you want a revolution. Well, you know we all want to change the world. You tell me that it’s evolution. … You say you got a real solution. Well, you know we’d all love to see the plan…”  The Beatles. “Revolution”.
Social Studies for Kids. “US History”.
MNN Mohawk Nation News kahentinetha2@yahoo.com  For more news, books, workshops, to donate and sign up for MNN newsletters, go towww.mohawknationnews.com  More stories at MNN Archives.  Address:  Box 991, Kahnawake [Quebec, Canada] J0L thahoketoteh@hotmail.com for original Mohawk music visit thahoketoteh.ws

Ifor one am not at all surprised by this disclosure thsat the MASON were the perpetrsators of the HOAX called the Revolutionary War. All the signs were there of this comic opera, yet no one dared question its authenticity out of fear of being done away with. I must thank Brenda Norrell for opening up this falsehood for the world to see.

All of this exploitation began after Jacques Cartier and Samuel de Champlain landed in North America, and falsely called it the New World by the European Colonial Powers.
The worst of all were the Catholic Church of France, because a Cardinal was Chief Minister and Rome wanted all the loot that it could lay its hands on.

Special thanks to Mohawk Nation News for this great column, and for sharing it with Censored News!