MNN. Jan 20, 2014. The following is a legally issued Mohawk Notice released in 2007 and is the law of this land. Everyone is required to read and abide by this notice according to Guswentha/Two Row Agreement. 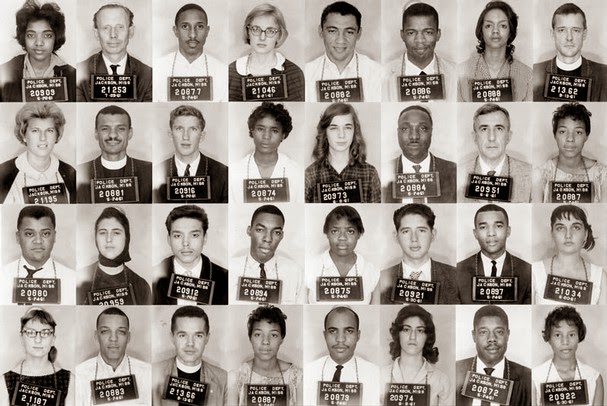 On this day in history, Martin Luther King Jr. Day, Censored News remembers those youths who put King's call into action, the Freedom Riders of 1961. They were beaten, some almost to death, placed on chain gangs in Mississippi, and faced death at the hands of southern police, for riding buses through the segregated south. Wach documentary at PBS http://www.pbs.org/wgbh/americanexperience/freedomriders/
Widely censored in the US, Martin Luther King Jr. rallied against war and US militarism:
http://www.theguardian.com/commentisfree/2013/jan/21/king-obama-drones-militarism-sanctions-iran
Documents: FBI letter to King urging him to commit suicide and COINTELPRO documents:
http://news.rapgenius.com/Federal-bureau-of-investigation-suicide-letter-to-martin-luther-king-jr-annotated

Leland Grass said the Nohooka' Dine' statement was issued in support of a leader who will protect the Nation's resources and bring economic ventures that do not deplete the Nation's collateral. The leader would be one who has not participated in criminal activity as accused by Justices.
"The one, best qualified and knowledgeable about the four-legged, proper Tribal Grazing permits and Home site leases, those individuals should run for office. In doing so our Nation will have a future that envisions Hozho’."
Grass said those accused of pending criminal charges should vacate their offices. Those convicted should never run for tribal office again, he said.
Because of those accused of crimes, the Navajo Nation legislation that has been voted on for the past four years is now void or invalid, including the signing off of any final legislation or business.
Nohooka' Dine' strongly urge the Navajo Nation Council delegates to return to the 48-member council.
Nohokka' Dine' fought for the horses when Navajo Nation President Ben Shelly executed the horse round up on the Navajo Nation.

Nohooka' Dine' Leadership Statement posted on Scribd by brendanorrell
at January 20, 2014 No comments:

MNN. Jan. 18, 2014. Once upon a time everyone in the world lived by the Great Law of Peace. We were all equal, had a voice and lived as one with the natural world. Each person was a sovereign. Ka-sa-sten-sera kowa sa-oiera, our constitution, is the oldest constitution on earth. Anyone can follow the white roots to its source and sit under the shade of the tree of peace. As Dekanawida told us, the way to peace is through using our own minds. 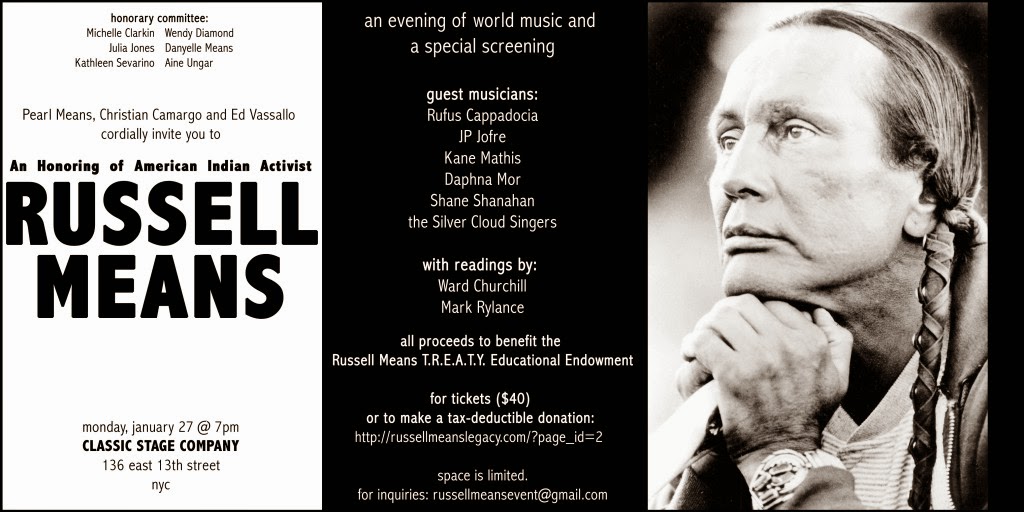 WASHINGTON, D.C. (Jan. 20, 2014 – John Kane, Mohawk activist and national commentator on Native issues, was a featured speaker Thursday, Jan. 16, at “Who Decides You’re Real? Fixing the Federal Recognition Process,” a two-day conference at Arizona State University in Tempe. The conference was hosted by the Indian Legal Clinic at the Sandra Day O’Connor College of Law at Arizona State University.

Kane’s presentation, which came at the conclusion of the panel, drew a standing ovation from the audience. His remarks can be found at the 1:27 mark at http://mediasite.law.asu.edu/media/SilverlightPlayer/Default.aspx?peid=824c4937ac504f03abf9fe96c2757d811d.

"OUR sovereignty — our right to life and our freedom — is a product of Creation. When we do an opening [Ohenton Karihwatehkwen] in my homeland, in the territory of Haudenosaunee, we do a whole acknowledgement about relationships. We start by acknowledging the people, everybody who is here. We acknowledge the ground to the stars. We talk about relationships. The problem with the federal recognition process is it’s all about ONE relationship between a specific Native people — we say the Ohnkwe Ohnwe, the original people, forever in both directions, that’s our word — and the Bureau of Indian Affairs."

"I’m not recognized by the Bureau of Indian Affairs. I’m not a tribe, band or nation of Indians subordinate to the laws or customs of the U.S. There is no Mohawk Nation recognized by the BIA. There is the St. Regis Tribe. And they actually threw the word Mohawk in there not long ago, so they’re the St. Regis Tribe of Mohawks. But we’ve seen this happen to all of us. Now, it’s the Oneida Tribe of Wisconsin, the Oneida Indian Nation of New York, the Seneca Nation of Indians, and the Tonawanda Band of Senecas. Somewhere along the line somebody drew a border right through Kanienkehaka territory. Part of this border is the St. Lawrence River but most of my people live on either side of this imaginary line. So the observation about the non-federally recognized people asserting more sovereignty than perhaps the federally recognized ones?  I think we qualify for that because we don’t let that stop us.  You will never see us apply. You will never see the Kanienkehaka submit a petition for federal recognition."

"Now I understand the value of that [federal recognition]. And let’s face it. The 800-pound gorilla in the room is gaming — and federal funding. But we need to do more for each other. What’s missing in the declaration that will be presented later and signed [at this meeting] is trade and commerce among each other. We need to have THESE kinds of relationships with one another. THAT is the definition of sovereignty, of sustainability, and not what federal funding we can get or how many casinos we can operate. Now I’m not condemning gaming but let’s be clear — gaming is not possible because of IGRA. And it’s not possible because of Cabazon. It is possible because of sovereignty. All Cabazon did was to recognize what we already knew. Of course it paved the way for non-Native people to become our vendors and opened the door for state governments to get into our businesses. That’s what IGRA did. But it also opened the floodgates to a whole lot of people anxious to get a casino. Federal recognition is the pathway for that."

"We need to start recognizing each other. When I talk about our Ohenton Karihwatehkwen– that opening we do – we talk about relationships. But if we’re not talking about these relationships, and if all we’re talking about is a petition that ends up on the desk of someone at the BIA, we’d better start thinking about decolonizing our minds."

“We need to rethink the definition of federal recognition because I’m not a ‘tribe, band or nation of Indians’ subordinate to the laws and customs of the U.S. I acknowledge them but they need to acknowledge us. The battle that rages even among us in this whole process is the debate about how the federally-recognized tribes deal with non-recognized tribes. That’s a whole other challenge. We need to be standing with each other. Whether the BIA wants to recognize any of us or not, we need to make sure that we recognize each other. We need to be standing beside one another and de-colonizing our minds.”

A question-and-answer session followed the panel discussion. Kane was asked for the reasons why he believes that Mohawks will never petition for federal recognition. “Distinction is [at the heart of] the issue,” said Kane. “The problem with the federal recognition process and what is recognized is that it changes the dynamics of a people, because once it is granted there seems to be this move toward more assimilation. There seems to be [the mindset of], “Let’s build something that looks and feels like the state or federal government” whether it’s the regulatory systems [or something else]. It’s the issue of distinction and autonomy. Sovereignty doesn’t mean that we DON’T have a relationship with the federal government. If someone receives federal funds, and then someone says, “Oh, you’re not sovereign because you receive federal funds,” then what does that say about, for example, Israel? What does that say about any other nation that the federal government throw a ton of money at? In the Mohawk language, the word we use for “treaty” is “we give up our land for peace.” Well, we didn’t just give it up for peace. There were some obligations made then. So when I sit here and hear commentary from a Justice Marshall that says we’re “wards of the state,” or that we’re “domestic dependent nations,” that doesn’t mean that we’re not sovereign. We are not wards of the state. It is not charity that comes into our territory. That’s obligation. That’s debt. We are creditors. But this federal recognition process and what happens when the federal government says “now we recognize you as a tribe, band or nation of Indians subordinate to OUR laws, that’s the biggest obstacle that I have toward it [federal recognition].”

# # # #
About John Kane
John Karhiio Kane is a Mohawk from Kahnawake. He lives on the Cattaraugus Territory of the Seneca Nation and has a direct connection to the people and territories of the Six Nations. John has been involved for most of his adult life in Native issues and, specifically, defending Native sovereignty. Part of the First Nations Dialogue Team in the late 90s, he worked extensively with the League of First Nations in battles with New York State over taxation. John, an expert commentator on Native American issues, is host of a two-hour weekly radio show, "Let's Talk Native...with John Kane" – now in its fourth year – which airs on ESPN Sports Radio WWKB-AM 1520 in Buffalo, New York. He appears frequently on regional TV and radio programs, including “The Capitol Pressroom with Susan Arbetter,” “YNN - Your News Now,” and WGRZ Buffalo Channel 2's (NBC) “2 Sides with Kristy Mazurek.”  He has been featured on Al-Jazeera Arabic, with more than 50 million viewers in the Arab world. John is a regular guest/commentator and guest host on WBAI-FM (Pacifica) in New York City; WPFW-FM (Pacifica), Washington, D.C.; KFAI-FM, Minneapolis/St. Paul, Minn.; and KQRS-FM, KXXR-FM and WGVX-FM, Minneapolis. He is an op-ed columnist for “The Two Row Times,” a weekly news publication that reaches the Ontario-wide Native market and Haudenosaunee communities in the U.S. John publishes the Native Pride blog, which can be found at www.letstalknativepride.blogspot.com. His blog has readers in 20 countries. John has a page on the ESPN website at http://www.espn1520.com/pages/17325417.php and a "Let's Talk Native...with John Kane" group page on Facebook. In late 2013, John was honored with a Community Leader Media Award from the National Federation for Just Communities of Western New York.