The latest documents released by Edward Snowden reveal that the US engaged in spying on other countries at the Copenhagen climate summit in order to support American interests and prevent any real climate solutions.

The US is historically the largest carbon emitter, which includes the coal-fired power plants on the Navajo Nation and elsewhere in Indian country.

Rallying in defense of Mother Earth in Copenhagen were large delegations of grassroots Native Americans and First Nations, along with Indigenous Peoples from around the world, working for real climate solutions.

Copenhagen become "Hopenhagen" with new hope for climate solutions and protection of the planet. Carrying forward this hope, Indigenous Peoples gathered in Cochabamba, Bolivia, with President Evo Morales the following year in 2010 for the Protection of Mother Earth Conference, which ignited the movement for the defense of the Rights of Nature, with the release of the Universal Declaration on the Rights of Mother Earth.

The documents leaked by Snowden were made public on Wednesday night by the Danish daily Information. The Danish Information reports:

"At the Copenhagen Climate Summit in 2009, the world's nations were supposed to reach an agreement that would protect future generations against catastrophic climate change. But not everyone was playing by the rules. A leaked document now reveals that the US employed the NSA, its signals intelligence agency, to intercept information about other countries' views on the climate negotiations before and during the summit."

"... the document suggests that the NSA's actual focus in relation to climate change was spying on other countries to collect intelligence that would support American interests, rather than preventing future climate catastrophes. It describes the US as being under pressure because of its role as the historically largest carbon emitter."

After the failure of the Copenhagen climate summit, Bolivian President Evo Morales called for the summit in Cochabamba, Bolivia.

"Those most affected by climate change will be the poorest in the world who will see their homes and their sources of survival destroyed, and who will be forced to migrate and seek refuge," President Morales said.

President Morales pointed out that 75 percent of historical emissions of greenhouse gases originated in the countries of the North that followed a path of "irrational industrialization."

"Climate change is a product of the capitalist system," President Morales said. While citing regret at the failure of the Copenhagen Climate Conference, he said the so-called developed countries failed to recognize their climate debt to developing countries, future generations and Mother Earth.

Previous documents leaked by Snowden reveal that the NSA spied on the climate negotiations in Bali, which also attracted Native American delegations, including the Indigenous Environmental Network. 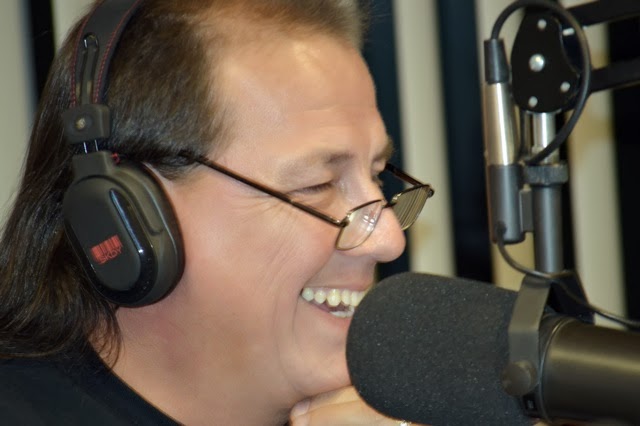 Over the past 11 years that WBAI-FM 99.5 in New York City has been airing “First Voices Indigenous Radio” (FVIR), the show's host and executive producer Tiokasin Ghosthorse has slowly turned his weekly live one-hour radio show into an international broadcast with re-airings of this program on 45 stations in 15 states and one Canadian province.

Tiokasin has built a following of loyal listeners and set a standard for what could and should be expected when a Native voice is given an opportunity to be heard. He strove to provide a platform and a voice to Indigenous issues globally and has, indeed, accomplished his mission.

But 2014 has provided other opportunities for Tiokasin and he has decided to step away from hosting for a bit. Last week I traveled to New York to appear as Tiokasin's guest on FVIR. There it was announced that I would be stepping in as Interim Host for Tiokasin while he goes on a sabbatical to pursue various projects including work with children. A media release was issued immediately following the show by Liz Hill Public Relations, Ltd., in Washington, D.C. My appearance on the show did not come as a surprise or anything new to the FVIR audience since I have been one of the few guest hosts that Tiokasin has relied on over the last few years. This was yet another chance for Tiokasin and me to share the microphone.

Tiokasin will remain FVIR's executive producer and will be no stranger to the show while he pursues his year away as full-time host. Liz Hill, who has produced several Native radio shows in various markets, including producing for FVIR, will also serve as one of the show's producers. Ms. Hill has worked as my publicist over much of the last year and brings her more than 30 years of experience in public relations and media to this valuable media resource.

I will continue to produce and host my own show, “Let's Talk Native...with John Kane” (LTN) airing Sundays at 9-11 p.m.on ESPN Sports Radio WWKB- 1520 AM in Buffalo, N.Y. and streaming on-line everywhere (on the TuneIn app or athttp://www.espn1520.com/pages/17325417.php?) and transition from my home on commercial radio to listener-supported radio of WBAI in New York each week. The shows will be distinct from one other with LTN maintaining its two hours of free-form style and its live, call-in talk radio format while FVIR will make efficient use of the one hour with a little more structure in one of the greatest media markets on the planet.

LTN will naturally continue to have a strong focus on Haudenosaunee issues but never shy away from Native issues from all over Turtle Island or Indigenous issues globally. Sovereignty, autonomy, distinction and identity will always be an undercurrent of “Let's Talk Native...”
“First Voices Indigenous Radio” will address Native and Indigenous peoples’ issues in a global context. Even as local and regional issues are tackled on the show and guests that will span the spectrum from activism to the arts and politics to other topics so, too, will there always be cognizance of the United Nations and the international community it represents just in the background. FVIR will continue to provide an opportunity to bring relevant Indigenous voices to the audiences of more than 40 radio markets and everywhere the Internet reaches for its live stream and archived shows access.

Of course, the style and brand of radio that I bring will offer a new look and sound to FVIR. A Haudenosaunee and, dare I say it, Mohawk (Kanienkehaka) perspective will also be ever present. My direct, unscripted, leaving little to interpretation style will leave listeners knowing that Native voices and Native thoughts do more than just linger in the Plains and the Woodlands or in desolate little known corners of the globe, and that our voices matter and that our thoughts and concepts resonate far beyond lines drawn in the sand or on a map.

If you are already a listener of “First Voices Indigenous Radio” then you have likely heard me as a host. Please don't view me as a replacement or substitute for Tiokasin but rather as a brother carrying the torch for him for awhile. I'll likely shine the light in a few different places but know that we are both looking for and illuminating the same things. And when we finish this trip around the Sun, the light will be squarely back in the hands of the man who built this program.
If you are a listener of “Let's Talk Native...” and have never heard FVIR, check it out and start spreading the news. I am heading to New York each week. I have plenty to say there and I'll have plenty to say it with.

If two hours of LTN each week is too much for you then catch one hour of FVIR. If two hours of LTN on Sunday night leaves you wanting more, hang on till Thursday morning from 9-10.
Listen at http://www.wbai.org/. And check out the FVIR website at http://firstvoicesindigenousradio.org/. You will always find links and shows on my Native Pride blog and on the “Let's Talk Native...with John Kane Facebook” group page.
– John Karhiio Kane, Mohawk, a national expert commentator on Native American issues, hosts “Let’s Talk Native…with John Kane,” ESPN Sports Radio WWKB-AM 1520 in Buffalo, N.Y., Sundays, 9-11 p.m. Eastern Time. He is Interim Host of “First Voices Indigenous Radio,” WBAI-FM 99.5 in New York City, Thursdays, 9-10 a.m. John is a frequent guest on WGRZ-TV’s (NBC/Buffalo) “2 Sides” and “The Capitol Pressroom with Susan Arbetter” in Albany. John’s “Native Pride” blog can be found at www.letstalknativepride.blogspot.com. He also has a very active "Let's Talk Native...with John Kane" group page on Facebook.
at January 29, 2014 No comments: