Who You Calling Formerly Colonized? 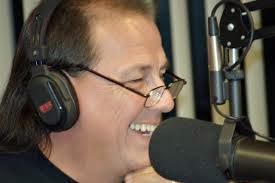 During the past week I have had more conversations about "decolonization" than I have had in my whole life. As I mentioned in one of my Facebook conversations, I am not entirely comfortable with the expression.
Clearly as Native people continue to carve out our existence with the dominant societies, cultures and politics around us, we find ourselves getting caught up in the next word, policy or social theory of the day. Sovereignty became almost synonymous with Native rights. Self-governance and self-determination also began rolling off the tongues of every "tribal leader" and "Indian expert." Oh yeah, and let's not leave out “nation-to-nation” and “government-to-government” relations. Those were good ones.

Never Forget: Environmental activists killed in the past decade 908

Killings of people protecting the environment and rights to land increased sharply between 2002
and 2013 as competition for natural resources intensifies, a new report from Global Witness
reveals. In the most comprehensive global analysis of the problem on record, the campaign group
has found that at least 908 people are known to have died in this time. Disputes over industrial
logging, mining and land rights the key drivers, and Latin America and Asia-Pacific particularly hard
hit.

Released in the year of the 25th anniversary of the assassination of Brazilian rubber tapper and
environmental activist Chico Mendes, Deadly Environment highlights a severe shortage of
information or monitoring of this problem. This means the total is likely to be higher than the report
documents, but even the known scale of violence is on a par with the more high profile incidence of
journalists killed in the same period (1). This lack of attention to crimes against environment and land
defenders is feeding endemic levels of impunity, with just over one per cent of the perpetrators
known to have been convicted.

TWO BUSLOADS OF DEPORTEES LEAVE NORTHWEST DETENTION CENTER UNDER COVER OF DARKNESS, SIX MORE FOLLOW AT DAWN; AT LEAST FIVE HUNGER STRIKERS AMONG THOSE DEPORTED
Update from Andrew Ironshell, Lakota: Last Thursday, Society for a Just Society and allies from across Indian Country held an action at the Seattle Homeland Security headquarters in support of those on hunger strike for the inhuman treatment they are receiving in the prison for profit system.

TACOMA, Wash. -- As supporters looked on, approximately 130 people held at the Northwest Detention Center were taken from the facility this morning as part of its weekly deportation regime. At least five hunger strikers were among those deported, according to an attorney who visited the facility on Sunday. A hunger strike supporter holding a vigil outside the center observed two buses leaving at 3 a.m. under cover of darkness. Supporters who arrived at dawn to offer witness to the deportations watched six more vehicles, marked “GEO Transport,” (five buses and a van) leaving the center. In what has become a new tactic since the February 24th action that stopped 120 deportations, the buses themselves were used to block supporters from seeing people loaded in chains. Despite these efforts, supporters lined the sidewalk as the buses pulled out, making eye contact with those inside the buses, and chanting, “You are not alone!” and “The struggle continues!”
Read more »
at April 15, 2014 1 comment: