Arivaca Arizona rises up against occupying army of Border Patrol 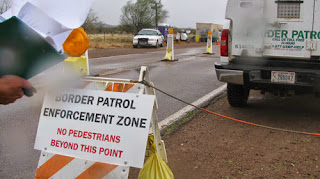 Arivaca rises up against Occupying Army of Border Patrol!

Censored News: The mighty folks of Arivaca, Arizona, have once again risen up against the Occupying Army of the Border Patrol. Some of you might remember when the good folks of Arivaca flew kites around the US spy towers to mess with them. The spy towers were pointed at their homes. There's lots of artists and mellow folks out there. Border Patrol finally said the spy towers didn't work anyway. The equipment did more to damage the bats, birds and pollinators. Border Patrol also couldn't tell the difference between a coyote, cow and human invading with their spy tower equipment, which was all worthless anyway since the massive desert mountains are to the south and prevented a view of the border. That spy tower flop for border spy towers cost $1 billion.

04/16/2014
Border Search
By Jay Stanley, Senior Policy Analyst, ACLU Speech, Privacy & Technology Project at 1:10pm
The ACLU of Arizona today sent a letter to the U.S. Border Patrol demanding that the agency immediately stop interfering with the First Amendment rights of the residents of Arivaca, Arizona, to protest and to photograph government activities that are in plain view on a public street.
The dispute is part of a larger developing story in Arivaca that is actually a pretty incredible tale of citizens rising up against governmental abuse and repression in their own community. I recently spoke with James Lyall, a staff attorney for the ACLU of Arizona, and he described the situation to me:

Arivaca is a community of about 700 people, located 50 miles southwest of Tucson.  It's a small town, in a beautiful part of the Sonoran desert. But when you go there sometimes it feels like you've gone to another country or somewhere where they've declared martial law, just because of the overwhelming Border Patrol presence in the community. There are an unbelievable number of armed federal agents—it seems like every other car or person you see out there is Border Patrol— as well as lots of surveillance towers, drones, and helicopters. Our office regularly takes calls from residents who've been pulled over for no reason, detained and interrogated at a checkpoint, or had Border Patrol agents cutting fences and coming onto their property. Residents describe feeling like they're living in a police state or with an occupying army. Agents will tell people, "You have no rights here," and "You're suspect just because you live here." 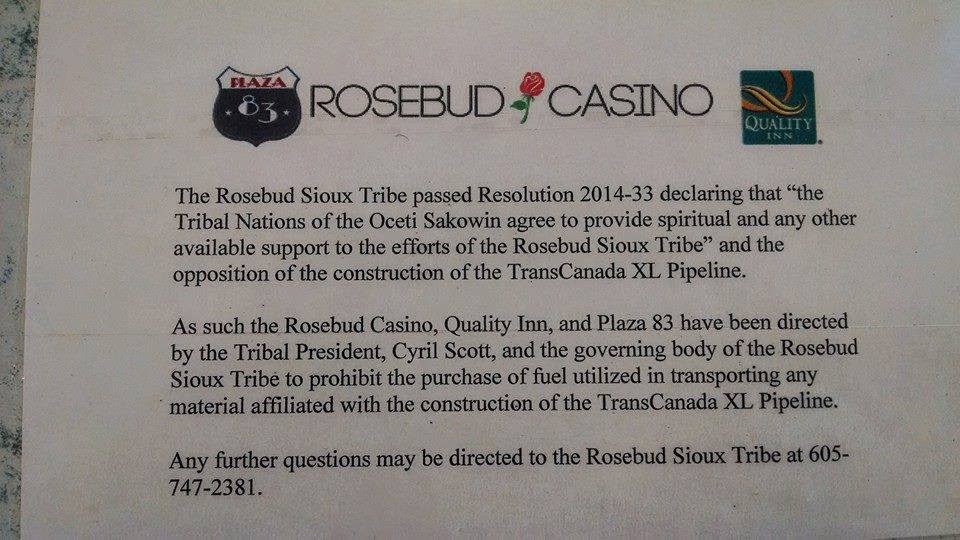 Rosebud Sioux Tribe in South Dakota halted its first megaload and directed its businesses to prohibit the purchase of fuel to anything that transports material affiliated with the TransCanada XL tarsands pipeline!