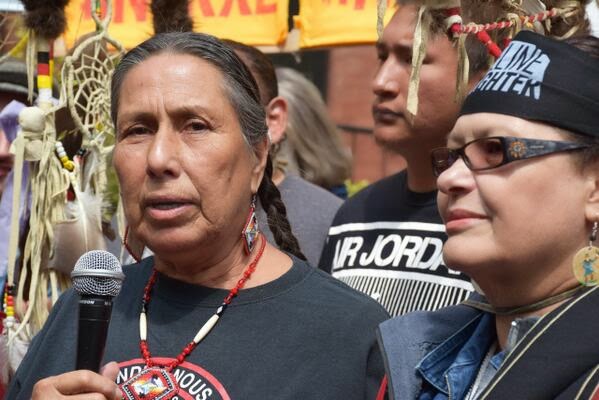 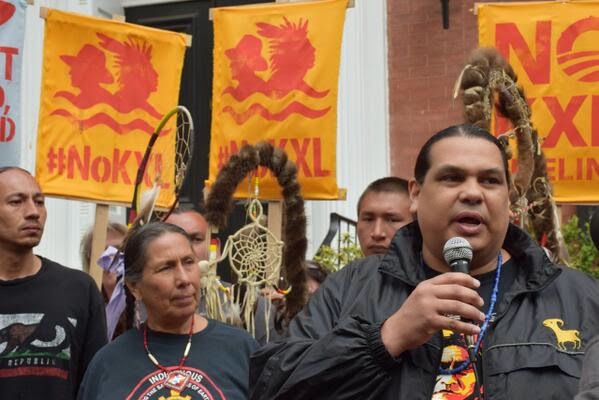 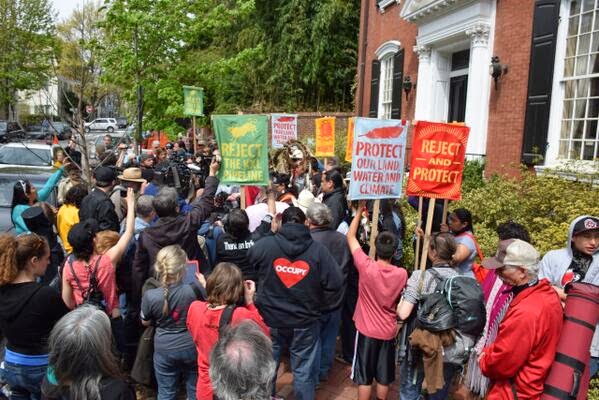 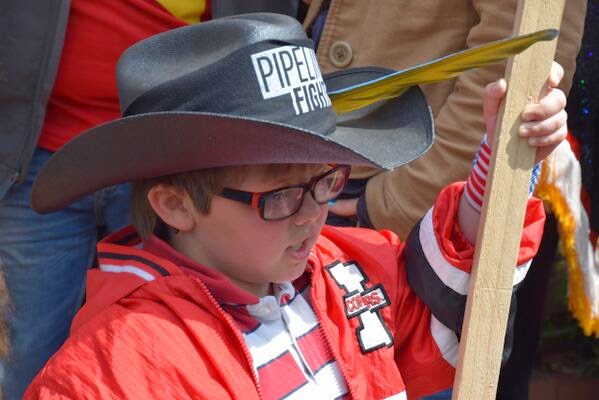 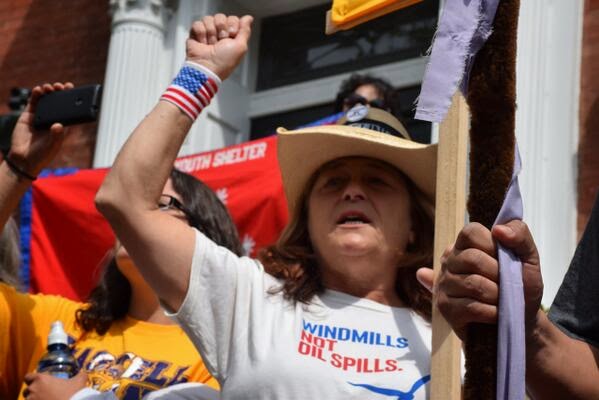 WASHINGTON DC -- Ponca Casey Camp-Horinek opened the Interfaith Ceremony outside US Secretary of State John Kerry's home this morning, during the Cowboy and Indian Alliance's Reject and Protect action to halt approval of the Keystone XL tarsands pipeline, threatening future generations.
"If they won't acknowledge our voices, at least they can acknowledge our prayers," Camp-Horinek said at the ceremony.
Chief Rueben George said his mother told him, "Warrior Up! Stand up and fight for what you believe in!"
"This money will be gone tomorrow, this land will be here forever," said Chief Rueben George, Sundance Chief and Member of the Tsleil-Waututh First Nation in northern Vancouver, BC. 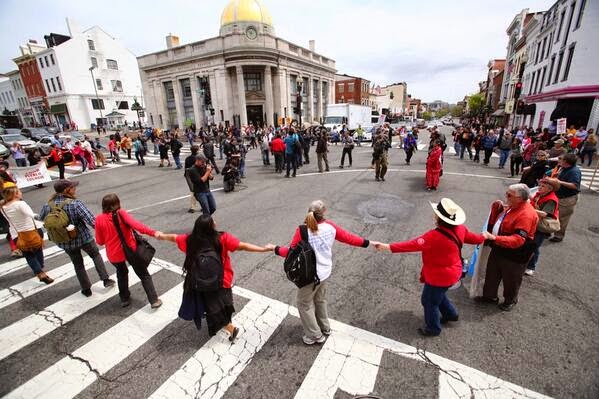 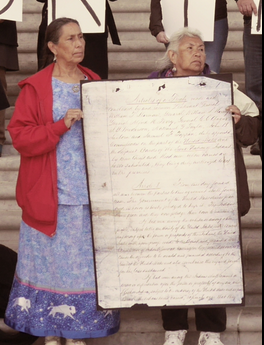 Photo below shared by Bold Nebraska: 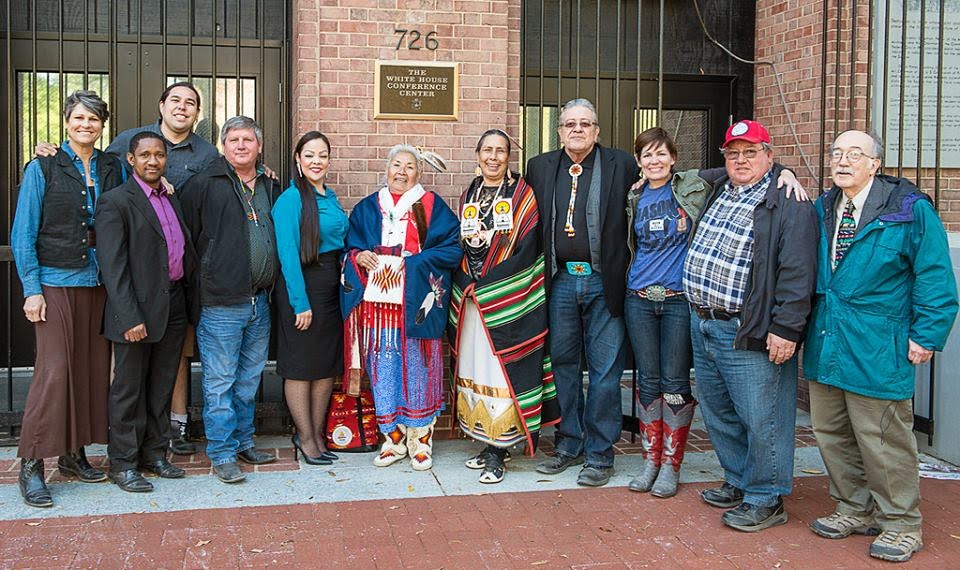 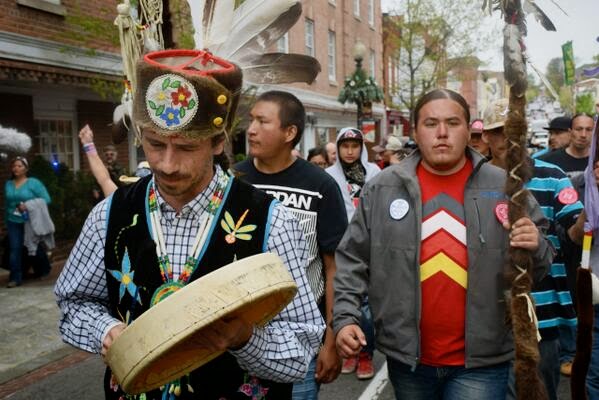 
Native Americans and ranchers are continuing their weeklong protest against the Keystone XL oil pipeline in Washington, D.C. On Thursday, the Cowboy and Indian Alliance rolled out a fake pipeline in front of the Lincoln Memorial and called for leaders to reject the project.

Wizipan Little Elk, member of Rosebud Sioux tribe: "So our message to the Canadian government is let’s do what’s right for North America. Let’s not capitulate to multinational corporations and their greed."

Art Tanderup, Nebraska landowner: "We do not want to pollute our water and destroy our land. We want to see our children and our grandchildren survive on the plains as our forefathers have done for many generations. We need President Obama to reject the Keystone XL pipeline."

Thousands of protesters are expected to join a march on D.C. on Saturday. The Obama administration has delayed a decision on the pipeline for a third straight year.
at April 25, 2014 1 comment: