Writing your own stories, everyone is a storyteller

Writing your own stories, everyone is a storyteller

When it comes to writing down your own stories, there are many good ways, even for people who don't consider themselves writers.
Some people work best at dawn or sunrise, and write "morning pages," just letting the thoughts flow without correcting, that comes later. It can be words and drawings, on any type of paper.
Other people work best recording their stories into a tape recorder, especially while driving or walking, and just letting the thoughts flow. (You or someone else can transcribe these before the tape gets lost.)
Still others tell their stories best on video. But with all technology, it is best to have some sort of back up.
As for privacy with the words you write, you'll need to decide whether you are just working through an issue, and whether you want anyone else to read it.
Before you know it, you'll have a book.
Blogging is a good way to tell stories if you work best on a deadline -- but it has become a dangerous field.
As a warning: The profiteering by the unethical is hard to believe on the web. People will go to extremes to make money off your good work and stories. They'll do everything from plagiarism to rewriting. They often post work on web pages with advertising to make money off others work, or use ad words. They do this in other countries as well, grabbing work from the Internet, and this makes any sort of justice difficult to obtain.
Facebook is a dangerous place to post long original stories, or even original photos or art, for there's always people looking to make a profit off of others work. There's endless schemes to do this. Don't be surprised if Facebook claims they own all your work eventually. This is true for all the services on the web, especially the free ones.
And as always, research non-profits carefully before becoming involved. Ask for a list of the salaries of all staff, copies of the grants obtained and how the money is spent.
And finally read other writers.
When I was a new reporter, I read the leads, first paragraphs, in the New York Times. Today, I would probably choose The Guardian instead.
Years ago, I spent a night in a bed and breakfast on the island of Fiji. I saw the listing on the wooden airport wall. At the home, the room was painted yellow. There was a ceiling fan with a tropical bird singing outside. The home owners, from India, were cooking pungent fish curry for our dinner. I strongly felt the presence of Ernest Hemingway, even though I had never read his novels. On a flat-bottomed boat thrashing around in a typhoon in the Pacific Ocean days later, I felt Hemingway's presence again.
Years later, I read the large book of Hemingway's letters, which offers a great deal about the struggles and gifts of being a writer.
Book reviews can also be inspiring. Libraries are full of the unexpected. The Navajo Library in Window Rock always had interesting historical papers and books.
Elders are always a rich source of stories. And recording life with cameras or video cameras, even inexpensive ones, can be inspiration for stories later.
Inspiration comes in all forms, a walk in the woods, listening to birds, the sound of the ocean, the sight of a mountain, and reflecting on the scents, sounds and images that evoke memories.
So that's a few ideas from the long journey I've been on writing. It is never easy, but if the words won't leave you alone, you just have to wrestle with those, keep trying, and write. -- Brenda


"Writers must oppose systems. It's important to write against power, corporations, the state, and the whole system of consumption and of debilitating entertainments [...] I think writers, by nature, must oppose things, oppose whatever power tries to impose on us." - Dom Delillo, Bronx-born author.
at September 03, 2015 No comments:

Obama’s Grand Alaskan Holiday: Epic Fail in PR
By Brenda Norrell
President Obama’s holiday public relations spree in Alaska could be broadcast with Chevy Chase’s Holiday Road theme song from the National Lampoon Vacation -- if it were not so tragic. Behind all the smiles and jubilee, it is the pristine Arctic that will suffer from Obama’s Shell drilling in the Arctic.
The Alaskan holiday public relations extravaganza begins with Obama approving Shell's drilling the Arctic, and continues with Obama presenting himself as a climate hero.
This duplicates Obama pushing the War in Afghanistan and carrying out targeted assassinations with drones -- while accepting the Nobel Peace Prize.

For an extra touch of Hollywood, Obama plans to be on Running Wild with Bear Grylls while in Alaska. 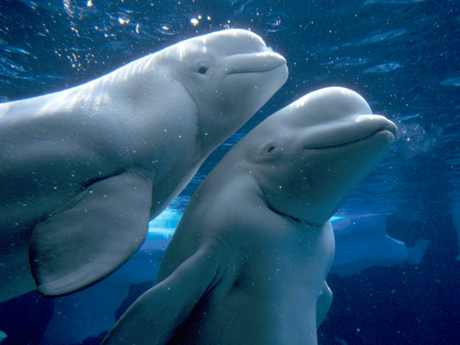 Maybe while Obama and Grylls are keeping it real, they can remember the Beluga whales in the Chukchi Sea who are the victims of Obama's Shell drilling in the Arctic.

"He dances with our children, all the while smiling knowing he is there to hurt them forever, the children do not know what he is or what he has planned for their own children's land water air and food and animals and natural medicines. I know some protect the children from such things but the leaders should have made an example out of him and chased him out like the strong Dine' has done to that low life form called John McCain."
Meanwhile, down in Arizona, Arizona Senator John McCain has a similar public relations scam underway. It comes after McCain sneaked through a land exchange in the defense bill to desecrate sacred Apaches Oak Flat with copper mining. McCain was then chased off the Navajo Nation by angry Navajo protesters.
McCain’s public relations babble goes something like this: “'I was not, I repeat I was not chased off the Navajo Nation by angry Navajo protesters. And besides, when me and my corporate bedfellows destroy Oak Flat and poison the land and water with copper mining, Apaches and everyone else will thank me for those jobs from their hospital beds.”
Sorry McCain, but Navajos have videos of chasing your car to the airport in Window Rock. That’s an epic fail in PR.
Obama’s spin to the United Nations Human Rights Council in May was a global epic PR fail. Thanks to video livestreaming, the lies and deceptions bombarded viewers around the world. While the US delegation was spinning the facts before the UN Human Rights Council, on the same day, Obama approved Shell's drilling in the Arctic.
Obama's delegation to the UN Human Rights Council, led by Keith Harper, Cherokee, concealed the facts and outright lied about US spying, torture, imprisoning migrant children, failed services to veterans, and much more.
With CNN's bombardment of manufactured news, and stay-at-home plagiarizers in the print media copying the web for proft, instead of actually going out and covering the news, deception is now the cornerstone of the US news industry.
Away from the Holiday Road blitz, there are real people, and the real natural world, that will suffer from Obama's oil drilling in the Arctic.
.
In Anchorage, Alaska's Big Village Network held a public demonstration to demand that Obama "Save the Arctic" from offshore Arctic drilling operations currently underway by Shell Oil.
“The Arctic is a vital and critical food security source for Arctic indigenous peoples inhabiting the entire Arctic Region. The Arctic is an international migratory pathway for many animals, birds, fish, and marine mammals,” Alaska’s Big Village Network said.
"Salmon is the backbone our subsistence economy," says Ole Lake, Yupik advisor for Alaska's Big Village Network. "The high probability of an oil spill in the Chukchi Sea drilling operation by Shell Oil directly affects our salmon habitat. The salmon feed of the rich biological ecosystems under the sea ice in the Arctic. All Alaskan Native peoples are impacted and threatened by offshore drilling in the Arctic."
Shell No Alaska has three demands of President Obama: Cessation of exploratory drilling in the Arctic; protection of Indigenous Peoples human rights and Alaska's communities, a rapid and just transition to renewable energy; binding agreements at the 2015 UN Climate Change Conference that are on par with what science has shown is necessary for a livable future.
Carl Wassilie of Shell No Alaska said, "We have to represent the voices of those who can't speak, including future generations and the animals. Arctic drilling is a violation of the human rights of the indigenous peoples of the Arctic. Obama and Shell are bypassing many laws designed to protect our coast and our communities. Obama needs to start listening to the peoples of the Arctic who oppose Arctic drilling."
.

For permission to repost:  brendanorrell@gmail.com
at September 03, 2015 No comments: