Censored News begins our 10th year this month, Sept. 2015, right back where we began publishing an exclusive from the so-called border. We’re exposing the truth about the US Israeli spy towers on Tohono O'odham land. Our labor of love has been published all these years with no advertising, grants, adwords or revenues.
Small reader donations to Censored News help pay some of the travel expenses for our live coverage, which has included live coverage from summits in Indian country throughout the west, climate summits in Cancun and Bolivia, five months of live radio on the Longest Walk 2, and the Peltier and Boarding School Tribunals in Green Bay, Wisconsin.
Thanks to all of you!
Brenda Norrell, PMB 132, 405 E. Wetmore Rd., Ste 117, Tucson, Arizona 85705
PayPal on Censored News www.bsnorrell.blogspot.com

Big Mountain call for aid Sept 2015
NaBahe Katenay Keediniihii
SheepDogNation Media
September 4, 2015 – Late summer and early fall 2015, Big Mountain keep vigil for BIA – Hopi Law and Ranger threats, a resistance that is quite dynamic in terms of the hardships of accepting losses and the spirited-will to maintain defiance.
Elders Mary Lou and Clarence Blackrock are both 90 years old, along with their children and grandchildren, were all well prepared in fall 2014 for the threats of livestock confiscation.
http://bsnorrell.blogspot.com/2015/09/bahe-support-needed-for-big-mountain.html

Photos Native People Protest Obama and Arctic Drilling
By Cassady Sharp
Greenpeace
As President Obama visited Alaska this week, spending time in communities impacted by climate change and giving a powerful speech on the urgency of the issue, demonstrators greeted the president by protesting his recent approval of Shell’s Arctic drilling plans.
http://bsnorrell.blogspot.com/2015/09/photos-native-people-protest-obama-and.html

Writing your own stories, everyone is a storyteller
By Brenda Norrell
Censored News
When it comes o writing down your own stories, there are many good ways, even for people who don't consider themselves writers.
Some people work best at dawn or sunrise, and write "morning pages," just letting the thoughts flow without correcting, that comes later. It can be words and drawings, on any type of paper.
http://bsnorrell.blogspot.com/2015/09/writing-your-own-stories-everyone-is.html

Obama’s Grand Alaskan Holiday: Epic Fail in PR
By Brenda Norrell
Censored News
President Obama’s holiday public relations spree in Alaska could be broadcast with Chevy Chase’s Holiday Road theme song from the National Lampoon Vacation -- if it were not so tragic. Behind all the smiles and jubilee, it is the pristine Arctic that will suffer from Obama’s Shell drilling in the Arctic.
The Alaskan holiday public relations extravaganza begins with Obama approving Shell's drilling the Arctic, and continues with Obama presenting himself as a climate hero.
http://bsnorrell.blogspot.com/2015/09/obamas-grand-alaskan-holiday-epic-fail.html
at September 05, 2015 1 comment: 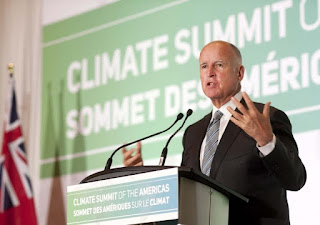 Photo of Jerry Brown at the Climate Summit of the Americas in Toronto, Canada on July 8. Photo by Salvatore Sacco, Canadian Press Images.

Jerry Brown continually attempts to portray himself as a "climate leader" and "green Governor" at environmental conferences and photo opportunities across the globe, but new court documents obtained by the Associated Press bolster the claims by many anti-fracking activists that the California Governor is in reality "Big Oil Brown."

In these documents, two former senior level officials in California Governor Jerry Brown’s administration reveal that they were fired on November 3, 2011, one day after warning the governor that oil drilling would imperil the state’s groundwater.

In a declaration, Derek Chernow, Brown's fired acting director of the state Department of Conservation, told the Brown Administration that granting permits to oil companies for oilfield injection wells would violate safety provisions of the federal Safe Drinking Water Act, reported Ellen Knickmeyer of the Associated Press.
Read more »
at September 05, 2015 No comments: