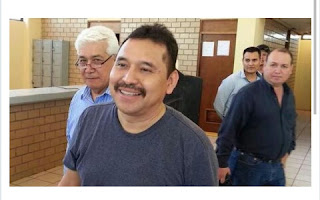 After a year of false imprisonment, Yaqui water rights defender Mario Luna was released from prison. Earlier a judge ordered the release of Mario, tribal secretary of Vicam Yaqui, and Mexico refused.
http://www.eluniversal.com.mx/articulo/estados/2015/09/23/sale-libre-mario-luna-vocero-de-la-tribu-yaqui

Censored News traveled to Sonora, Mexico, and provided live coverage when Vicam Yaqui began the long highway barricade in defense of their water rights to Rio Yaqui.
Mexico built an aqueduct to divert water from Rio Yaqui to the City of Hermosillo.
During the Vicam Yaqui highway barricade in the community, Mario was spokesman for Vicam Yaqui Pueblo. Yaqui Spokesmen Mario Luna and Fernando Jimenez Guiterrez were abducted and imprisoned.
Jimenez was released in August.
The National Indigenous Congress and Zapatistas support the defense of Yaqui water rights. 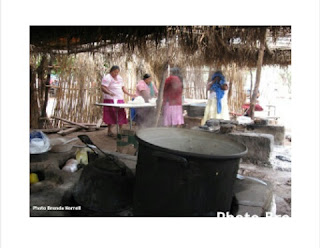 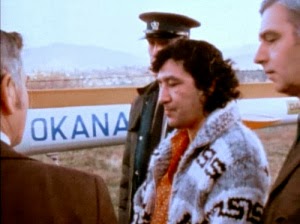 As I look past my prison cell door, I contemplate the many doors and walls that are between myself and freedom. Despite having been twice recommended for transfer to a medium security facility since coming to USP Coleman I, I am currently warehoused in a maximum security facility in Florida. These maximum security prisons are each surrounded by a high wall. For us inside there is no horizon.
As I think about these physical obstacles to my own freedom, I wonder how many walls are between YOU and freedom. How many of these walls are invisible—like the imaginary borders created by colonizers, power brokers, and governments—that are nothing more than obstacles to the free migration of Indigenous Peoples?
I’m greatly honored to be an absentee participant in this International Tribunal of Conscience. I notice that the 43 disappeared students from the Rural Teacher´s College in Guerrero have long since faded from the news cycle. It is imperative that these young people, who were mostly from Mexico´s poorest Indigenous communities, are never forgotten. Perhaps the students involuntarily serve as a reminder that our collective struggles are far from over. Death squads are still prevalent, and it is always the poor and most vulnerable people who endure the most suffering and injustice. These death squads are the same around the world as they all serve the same master—greed—that spurs humans to torture, terrorize, and kill others, forgetting that we are truly all related.
One aspect of my case that is not widely known is that in the 1970’s there were these same death squads on the Indian reservations. Corrupt tribal police, were armed and propped up by federal forces. Prior to the firefight on the Pine Ridge Reservation on June 26, 1975,—an incident for which I have now served nearly 40 years in prison—some 60 people who were connected with the resurgence of our traditional spiritual practices and renewed struggle for sovereignty were murdered or disappeared. During the preceding 5-month period, more incidents of violence were reported on the reservation than in the rest of South Dakota combined. In the subsequent search for my codefendants and myself, the people of Pine Ridge were terrorized by these paramilitary groups led primarily by the Federal Bureau of Investigation. Innocent people were intimidated, threatened, and brutalized. To date, none of these acts of terrorism have been fully investigated.
On behalf of myself and the International Leonard Peltier Defense Committee, I wish to thank the organizers of the International Tribunal of Conscience, the National Lawyers Guild, and our hosts at New York University. I encourage all defenders of human rights to continue to work together on our common issues in the struggle for our existence.
In the Spirit Of Crazy Horse…
Doksha,
Leonard Peltier
More on the International Tribunal of Conscience: http://internationaltribunalofconscience.org/
at September 26, 2015 No comments: 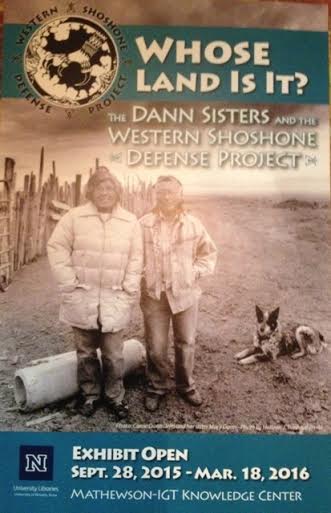 RENO, Nevada -- Western Shoshone Carrie Dann of Crescent Valley -- accompanied by Beth and George Gage, who produced the award-winning film, Our Land, Our Life'/American Outrage, about Carrie and her late sister, Mary Dann -- is being honored in Reno at the University of Nevada Reno in association with an Exhibit titled, Whose Land Is It? The Dann Sisters and the Western Shoshone Defense Project. It is opening September 28 and running through March 18, 2016 at the Mathewson-IGT Knowledge Center. (A portion of the film can be seen at: https://www.youtube.com/watch?v=JJ2N9-n-ka0 or at https://www.youtube.com/watch?v=wfIF8knQK0c)

“Western Shoshone ranchers Mary and Carrie Dann fought the federal government for decades to preserve their ancestral lands and the right to graze livestock without permits from the Bureau of Land Management. The newly available records of the Western Shoshone Defense Project explore the Dann Sisters’ struggle, and that of the Western Shoshone, over issues of sovereign rights contested for years in the federal and international court system," states the University of Nevada Reno Special Collections.

Dann, accompanied by the Gages and family and friends, will be at the Reception from 1:30 to 3:00 pm in Reno on Saturday, September 26 and will be making remarks at 2 pm. The reception will be in the Randall Rotunda on the second floor of the Mathewson-IGT Knowledge Center. Complimentary parking is available in the Brian Whalen Parking Garage.

Although the Western Shoshone had filed suit to reclaim their land, in 1962 the now-defunct Indian Claims Court ruled the Shoshone had lost control of their land due to settler encroachment. In 1979 the Indian Claims Commission awarded a $26 million land claim settlement to the Western Shoshone. In 1985 the US Supreme Court ruled Shoshone land claims were extinguished by the financial settlement. The Dann sisters, among others, refused the money and asked the US to respect the terms of the 1863 Treaty of Ruby Valley.

Beginning in 1973, the Dann sisters' were ranching without paying grazing fees to the BLM to run their cattle on what is historically Shoshone land. This led to the BLM, in 1998, issuing trespass notices to the Danns and ordering the removal of hundreds of their cows and horses, from what the BLM considered the public lands of Eureka County. The action against the Danns is documented in Our Land, Our Life.

The Dann Sisters' request for urgent action with the United Nations Committee on the Elimination of Racial Discrimination led to the UN ordering the US government to halt all actions against the Western Shoshone people, which the US has largely ignored.

In November 2008 Dann, with members of the Western Shoshone Defense Project and four other tribal and public interest groups, sued in federal court against the US Department of Interior and Barrick Gold to stop the "largest open pit cyanide heap leach gold mines in the United States -- the Cortez Hills Expansion Project on Mt. Tenabo," which the Western Shoshone consider sacred land.

The Federal Court in Reno ruled in the DOI and Barrick's favor. Mt. Tenabo is being mined and de-watered even as Carrie Dann continues to live in Crescent Valley. Mary passed in 2005.

Dann remains renowned, revered and admired as an Elder and positive example of resistance on behalf of the Earth in Native and Environmental and Social Justice circles world-wide. She is an outspoken, honest Native American woman standing up for the Earth and Sacred Sites and speaking for Traditional Native American values.