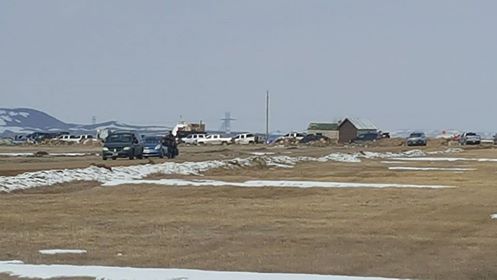 Police have taken over the new camp of water protectors, the Seventh Generation Camp, and Sacred Stone Camp, today, March 1, 2017
Watch live coverage, interview with LaDonna Allard, land owner of the original camp, Sacred Stone Camp, from Johnny Dangers on Censored News at:
https://tinyurl.com/jm9p9jg
In the video below, Joye Braun, Cheyenne River Lakota, among the first at Sacred Stone Camp, welcomes water protectors to Cheyenne River Lakota land in Eagle Butte, South Dakota. Joye said water protectors "will be welcomed with open arms."
Joye said there are restrooms and showers.
"We need help setting up our big tents."
The big tents need to be set up today.
"We were able to rescue a few woodstoves. We need wood."

Water Protectors, if you are staying at Cheyenne River Powwow Grounds in Eagle Butte, you are welcome to use the shower, get something to eat and do some laundry at the Cheyenne River Sioux Nation New Hope Homeless Shelter. We are located at 823 Dupree Street, Eagle Butte, South Dakota, 57625. Wopila!
at March 01, 2017 1 comment: 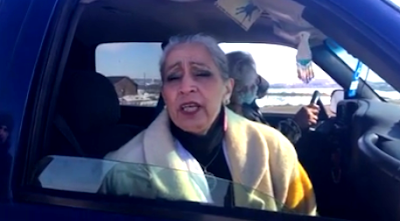 CANNON BALL, North Dakota -- BIA Police have taken control of Sacred Stone Camp, and the new camp Seventh Generation Camp, as of today, March 1, 2017.
LaDonna Allard, owner of the land where Sacred Stone Camp is located, was halted, and denied entry to Sacred Stone Camp today at noon.
Police told Allard they are enforcing a hard barricade, and preventing entry to Sacred Stone Camp, the original camp of the water protectors created in the spring of 2016.
Police told Allard that all of the water protectors belongings and property would be seized.
At 2 pm, Johnny Dangers reported BIA police were now inside Sacred Stone Camp. The last group to leave camp today said there was one arrest.
Cheyenne River Chairman Harold Frazier, and the Cheyenne River Lakota, have created a refuge for those fleeing from the police invasion of the camps at Standing Rock, in Eagle Butte, South Dakota.
Many water protectors at the big camp, Oceti Sakowin, lost everything, holding out hope until the end that there would be no eviction.
Joye Braun, Cheyenne River Lakota, and among the first at Sacred Stone Camp in the spring of 2016, welcomed everyone today.
"Welcome home," Braun said. Watch her video just posted:
http://bsnorrell.blogspot.com/2017/03/police-take-over-seventh-generation-and.html
LaDonna said today that this is not the end. The Sacred Fire still burns and was taken to the Sacred Mountain in Hawaii.
Below is the resolution by the Standing Rock Sioux Tribe requesting all law enforcement agencies to remove the water protectors in the camps.
This resolution of removal and displacement for water protectors comes after the tribe "reallocated" $3.2 million donated by supporters for the water protector camps. The tribe reallocated the $3.2 million for the tribe's own use.
March 1, 2017. 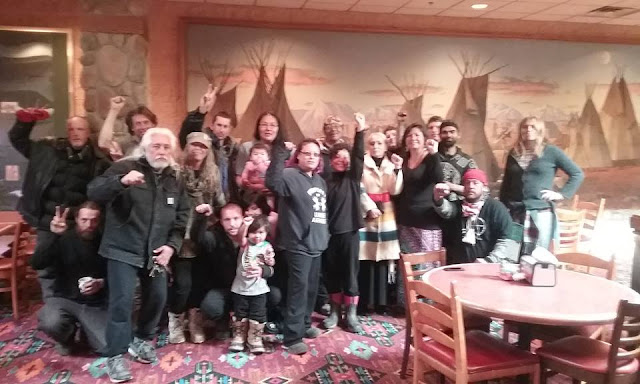 The last group of water protectors leaving Sacred Stone Camp today, said there was one arrest. Photo by Killer-Bailly Leta. 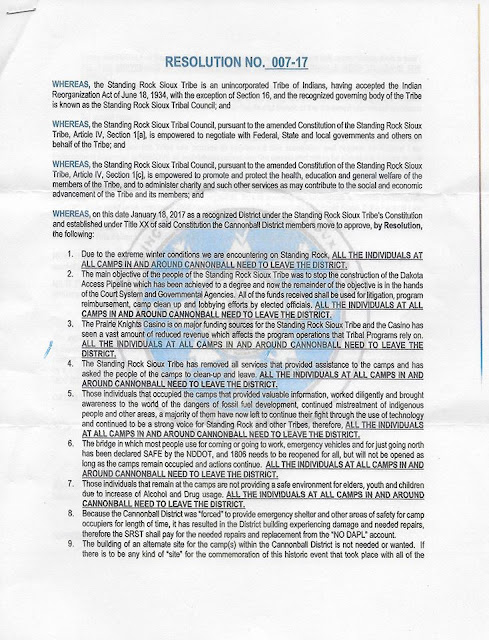 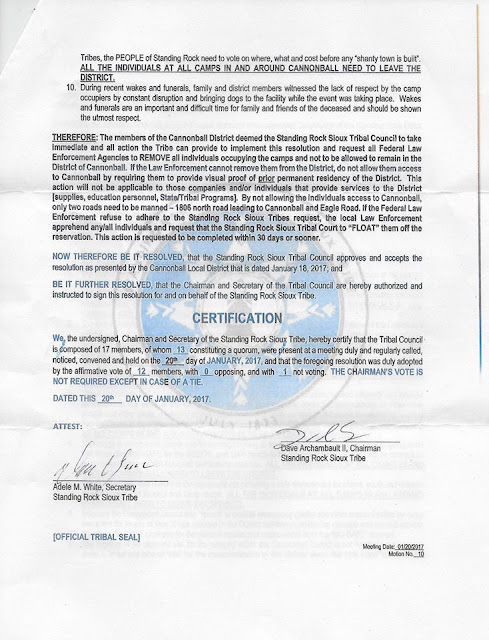