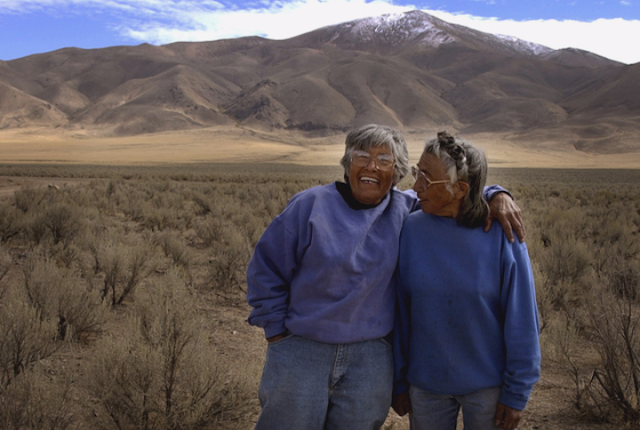 The United Nations Special Rapporteur on the Rights of Indigenous Peoples, Victoria Tauli-Corpuz,  just published her End of Mission Statement March 3, 2017. She wrote, "I have learned that many of the complex issues that Native Americans face in the energy development context today are rooted in a long history of land and resource dispossession. In particular, the policy of allotment implemented by the Dawes Act in 1887 continues to have significant impacts on the development of energy resources throughout Indian Country."  This is very insightful, but the Dawes Act which reduced the Indian land base from 130 million acres in 1887 to 49 million acres in 1933 must be seen as government sponsored land theft,  plain and simple.  To be sure, the letter of this unjust law allotted (gave or assigned) to each Indian a 160-acre tract while the other  81 million acres, they gave to themselves.

What any outside observer will more than likely miss is that even at Standing Rock, the Dawes Act is still at play. In the same way the Dawes Act purported to "give" the Indians land in 1887, today the government purports to "give" the Indians the right to occupy America.  How is it that the white man can give something that he does not own? The truth of the matter is that here in America, there are two sets of laws: one for the Indians and one for everybody else. The definition of "American Indian law" is: "The body of law dealing with American Indian tribes and their relationships to federal and state governments, private citizens, and each other".  In this "body of law", terms such as land  "title" are redefined and you need a law dictionary to keep up with the double talk.  You would think that land title would denote "ownership".  Not so in "American Indian Law".  In American Indian Law when the white man has title, the white man owns the land and when the Indian has title, the white man also owns the land. In order to understand this Satanic concept we need to refer to Black's Law Dictionary. "Indian Title" is defined as, "A right of occupancy that the federal government grants to an American Indian tribe based on the tribe's immemorial possession of the area. Congress does not recognize tribal ownership of the land, only possession."

How can the Indians live on the land from time immemorial and when the white man shows up, he owns everything? The answer is very simple. The United States government is standing on the white supremacist colonial law which was codified in the 1823 Supreme Court decision of Johnson v. M'Intosh- the "doctrine of discovery".  On August 6, 2001, in reply to the question by the UN committee on the Elimination of Racial Discrimination, the U.S. representatives said that they considered the 1863 Treaty of Ruby Valley only in the context of Johnson v. M'Intosh.

This is significant because the Western Shoshone took their 1863 Treaty of Ruby Valley all the way through the U.S. court system but each court found excuses not to address the treaty.  In reality all Carrie Dann and the Western Shoshone got for their three decade court fight was a kangaroo court based on the Doctrine of Discovery.  They wear you down, then throw paper dollars at you. Any time the U.S. government  runs a people  around for 30 years in the guise of justice, then offers a cash settlement to an impoverished people, the United Nations should declare any such fraud null and void.  Why?  Because the Doctrine of Discovery posits that American Indians are not human being enough to own anything. Why?  Because the judicial system concerning Indians has been rigged with white supremacist colonial law.

The United Nations Declaration on the Rights of Indigenous Peoples requires in Article 27 that, "States shall…adjudicate the rights of indigenous peoples pertaining to their lands, territories and resources." In "American Indian Law" the term "adjudicate" seems to have been redefined to mean "a kangaroo court where the Indians always lose.
Steve Melendez, Paiute
President ,  American Indian Genocide Museum 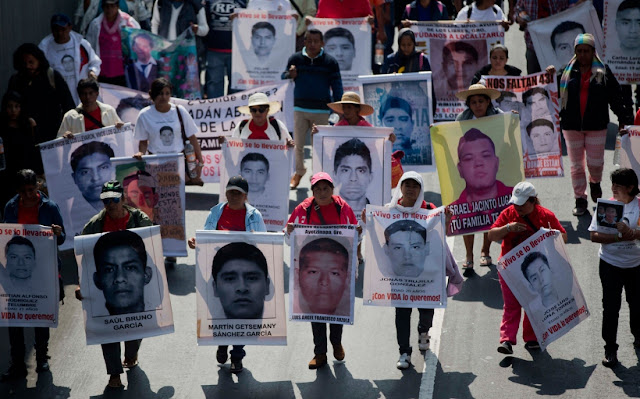 First Voices Radio Host Tiokasin Ghosthorse, Lakota, interviews Cheryl Angel, Lakota from Standing Rock, Cheryl shares her visit to Mexico City, and how the water protectors movement has empowered people around the world to protect the people, land and water.
In Mexico, families continue the struggle for truth and justice for the 43 disappeared students from Guerrero.
Cheryl shares news from Japan on the divestments in Dakota Access Pipeline.
Cheryl says the freedom to live the way we choose is necessary. It is a struggle for freedom of choice for future generations.
Tiokasin points out that this movement of protecting the water is not over.
Cheryl says, "This is the beginning."
Buffy Sainte Marie's 'Power in the Blood,' follows the interview.

Listen to program on WPKN :
http://archives.wpkn.org/bookmarks/listen/176092


Cheryl Angel travelled to the part of the Earth we call Mexico to be part of a caravan called by the Camp members of the 43 Disappeared-Detained and Political Prisoners –formed by the parents of the 43 rural students who were disappeared in Ayotzinapa (#Ayotzinapa43). The caravan also includes students from different rural teacher training centers and representatives of various communities defending land and water. They will be leaving Mexico City next Friday February 17th for Cuetzalan, Puebla, to attend the 18th Land Defense Assembly of the Macehual People, on the next day, Saturday February 18th.  The purpose of this caravan is to gather social movements that defend life and the land to reflect on their struggle to collectively create Peace and Nonviolence. Thus, fully aligned with Cheryl Angel’s experience of integrating prayer with direct action, as she guided two women-led actions at Standing Rock –she moves from a deep space of nonviolence as guided by her ancestors and Lakota traditions and ways of being.
https://earthlingopinion.wordpress.com/2017/02/19/from-standing-rock-to-mexico-city-to-ayotzinapa-to-cuetzalan-action-for-peace-life-water/
at March 06, 2017 No comments:

The Intercept Video: A Closing Prayer for Oceti Sakowin Camp

Thank you to The Intercept for documenting the Heroic Stand and Prayer at Oceti Sakowin Camp as police moved in and arrested Heroic Water Protectors.
Watch video at The Intercept:
https://theintercept.com/2017/02/25/video-a-closing-prayer-for-standing-rocks-oceti-sakowin/

Thank you to Johnny Dangers, Unicorn Riot and all the livestreamers who provided live coverage for Censored News of the Heroic Stand at Oceti Sakowin Camp.
http://bsnorrell.blogspot.com/2017/02/oceti-sakowin-camp-being-raided.html
at March 06, 2017 No comments: