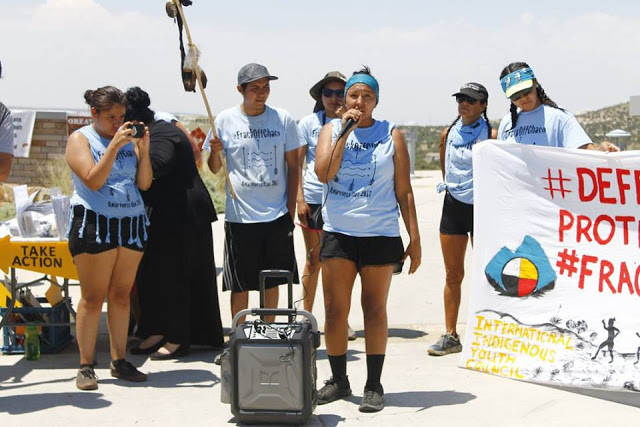 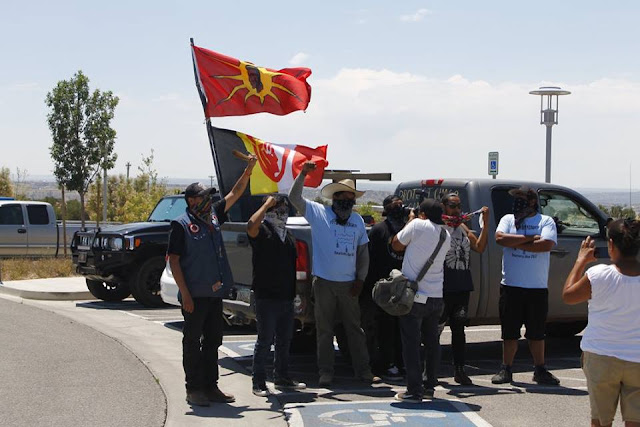 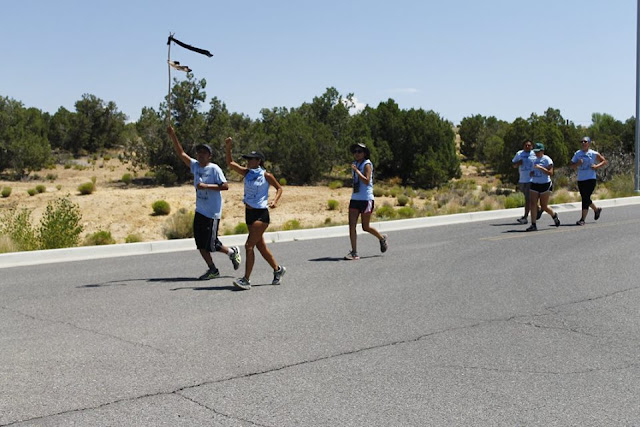 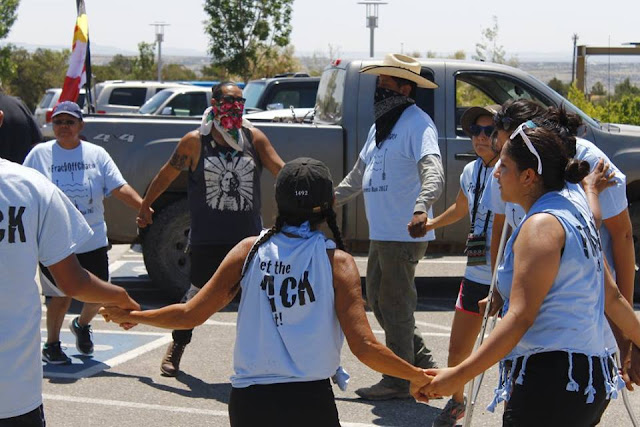 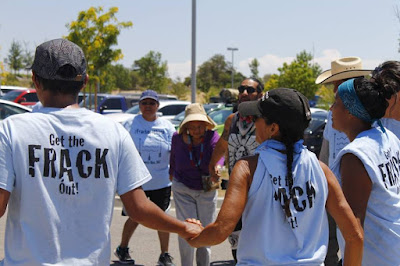 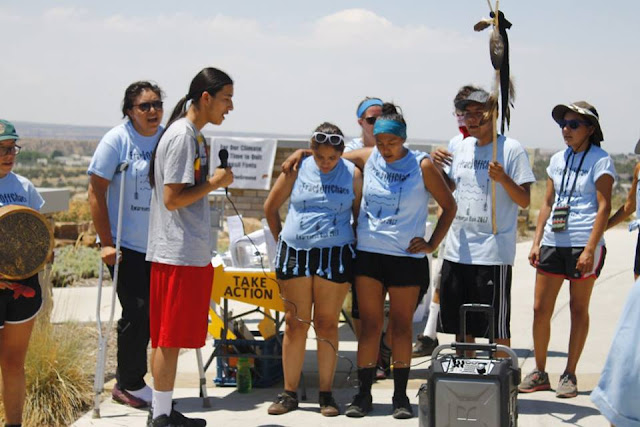 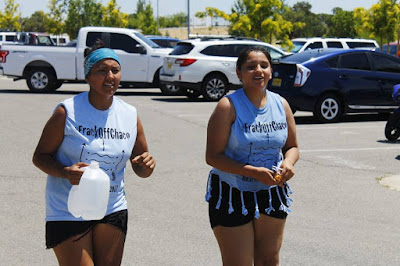 
Photos by Frack Off Greater Chaco


COUNSELOR, New Mexico -- The International Indigenous Youth Council and Native youths in the Four Corners Area ran 80 miles, in 103 degree heat, to bring attention to fracking in the Greater Chaco Area. The runners exposed the negative health effects fracking has on the local communities on the Navajo Nation, and the region.Runners began south of Counselor and concluded their run at the Bureau of Land Management offices in Farmington.“The Greater Chaco Region is a checkerboarded area of Tribal, state, federal, and allotment land," Native runners said.
"The Bureau of Land Management has approved more than 400 new fracking wells without adequate Tribal consultation or protections for community health, water and climate impacts. Fracking development threatens ancient Chaco culture and sacred sites and also Navajo people and living communities in the area who have been dealing with the impacts of resource extraction for decades.“Please help native youth protect our health, our future and our Mother Earth.”
In camp at night, the runners hosted, "Southwest culture nights.” Native elders and youths shared with local communities, songs, stories, prayers and ceremonies.

Watch video below by Frack Off Greater Chaco

In the news, at KOB TV: Group runs 80 miles to bring attention to fracking
Devin NeeleyJune 26, 2017 08:26 PMFARMINGTON, N.M. – A group in the Four Corners area is on an environmental mission. Members went on an 80-mile run in the June heat to deliver a message to federal authorities. “They said it was about 103 yesterday. It was rough, but it wasn't rough enough to keep us away,” runner Kendra Pinto said. Kendra Pinto was one of about a dozen runners that ran the 80 miles, relay-style, from Counselor, New Mexico to the Bureau of Land Management Farmington Field Office in three days. The group wants people to know about the effect they say fracking has on the land and people who live in it.
Read more and watch news video at: http://www.kob.com/new-mexico-news/group-runs-80-miles-to-bring-attention-to-fracking/4526218/
at June 28, 2017 No comments: