Interior has land auction scheduled for Bears Ears area land on March 20, 2018, unless it is halted

The New York Times reports that oil was the reason for the shrinking of Bears Ears. The article also reveals Interior meetings with a uranium company, Energy Fuels Resources, concerning uranium at Bears Ears.
The 20,000 Interior e-mails also reveal the interest in available coal at Grand Staircase Escalante and natural gas at the Canyon of the Ancients.
Further, Interior Sec. Ryan Zinke planned a private dinner with the head of a sportsmen group, Sportsmen for Fish and Wildlife, a connection made possible by Donald Trump, Jr., who went hunting with the head of the sportsmen's group in Utah.
Sportsmen were lobbying the Interior for hunts of the free roaming bison, elk, big horn sheep, cougar, black bear, and more, in the Bears Ears area.
The e-mails also reveal the sarcastic attitude of the head of the Bureau of Reclamation toward Native Americans, as shown below, one of 20,000 e-mails which the New York Times gained access to.
The statements from Native American Nations opposing the shrinkage of Bears Ears and destruction are included in these e-mails.
One e-mail points out how little Zinke knows about Indian Tribes, after Zinke suggested Tribes become corporations.
The e-mails also show motorcyclists contacting the Interior, eager to gain access to back trails.
(Below) Interior Sec. Zinke posted this photo during his visit to Bears Ears, as the Interior prepared to open more areas for exploiters. Hunters contacted Zinke after hunting with Donald Trump Jr, according to e-mails. The Sportsmen for Fish and Wildlife continued to support Zinke in November, when Zinke promoted big game hunts in this news release.
. 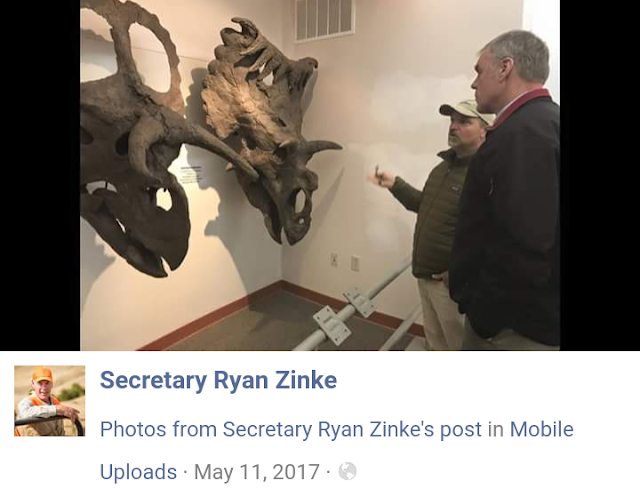 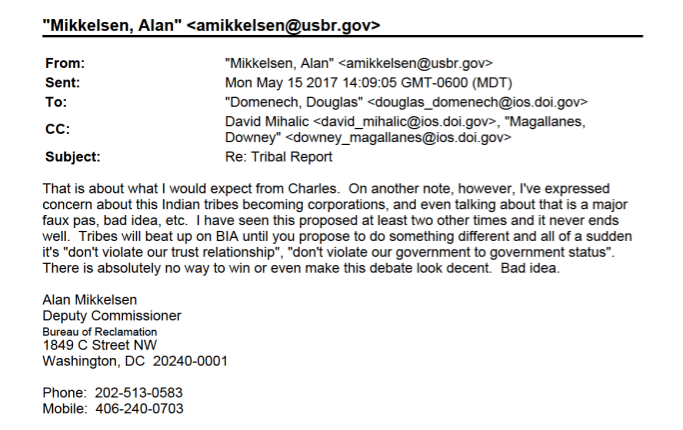 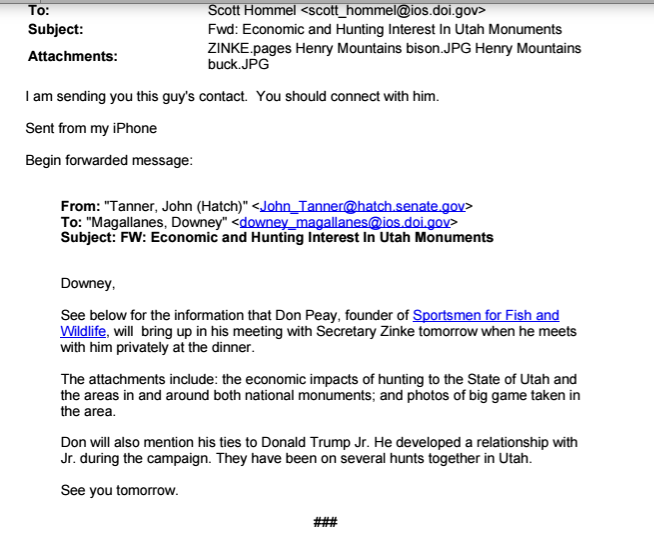 Read more:
Donald Trump Jr. and his Utah hunter buddy, all part of the shrinking of Bears Ears for the exploiters. http://kutv.com/news/local/utah-sportsman-hunts-with-trumps-sons-calls-them-authentic-blue-collar-kids
at March 08, 2018