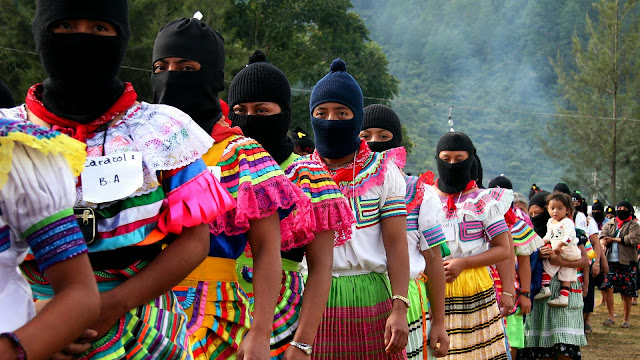 Sundance Film Festival and Vision Maker Media announce new films on the resistance at Standing Rock to Dakota Access Pipeline, and more films to be featured at Vision Maker Media's festival in Nebraska in April.

Sundance Film Festival announced the new feature film, Akicita: The Battle of Standing Rock, will be at this year's festival in Park City, Utah, in January. The director is Cody Lucich, and producers are Heather Rae, Gingger Shankar, Ben-Alex Dupris.

Sundance Film Festival said that Standing Rock in 2016 was "the largest Native American occupation since Wounded Knee. Thousands of activists, environmentalists and militarized police descend on the Dakota Access Pipeline in a standoff between oil corporations and a new generation of Native Warriors. This chronicle captures the sweeping struggle, spirit and havoc of a People's uprising. World Premiere in New Climate at Festival.

Reporting on the film, Cary Rosenbaum writes in Colville’s Tribal Tribune about co-producer Ben-Alex Dupris’ work on Akicita: The Battle of Standing Rock, while at Oceti Sakowin.

Dupris “wanted to make a positive impact on the country, and — specifically — Indian country. That activist spirit led him to the front lines of a North Dakota protest against a multi-billion dollar oil pipeline in 2016, where he found himself residing for much longer than intended."I went to stay at Oceti Sakowin (a camp site in Cannon Ball) for a week and stayed for roughly five months," Dupris said.“A documentarian who has directed works such as The 7th Wave, he felt it necessary to capture a perspective of those standing in opposition to the Dakota Access Pipeline (and in solidarity with the nearby Standing Rock Sioux), known as #noDAPL. He ran into Cody Lucich, an award-winning Native American director, in his time there and the two decided to collaborate.” Read more:
http://www.tribaltribune.com/news/article_0d96de76-f177-11e7-bccd-077838edb023.html

Video footage of work on the film at Standing Rock in 2016 can be viewed at: https://www.sundance.org/blogs/native-filmmakers-fighting-the-dakota-pipeline-at-standing-rock

We Are All Related" is the theme of the seventh biennial Vision Maker Film Festival in Nebraska. The theme is a conceptual translation from the Lakota language--Mitakuye Owasin--a commonly used expression indicating the Lakota's relationships to each other and in the world.

In other Native film news, three Alumni were invited to the Academy of Motion Picture Arts and and Sciences.

‘We are all Related’ Vision Maker Media: Rumble, Growing Native to be Featured at Festival in Nebraska

"We Are All Related" is the theme of the seventh biennial Vision Maker Film Festival. The theme is a conceptual translation from the Lakota language--Mitakuye Owasin--a commonly used expression indicating the Lakota's relationships to each other and in the world.Opening night is Friday, April 20, 7:30 p.m., at the Mary Riepma Ross Media Arts Center at the University of Nebraska-Lincoln, featuring the film RUMBLE: The Indians  Who Rocked the World, which explores how the Native American influence is an integral part of music history, despite attempts to ban, censor and erase Indian culture in the United States.The Festival will feature two hour-long episodes from Growing Native, a documentary series that features Tribes in regions across the country that are reclaiming old ways for their health today. An episode hosted by Chris Eyre (Cheyenne-Arapaho) is set in the Pacific Northwest and another hosted by Moses Brings Plenty (Oglala Lakota) features Oklahoma.Each National Minority Consortia member will screen a feature documentary and bring in the director for workshops that will be open to 15 fellows selected by each organization. The fellows will be part of an 18-month mentorship program with these five Master Filmmakers. This is part of a grant funded by the National Endowment for the Arts, the National Endowment for the Humanities and other local partners.The Johnny Carson Center for Emerging Media Arts will help with the programming, as well as representatives from Independent Television Service, PBS, the Corporation for Public Broadcasting, Big Sky Film Festival and Working Films. Many of these workshops will be open to the public, April 21-23. More information: visionmakermedia.org/festival

http://www.visionmakermedia.org/
Lake of Betrayal looks at the Seneca Nation's fight to protect its sovereignty against a backdrop of a federal Indian Termination policy, pork-barrel politics and undisclosed plans for private hydropower generation. The documentary takes a long view of the imposed changes on the Seneca's way of life that have led to major economic benefits and irreplaceable cultural losses. Metal Road examines the dynamics of livelihood, family and the railroads through the lens of a Navajo trackman. The film follows three Navajo railroaders from the 9001 Heavy Steel Gang as they leave their homeland to replace aging railroad tracks from the Mississippi River to the Pacific Ocean under extreme weather conditions. We Breathe Again focuses on the intimate stories of five Alaska Natives who are each confronting the impacts of historical trauma in their lives. Rarely heard of 40 years ago, suicide among Alaska Native peoples is now a silent epidemic 3.5 times higher than the national average, affecting Alaska Native men between the ages of 15-24 at the highest rate in the country. The Mayors of Shiprock In the small community of Shiprock, New Mexico, a group of young Navajo leaders meet weekly to decide how they will help their community. For more than seven years, the Northern Diné Youth Committee (NDYC) has worked to give youth opportunities to make changes directly within their community.

By Liz Hill
Sundance Film Festival National Native American and Alaska Native Heritage Month has been observed every November since 1990. During this month and throughout the year, Sundance Institute through its Native American and Indigenous Program recognizes and supports the immense talent and ongoing accomplishments of Indigenous storytellers in the Americas and globally.Sundance Institute has been committed to the Native and Indigenous presence in film since the Institute’s founding in 1981. Throughout the history of the Institute, the Native Program has played an important role in elevating the work of Native and Indigenous storytellers to national and international acclaim.Visibility and appreciation of Native and Indigenous films and the artists responsible for their creation has been steadily increasing over the years. One of the best examples of Native storytellers coming into their own in the mainstream was the 2016 invitation to five Native Program alumni to join the prestigious Academy of Motion Picture Arts and Sciences.This year (2017) three Native Program alumni were invited to join the Academy: Zacharias Kunuk (Inuit), Andrew Okpeaha MacLean (Iñupiaq) and Alanis Obomsawin (Abenaki). Kunuk’s short film, Home (Angiraq), screened at the 1996 Festival in Beyond Borders: New Native Cinema. Kunuk was invited to join the Directors Branch of the Academy.Andrew Okpeaha MacLean’s short film, Natchiliagniaqtuguk Aapagalu, screened at the 2005 Festival. His dramatic short film Sikumi won the Grand Jury Prize for Short Filmmaking at the 2008 Festival. His feature film On the Ice, which he directed and wrote, screened in 2011 in the U.S. Dramatic Competition. MacLean also served as a Creative Advisor at the 2014 and 2016 Native Filmmakers Labs. Okpeaha was invited to join the Short Films and Feature Animation Branch of the Academy.Alanis Obomsawin is a director, producer, and screenwriter with a long Sundance Institute history. Her Festival films include Richard Cardinal: Cry from a Diary of a Metis Child (1987); Kanehsatake: 270 Years of Resistance (1994); Spudwrench—Kahnawake Man (1998); Rocks at Whiskey Trench (2001); Is the Crown at War with Us? (2003); and Our Nationhood (2004). She was a Documentary Competition Juror at the 2002 Festival. Obomsawin was invited to join the Documentary Branch of the Academy.“The Native Program is proud of the role it has played to build and sustain an Indigenous film circle,” says Native Program Director N. Bird Runningwater (Cheyenne/Mescalero Apache). “In fact, the history of support from the Institute predates the founding of the Institute to Robert Redford’s personal support and mentorship of Native filmmakers.”Throughout the year, the Native Program continues its support with fellowships, Labs, mentorships, public programs, and the platform of the Sundance Film Festival. “Each year even greater strides are made in supporting an Indigenous-created body of cinema while supporting the growth of Native American and Indigenous participation in the film industry,” says Runningwater. “We see this most vividly in the selection of our Native alums being invited to join the world's preeminent motion picture-related organization.”
at January 05, 2018 No comments: