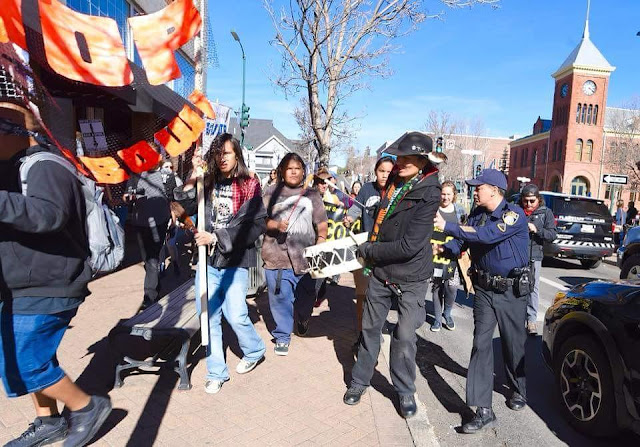 Article by Klee Benally
Photo by Benjamin Dale
More than 50 people rallied then marched through the streets of Flagstaff to call for an end to the contract the City maintains with Arizona Snowbowl. Since 2012 the City of Flagstaff has sold up to 900 million gallons of treated sewage for snowmaking on the San Francisco Peaks. The Peaks are held holy by 13 Indigenous Nations.
Email council@flagstaffaz.gov and urge them to #haveaspine and stop cultural genocide by ending the Snowbowl wastewater contract.
You can also come to the City council meeting this Tuesday at 6pm and urge them to #endthecontract in person.
More info: www.protectthepeaks.org
#nodesecrationforrecreation #stopsnowbowl #defendthesacred #endthecontract#stopculturalgenocide