The New York Times reports that the Department of Health and Human Services told members of Congress on Thursday that the agency "had lost track of nearly 1,500 migrant children it placed with sponsors in the United States, raising concerns they could end up in the hands of human traffickers or be used as laborers by people posing as relatives."
Native Americans point out that this horrific abuse follows the pattern of the United States stealing Native children.
Linda Black Elk said, "Native people know what it is like to have their children stolen. Thousands of Native children were taken to boarding schools and never heard from again. Many of them now lay in unmarked graves outside the walls of Carlisle, Anadarko, Cantonment, Chilocco, and so many other institutions. Imagine the babies who were stolen off their streets and taken thousands of miles away, where they contracted severe illnesses or were abused to the point of death. "What were they thinking as they were dying? "Were they wondering where their parents were?"Is that what happened to the 1,500 Indigenous immigrant children that were 'lost' by the United States government? What kinds of horrors did they experience at the hands of sex traffickers, rapists, pedophiles, and abusers? How many of them cried for their mothers? "How many of them are still alive?"Why is this still happening?" asks Black Elk, who is well remembered at Standing Rock Water Protectors Healing and Medic Tent and continues to share knowledge about healing plants.
Standing Rock Water Protectors point out that even the metal cages imprisoning migrant children, shown above, are the same inhumane, degrading cages Native Americans were imprisoned in at Standing Rock, when they were arrested praying for the water, as Dakota Access Pipeline tore through their ancestral lands.
New York Times reports that Steven Wagner, the acting assistant secretary of the agency’s Administration for Children and Families, disclosed during testimony before a Senate homeland security subcommittee that the agency had learned of the missing children after placing calls to the people who took responsibility for them when they were released from government custody.

"The children were taken into government care after they showed up alone at the Southwest border. Most of the children are from Honduras, El Salvador and Guatemala, and were fleeing drug cartels, gang violence and domestic abuse, government data shows."
The Trump administration is now seizing migrants children at the border.
The Washington Post reports that this is torture.
"In two speeches last week in the border states of Arizona and California, Attorney General Jeff Sessions announced that as a matter of enforcement, if an unauthorized migrant brings a child across the United States-Mexico border without documentation, “we will prosecute you, and that child will be separated from you as required by law. If you don’t like that, then don’t smuggle children over our border.," writes Jaana Juvonen and Jennifer Silvers.
Read article: 'Separating children from their parents is not just cruel. It is torture.'
https://www.washingtonpost.com/news/posteverything/wp/2018/05/15/separating-children-from-parents-at-the-border-isnt-just-cruel-its-torture/?utm_term=.1e4b1c80394b 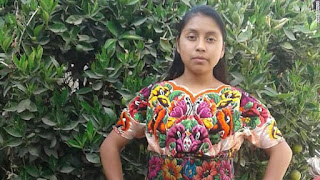 The horrific testimony exposing the United States reckless handking of migrant children came one day after a Mayan woman hiding in the bushes was shot in the head and executed by the U.S. Border Patrol on the Texas border.
The Guardian reports, "A Guatemalan woman shot dead by a border patrol agent in Texas has been named as Claudia Patricia Gómez Gonzáles by local media outlets which reported that she travelled to the US in the hope of finding work to pay for her education.
"Gómez, a 20-year-old Maya-Mam indigenous woman, died on Wednesday after she was shot in the head by an agent in the border town Rio Bravo,Texas.
Read Claudia's story, say her name:
https://www.theguardian.com/us-news/2018/may/25/woman-shot-dead-border-patrol-rio-bravo-texas-identified?CMP=fb_us 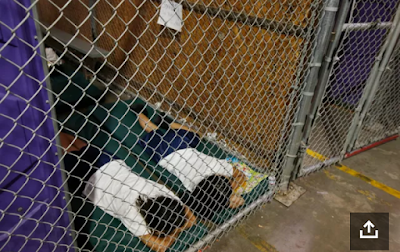 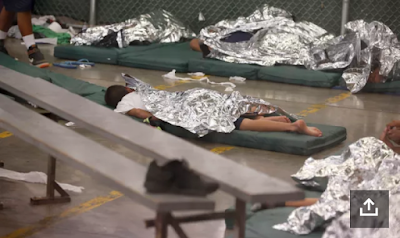 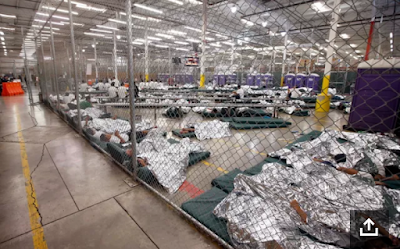 The snakes on the border have been profiting from migrant misery for a long time. The buses to transport detainees on the Arizona border were operated by Wackenhut, who also had a security contract for Peabody Coal on Big Mountain. Wackenhut split into two companies for maximum profiteering from misery and abuse. Wackenhut Transportation was acquired by G4S in London, and GEO became one of the notorious private prison contractors in the Southwest. The Israeli defense contractor carrying out Apartheid in Palestine, Elbit Systems, was given the U.S. contract for the spy towers, integrated fixed towers, now targeting traditional communities on the Tohono O'odham Nation. G4S in London still has the transporation contract.
.
On this same day, when temperatures were over 112, and we had no air conditioning, we drove around the border, and documented the US Border Patrol agents sitting in their air conditioned vehicles, talking on their cell phones most of the time, throwing their Starbucks cups on the ground, spending a lot of time at the Three Points store buying snacks, and driving too fast in the fragile desert tearing up the earth. We also saw some frightening men in regular clothes with out-of-state licenses with hunting rifles patrolling the border on a migrant trail near Arivaca. We photographed the first set of spy towers, which did not work, Border Patrol says, and that was a billion dollar boondoggle, money in the pockets of Boeing. The bus, operated by the snakes, was lurking there at the Three Points store.
at May 28, 2018 1 comment: