By Water Protector Legal Collective
Censored News
Posted on July 11, 2018
BISMARCK, North Dakota -- Red Fawn Fallis was sentenced today to a 57 month federal prison term pursuant to a non-cooperating plea agreement, becoming the second Water Protector arrested in relation to the DAPL pipeline resistance at Standing Rock to be sentenced to a substantial prison term and the second of the five federal cases that the Water Protector Legal Collective is handling to conclude.
As per the terms of the non-cooperating plea agreement accepted by the court on January 22, 2018, the charge of Discharge of a Firearm in Relation to a Felony Crime of Violence was dismissed. Had Fallis gone to trial and been convicted of this charge, she’d have faced a minimum of 10 years and risked up to life in prison.
Today Fallis was sentenced on two charges: Civil Disorder and Possession of a Firearm and Ammunition by a Convicted Felon. Prosecutors had committed to recommending a sentence of no more than seven years in prison; they recommended the full 84 months. Though there is no minimum sentence, presiding Judge Daniel L. Hovland had the authority to go as high as 10 years. He sentenced Red Fawn to 18 months on the Civil Disorder charge and to a concurrent term of 57 months on the Possession charge, with three years of federal supervision to follow, and a $200 assessment ($100 for each charge). He did not assess a fine.
Red Fawn has been incarcerated since October 27, 2016, first in
The Heart of America Correctional & Treatment Center in Rugby, ND, then in a halfway house in Fargo, ND, and finally in Burleigh/Morton County Detention Center in Bismarck. She will not be credited with the time served in the halfway house because there was a violation, but she will receive credit for the time she spent incarcerated.
The judge recommended that she be remanded to FCI Phoenix or FCI Tucson where she would not be isolated from other Native American women. While there is no parole in the federal system, with good behavior, and if her last six months are served in a halfway house, she could be released from federal prison as early as July 2020.
“The sentence imposed today reflects the judge’s recognition of her case as unique and complicated by a lot of factors. He listened to the testimony in court, read the transcripts of prior hearings and the legal memoranda filed by the parties,” said Red Fawn’s attorney Bruce Ellison.
“The sentence landed in between what we recommended and what the government urged. In a sensitive matter like this the judge has pretty much unlimited discretion and seemed to try and figure out what in his mind made sense,” he said. “It could certainly have been much worse. But the FBI will never be held accountable for abusing this woman by sending a person in to gain access to the camp, feigning a romantic interest, manipulating her family into thinking it was real at the same time telling the people that they should feel afraid of corporate security. But they were the ones bringing in the guns.”
Red Fawn Fallis is Oglala Lakota and was raised in between Denver, Colorado and Pine Ridge, South Dakota. During the Standing Rock encampments she was well-known and respected for her work with youth and as a medic as well as for her deep commitment to her people and to protecting the water. During the hearing today two expert witnesses provided testimony on the physiology of what is known in firearms training as “unintended discharge of a firearm” and on the psychology and impact of childhood trauma and intergenerational, historical trauma; two family members spoke passionately about how valued and missed Red Fawn is by her family and community, her personal growth in the 20 months since her arrest, and the educational and employment opportunities that her community is committed to help provide upon her release.
Red Fawn’s uncle Glenn T. Morris, who is a professor of Political Science at the University of Colorado at Denver, said:
“Justice was not done today. If justice had been done the real criminals—DAPL, Tiger Swan, the FBI and Morton County Sheriff’s Department—would be the ones going to jail for invading our prayer camp and hurting our niece, sister and Auntie Red Fawn. We, her family, friends and supporters, are the ones who will bring justice to Red Fawn by supporting her and being with her every day, week and month of her incarceration, no matter where it is. We are the ones who will be restoring her, and she will restore us when we welcome her back to our family and community in Denver on the day of her release.”
Water Protector Legal Collective stands by Red Fawn and we call on Water Protectors and community members to continue to support her through this difficult time. Please follow her Support Committee website for information on how to write to her and be in solidarity with her as she serves her prison time.
Please visit the Free RedFawn Support Committee webpage https://www.standwithredfawn.org/
*This statement may be excerpted or reproduced in full on the condition of proper attribution to: Water Protector Legal Collective (except that quotes are to be attributed to the speaker as indicated above).
Water Protector Legal Collective (WPLC) provides on-the-ground legal representation and coordination for Water Protectors engaged in resistance to the Dakota Access Pipeline at Standing Rock, ND.
waterprotectorlegal.org

Read more at The Intercept and Censored News
. 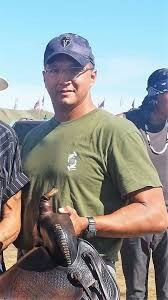 The gun that Red Fawn is charged with firing was owned by paid FBI informant Heath Harmon, of the Mandan, Hidatsa and Arikara Nation in North Dakota. Heath posed as Red Fawn's lover in camp.
The Intercept:
https://theintercept.com/2017/12/11/standing-rock-dakota-access-pipeline-fbi-informant-red-fawn-fallis/

Article by Brenda Norrell
Censored News
Heath Harmon, paid FBI informant at Standing Rock water protector camp, owned the revolver Red Fawn Fallis is charged with firing. Harmon, from Fort Berthold, North Dakota, posed as Red Fawn's lover, and continued to deceive her after she was jailed, sharing his notes with prosecutors.
A new article by C.S. Hagen, at High Plains Reader, reveals Harmon was not the only infiltrator. Further, TigerSwan mercenaries worked without a license in North Dakota, and in conjunction with local and joint law enforcement task forces. TigerSwan was involved in promoting dissension within the camps, and entrapping the water protectors who were targeted by law enforcement, according to court documents.
Hagen, in the article, NO DAPL activists hoodwinked by Paid FBI Informant, Defense says, writes that Harmon will receive.$40 a day as pay as an FBI informant, when Red Fawn goes on trial on Jan. 29, 2018, at the federal courthouse in Fargo, North Dakota.
Hagen reports, "Harmon, however, may not have been the only infiltrator; he’s simply the only person known by name, so far. Others were embedded in the camps, according to the testimony. Informants gave briefings to law enforcement about what they had witnessed."

Heath Harmon, from Mandaree, North Dakota, contacted his brother BIA Lt. Police Officer Chad Harmon at Standing Rock BIA Police, to become an informant in water protector camps at Standing Rock in 2016.
Officer Chad Harmon was on the BIA Police Force at Standing Rock at the time, and continues to be.
Pine Ridge GOONs, COINTELPRO and Standing Rock FBI infiltrator: Heath Harmon and Gerald Fox
The Intercept reports that Heath Harmon's uncle Gerald Fox was a BIA officer at the standoff at Wounded Knee and then at all major Native struggles, in a BIA special operations unit.
During those years, Red Fawn's mother, Troy Lynn Yellow Wood, was among the members of the American Indian Movement targeted by law enforcement. Before her death, Denver Intelligence Police files exposed in court showed the targeting of the American Indian Movement.
Earlier, COINTELPRO was exposed, showing the widespread targeting of AIM, the Black Panthers and others.
The Intercept reports:
Harmon is part of a different lineage. In his interview with law enforcement, he noted that his uncle Gerald Fox had been on the “other side” of the AIM struggle at Pine Ridge. Fox was a BIA officer who stood off against AIM during the 71-day occupation of Wounded Knee, alongside members of the U.S. Marshals Service and the FBI. According to a 2010 obituary in the Bismarck Tribune, Fox went on to join a BIA special operations unit, and between 1976 and 1984 “was detailed to every major Native conflict that happened in the United States.”