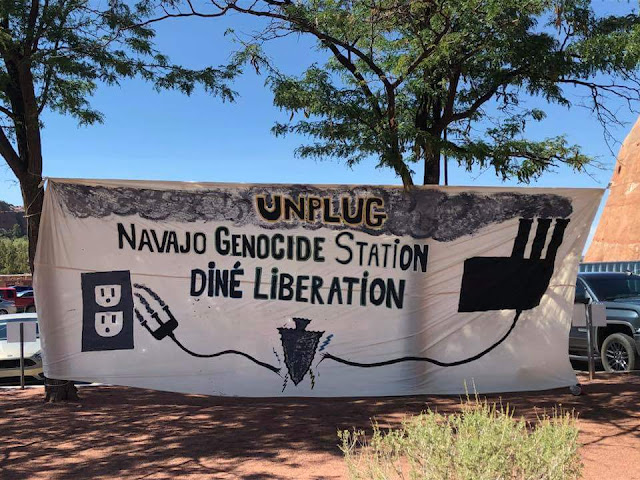 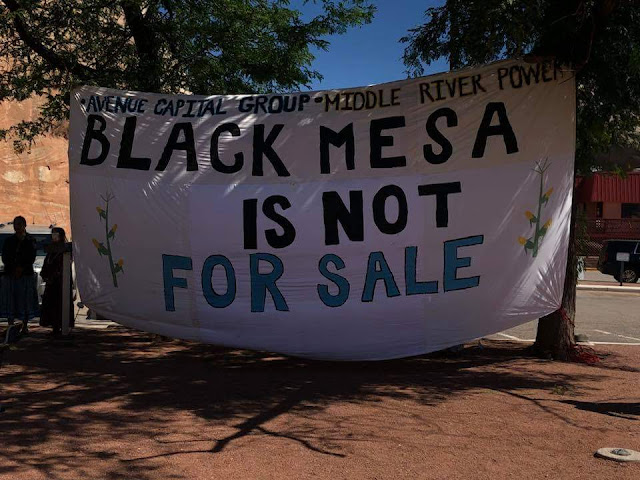 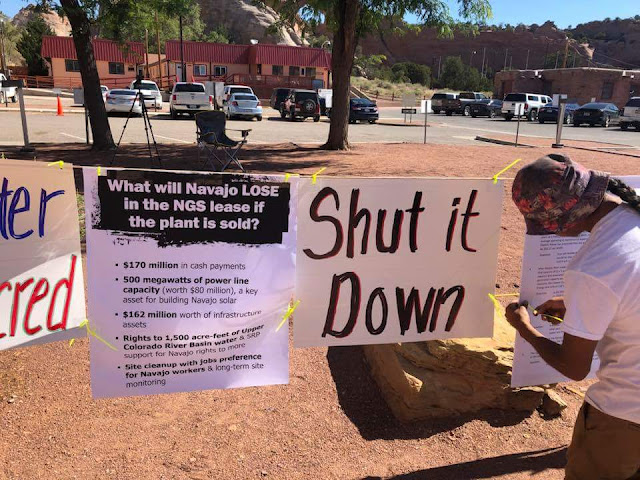 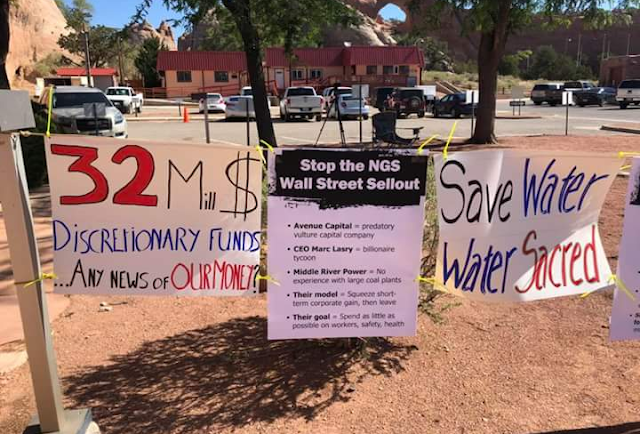 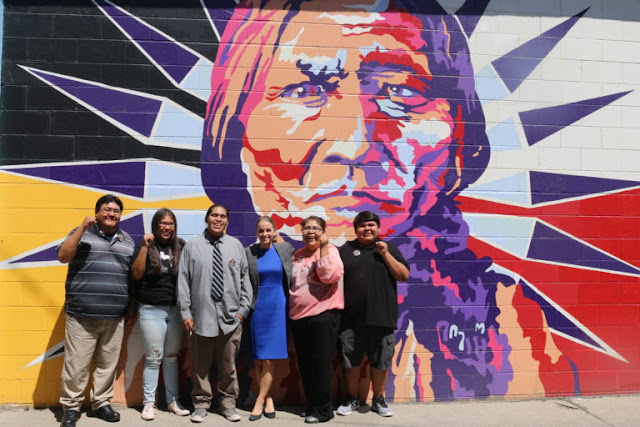 MANDAN, North Dakota -- Dion Ortiz appeared in federal court in Bismarck on July 17 for a change of plea hearing as per the terms of a non-cooperating agreement with prosecutors.
Water Protector Dion Ortiz (in tie) with attorney and family prior to his change of please hearing in Bismarck on July 17, 2018
Dion had been charged with Civil Disorder and Use of Fire to Commit a Federal Felony Offense, arising from events of October 27, 2016. Under this plea agreement, the second charge – which carries a mandatory minimum sentence of 10 years and the possibility of up to 15 years in prison – will be dropped entirely, and Ortiz will take responsibility for committing civil disorder.
Presiding Judge Daniel L. Hovland accepted the plea agreement by prosecutors and the defense. At the time of sentencing, the prosecutors have agreed to recommend up to three years, while the defense is free to argue for any sentence they wish. The judge has the authority to go as high as five years. This is a non-cooperating agreement relating only to Dion's own actions and does not require any testimony or information about anyone else.
Dion and his legal team were facing monumental challenges including the prospect of trial with a hostile jury pool and the risk of a draconian 10-year prison sentence because of minimum sentencing.
In December of 2016, WPLC brought in an expert to poll the potential jurors to determine the extent of local bias against Water Protectors. The findings were clear: 77% of potential jurors in Morton County and 85% in Burleigh County had already decided that defendants were guilty and many potential jurors have close connections to law enforcement or the oil industry.
Dion is a member of the San Felipe Pueblo in New Mexico; he went to Standing Rock in September 2016 to participate in the prayer camp.
Dion's parents and siblings traveled to Bismarck to be in attendance at today's hearing, which was also attended by LaDonna Brave Bull Allard of the Standing Rock reservation and congregants from the local Unitarian Universalist church who came as "moral witnesses."
At the conclusion of the hearing three U.S. marshals took Dion from the courtroom in Bismarck to the Burleigh-Morton Detention Center to await sentencing. The family gathered with supporters to express their love and support for Dion.
"My son is always helping out people in need; he just puts the sunshine on a cloudy day," said his mother. "He will always be there to help out with anything that is asked of him, he has a big heart and puts others first," his dad added. Dion's sister said that Dion was known in the family "for always making jokes and bringing a smile to their faces," and his little brother described Dion as "a caring person who wants to make everybody happy and warm their hearts."
Information on how to support him during this difficult time is available on his Facebook support page: Justice4Dion.
He is represented by attorneys Robin V. Waters and Thomas Anthony Durkin of the Durkin & Roberts law firm in Chicago, and its pro bono arm, The Rerum Novarum Human and Civil Rights Center of Chicago, who will return to Bismarck for his sentencing hearing, currently scheduled for October 22.
"We think this was a fair resolution under the circumstances, especially in light of the 10-year minimum sentence that would have been imposed if Dion had been convicted of the second charge," Durkin said. "We look forward to being able to present an enormous amount of mitigation at the time of his sentencing hearing."
This agreement comes shortly after the sentencing of another Water Protector with federal charges: Red Fawn Fallis was sentenced to 57 months, to be followed by three years of federal supervision. Rattler (Michael Markus) will be sentenced on September 27. Water Protector Legal Collective is also currently handling 22 state cases that are still open and proceeding to trial, and another six cases being appealed.
Posted in Arrestee Updates, For Arrestees, Press Releases
at July 18, 2018 No comments: