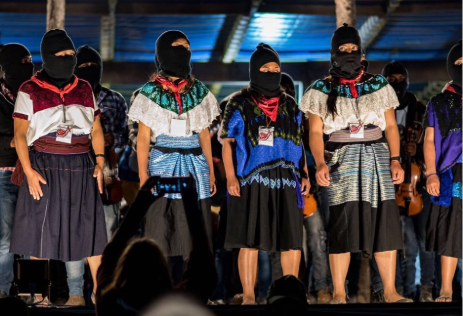 "Unite to protect the Strongholds," said Ofelia Rivas, Tohono O'odham, in response to today's announcement. Rivas testified in May on the militarization of her homelands in both the US and Mexico, and the criminalization of Indigenous Peoples, at the Inter-American Commission on Human Rights in Jamaica.

On May 9, several collectives, organizations, adherents to the Sixth Declaration of the Selva Lacandona and networks of support of the Indigenous Council of Government (CIG) met to agree on actions against the increase of the military presence and paramilitary in Zapatista territories.
These groups also spoke out against the recent increase in aggressions that include the assassination of members of the National Indigenous Congress (CNI), particularly in the state of Guerrero and Oaxaca.
For these reasons, the organizations agreed to hold a Global Action on May 31 against militarization in Zapatista territory and in defense of the land, territory and autonomy of the indigenous peoples and communities of the CIG-CNI.

Within a few days of this action, various organizations and groups in France, Greece, Austria, USA, Italy, Spain, Brazil and multiple states of Mexico have joined the call.
One of the main demands is the immediate departure of the army from Chiapas and in particular from the territory liberated by the Zapatista Army of National Liberation (EZLN), since on May 2 of this year 2019, the Human Rights Center Fray Bartolomé de Las Casas (Frayba) publicly denounced 14 incursions by the Secretariat of National Defense (Sedena) around the Caracol de La Realidad, one of the EZLN's headquarters in the Lacandon Jungle, which took place only in the month of April.
The same Frayba report states that "on four occasions, the military made incursions into the community, and four others made helicopter overflights."
"The military incursions constitute acts of intimidation and harassment against the Zapatista Indigenous Peoples in resistance, they mean an aggression against their right to autonomy and they represent a risk to the life, integrity and security of the entire population," the organizers denounced. this Global Action through a statement .
In the context of harassment against communities in Chiapas, the assassinations of José Lucio Bartolo Faustino and CNI delegates, Modesto Verales Sebastián Bartolo Hilario Morales and Isaías Xanteco Ahuejote, in the state of Guerrero are added.Also the case of the Nahua Indian Samir Flores, from the state of Morelos, who was assassinated in February of this same year and who was recognized as an opponent of the Integral Morelos Project (PIM) and member of the CNI.
From the first day of this new term of government, baptized by AMLO as the "4th Transformation", the CNI-CIG has documented; the exacerbation of harassment by the Navy towards the autonomous process of the community of Santa María Ostula, municipality of Aquila, Michoacán; The harassment towards the Community Assembly of the Binniza indigenous community of Gui 'Xhi' Ro ', Álvaro Obregón, Oaxaca; Persecution and orders of apprehension against Mateo López Cruz and Juan Sánchez Torres, from the community of Suclumpa, municipality of Salto de Agua, Chiapas; Threats of dispossession of lands recovered in 1994 by the Chol People of the community of San José El Bascan, municipality of Salto de Agua, Chiapas; Enforced disappearances of 5 members of the P'urhépecha Guzmán Cruz family, originally from Tarejero, Michoacán;
In the framework of the assembly on May 9, attendees flatly denounced that their comrades "were murdered for defending life and for defending Mother Earth," so they demand the president of Mexico, "Andrés Manuel López Obrador, truth and justice for our murdered comrades, we demand that the guilty be punished, since organized crime, the political class and the owners of power and money, as well as the municipal, state and federal authorities, enjoy full impunity in the face of these events. "
Those who join these actions have marked a firm position regarding the megaprojects that Mr. Obrador will implement with his new National Development Plan, such as the so-called "Mayan Train", the "Transístmico Corridor", the "Comprehensive Project Morelos", the "planting of a million hectares with fruit and timber trees", as well as extractivist, mining and oil projects, dams, wind farms, tourist complexes, the airport in Santa Lucía, among others.
For all that, "we reject the militarization of the country, through the creation of the National Guard, we reject their complicity with the paramilitaries and their collusion with organized crime, we reject the continuity of a war against the people who oppose the neoliberal capitalist system, above all, because it responds to the interests of Trump, as an offer of a new government of welfare and development, "said the conveners.
This Global Action will be carried out, for the case of Mexico, on May 31st at 5:00 PM. in Mexico City, in front of the National Palace.
Finally, they reiterated the call for solidarity to make it known that the EZLN is not alone, and "the invitation to all those who fight against capitalism and whose heart beats down and to the left, so that according to their calendars and geographies, their ways and very their forms, carry out similar and / or simultaneous actions, in support of the Zapatista Army of National Liberation and against militarization in Zapatista territory. "
You may also be interested: Mexico: The other neoliberalism that also strips and kills
See also: Indigenous people in Mexico prepare to resist the neoliberal policies of López Obrador 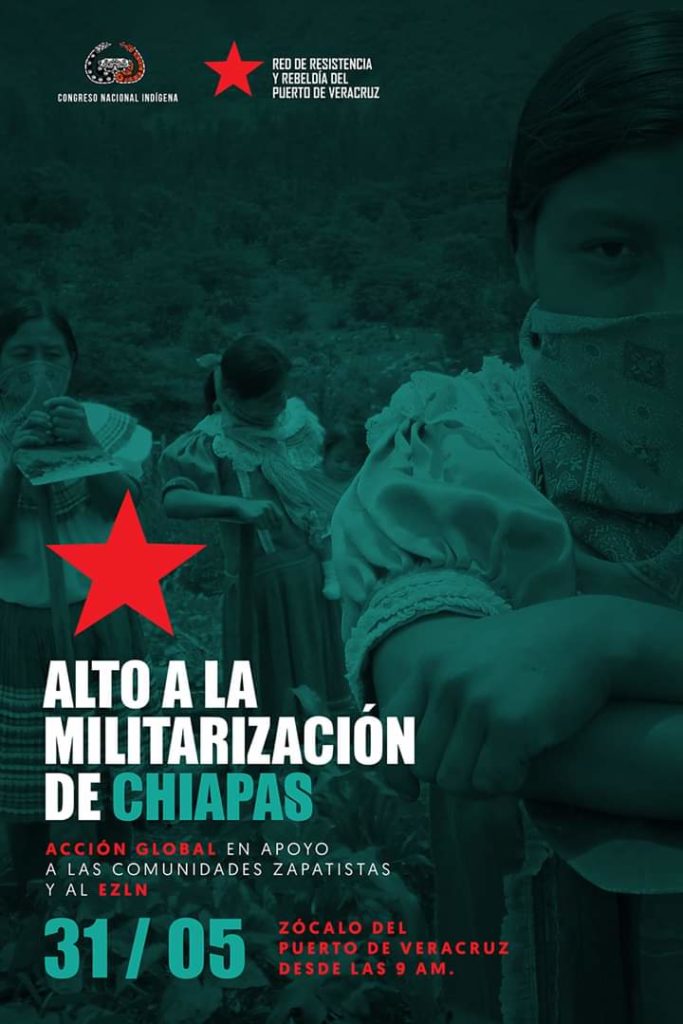 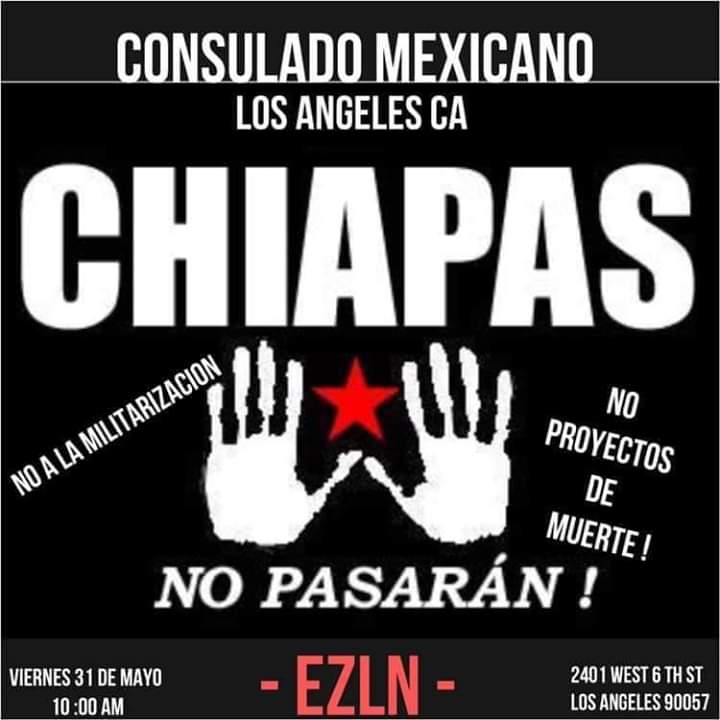 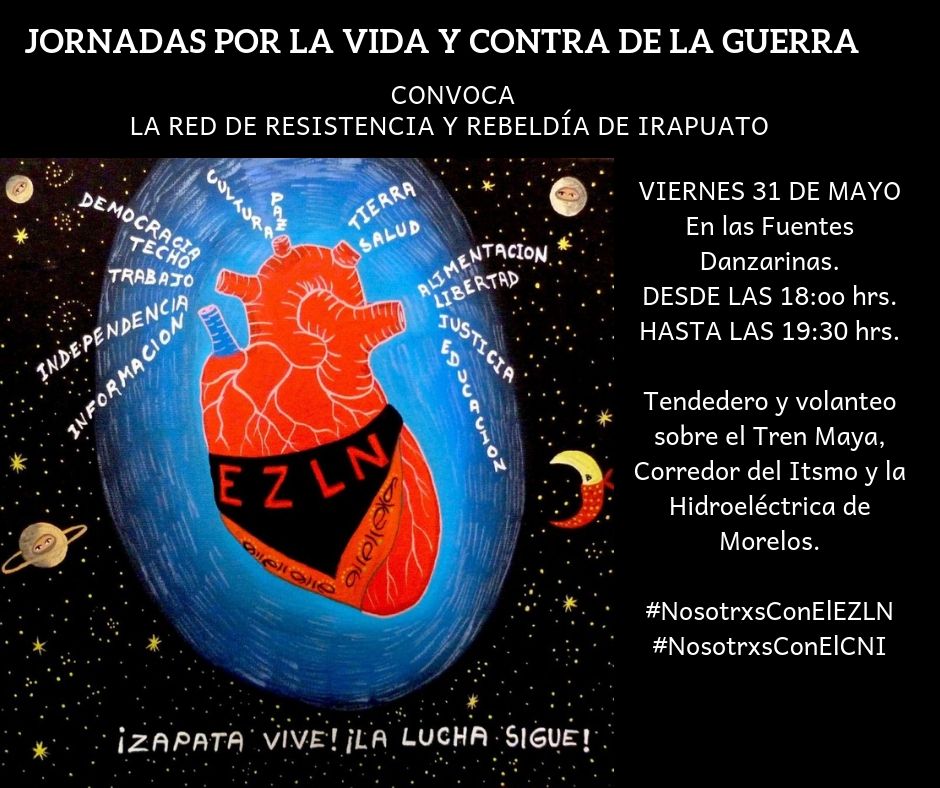 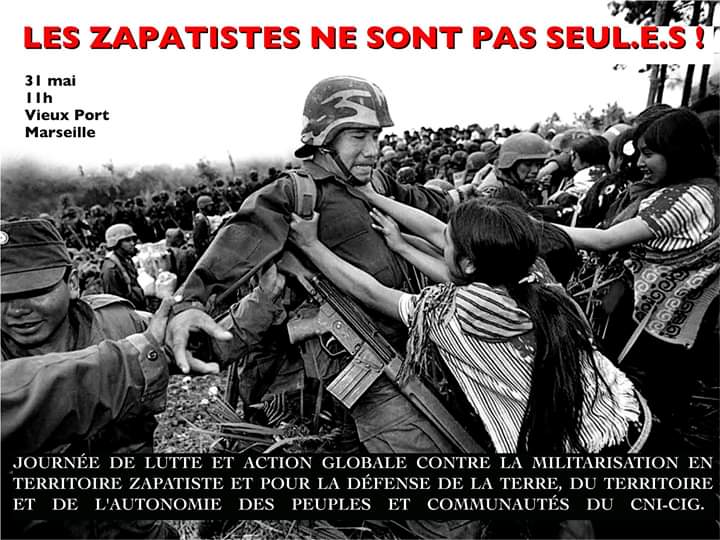 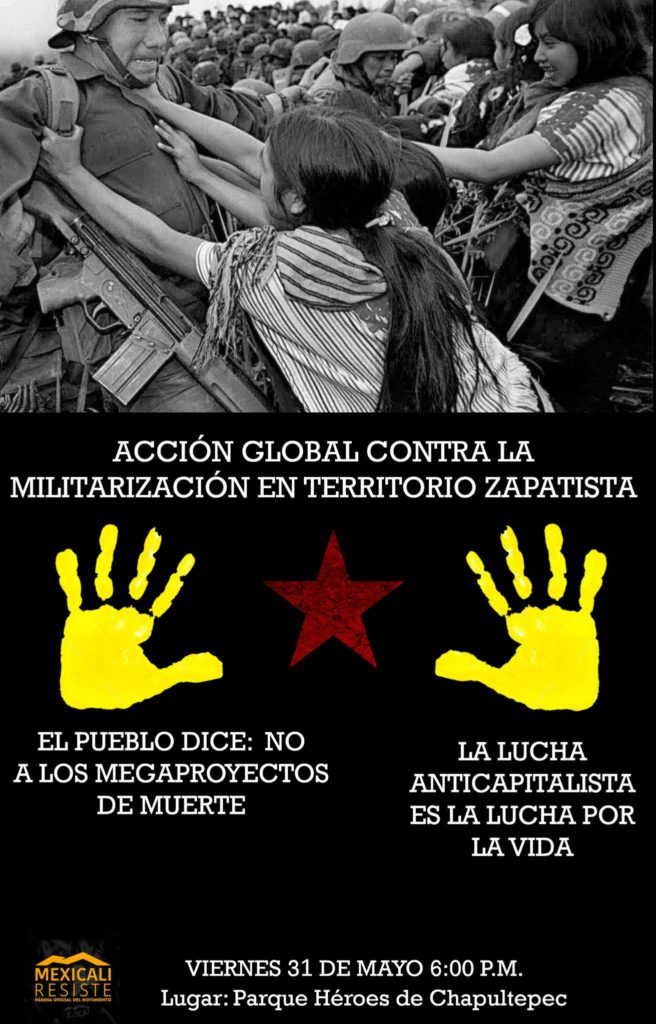 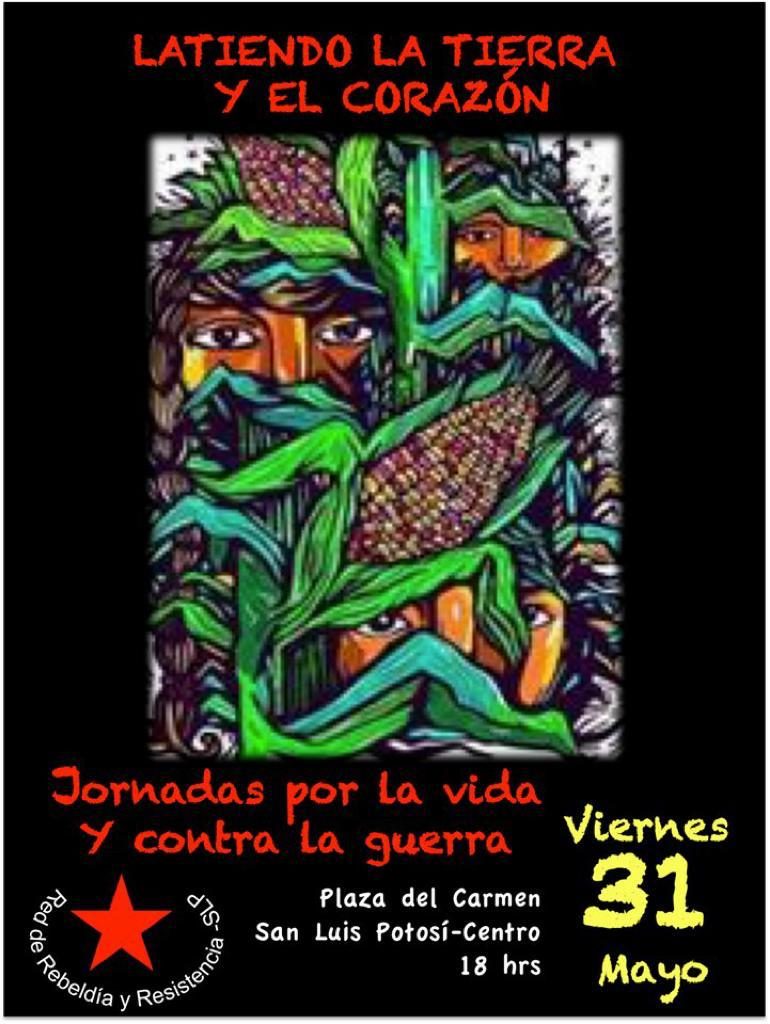 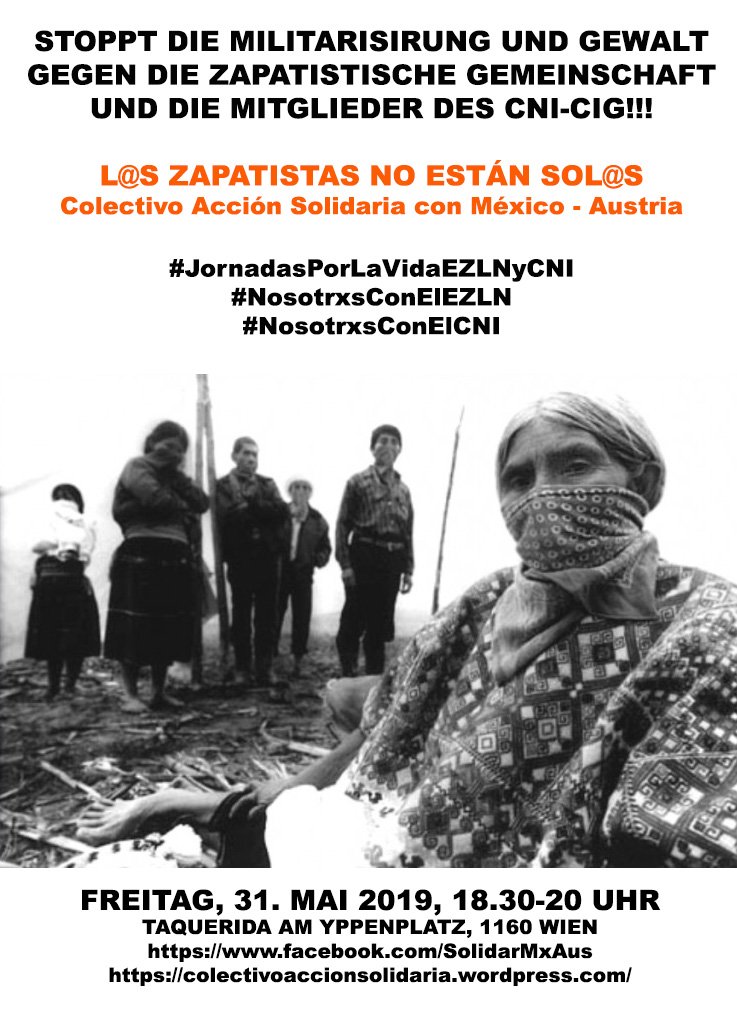