Winter Solstice and the Red-Tailed Hawk 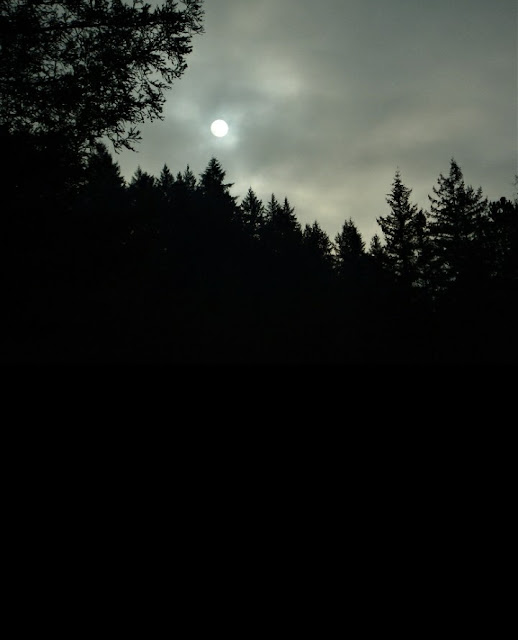 WINTER SOLSTICE -- Tale of the Red-Tailed Hawk
By Lloyd Vivola
Censored News
Like the turning of the seasons, the cycles of life and death are nothing new to a biosphere which for the time being is also home to a virus that is causing much grief and disruption seemingly without exclusion. It makes its presence among us known in the name of a global pandemic, thus in a manner that sets it apart from the likes of so many other calamities, natural and man-made, as so categorized by modern societal bias; events that are no less riddled with suffering and unrest for those who happen to stand in the path at any given time or place.
Drought, famine, fire, flood; plastics, pollution, cancers; stolen, swindled, occupied lands; displacement, migration, family separation; radiation fallout; deforestation; war. That human beings will aggressively take up the cause of finding a "cure" for our still much-misunderstood pathogen in order to reclaim some project of "normalcy" is a sure bet, a response as just as it is urgent. That we will use the occasion to foster new bonds of compassion, wisdom, community: less so if not beyond the best of our minds, our hearts, our hands. As for reassessing true purpose and place in the living context of all our relations, well, if recent history is any measure, we've much reflection and learning to do and much difficult work ahead of us.

Yet counterpoint to the rigors of history as written by the so-called victors, the world is also happily rife with stories rich in the magic and small revelations that come with being attentive and living in place day in and day out. Attached above is one such story - a "true" story, as Americans love to emphasize - reported in the spirit of wishing all a reflective, soulful welcome of winter's turn of the seasonal wheel, and a joyous, healthy Holiday Season beyond, wherever, however...

At about 11 AM on Friday, November 20, 2020, I entered the Foster Flood Plain near the parking lot at SE Foster Road just off the Springwater Corridor and started down the paved footpath that winds through the reserve.

At the bridge that crosses Johnson Creek, a couple alerted me to a “large bird” that seemed to be struggling in the brush of the steep bank just west of the bridge. They seemed to think that the bird was injured and they mentioned that a woman in the parking lot was telephoning the “bird people”.

After taking some long seconds to locate the bird among the autumn die-back grasses, I determined that it was a red-tailed hawk and that its behavior over some minutes did seem rather odd and compromised. Feeding perhaps, I conjectured, or yes, injured. I recalled seeing a red-tailed hawk perched on low limbs of close-by trees on two occasions earlier this autumn during my almost daily walks.

The couple went on their way, after which I started down a trail that borders the creek, stopping about 20 feet from the red-tailed hawk who was also a good 12 feet below me on the steep bank. I began speaking to the bird calmly and softly, and remarkably, after two or three minutes of intermittent cooing in English on my part, the hawk hobbled up the slope with an awkward beat or two of wing and took a position directly in front of me on the trail.

The bird seemed unperturbed by my presence as I spoke to it now and again. Relaxed, it would look at me from time to time, but it also glanced here and there quite casually. With the sun in my eyes, I deduced over minutes that it was standing on one leg.

Circling away and into the little patch of woods that is home to a well-established encampment of houseless folk, I phoned Susan Hawes at Portland Parks who said she would contact Portland Audubon and get back to me shortly. She learned that the Audubon wildlife rescue team had been grounded by the pandemic, but that the Wildlife Care Center was receiving and attending to animals that people brought in. Susan added that she could meet me at the Flood Plain in 15 minutes. I assured her that I would be there.

I then circled back to the trail west of where the bird was standing. Remarkably, the hawk was exactly where I had left it, acting no differently. Without the sun in my eyes, I could now see the raised left leg with talons and presumed it lame. I zoomed in with my phone camera and snapped a few photos.

Once again, I began speaking to the bird intermittently. I named it Mello-Dee – temporarily so – since it seemed quite mellow, all things considered. After another few minutes, the hawk hopped and floated up onto a tree stump a few feet closer to me, behavior and interaction unchanged.

A woman then called to me from the direction of the parking lot. She was concerned that the bird might think me a predator. Not wanting to raise my voice, I strolled unassumingly past the hawk and met her some forty yards away.

“G” informed me that she had first noticed the hawk some three hours earlier when yes, it then too was struggling along the creek bank if nearer, even under, the bridge. She had returned to check on its condition. I told her that Susan from Parks would be arriving soon. She added that so would her father-in-law, “J”, who had some experience catching wild birds.

As we chatted softly, oh no, the hawk lifted off the stump. I thought we might lose sight of it, but remarkably, with two or three beats of its wings, it glided some forty yards further away from where we stood without ever rising more than 6 feet off the ground. Appearing as if it knew exactly where it intended to go, it landed on the concrete wall of a culvert, only two or three yards from the tent community. And there it perched and continued to perch. So, I decided it best to pay the tent community a friendly visit.

I approached the tents and announced myself. After a long silence, two voices stirred from one large tent, then a young man appeared at the entrance. I assured him that we were not here to bother anyone, but that we wanted to enter the area to rescue an injured red-tailed hawk. The young man was supportive and thanked me for checking in with him first. He added, “That's a beautiful bird.”

I then approached the hawk where it was still perched on the culvert wall. I stopped some 15 feet away and spoke to it as before, and again it remained unperturbed by my presence and displayed no signs of wanting to take flight. Soon, a camp cat emerged from one of the tents and slowly came walking toward me. What now? I thought, keeping perfectly still so as not to suggest that anything was wrong. The cat arrived at my feet and began to purr and rub its body against my ankles, paying the hawk no mind. To my relief, the hawk returned the favor by paying the cat no mind.

One should never invest in assumptions, but by now I had pieced together a string of possibilities based on observation. First, that the hawk had been looking for “grub” as it awkwardly combed the slope of the creek; second, that it had grown accustomed to people and to this particular niche of the reserve; and third, that perhaps it was gaining occasional food from folk who lived at the campsite. Slightly more woo-woo, I began to believe that the red-tail was wanting a little attention and care.

Back at the parking lot, key additions to our rescue team had arrived; Susan with a large cardboard box, and “J” with a long-pole net. Reaching the campground, I took a position between some tents and behind the hawk, speaking to it as I had before. “J” ranged around to where I had stood earlier, close to the culvert wall, with Susan behind him and just out of sight until the box was needed. Then, doing as he had learned, “J” inched sideways along the wall, measuring his progress without ever looking directly at the bird. When close enough to the unsuspecting, or undaunted, hawk – swoosh! - down came the net from above. Up rose the hawk with only a quick ruffle of wings as “J” clasped shut the open end of the net with his gloved hand. Susan arrived with the box almost instantly, and the red-tail was quickly secured with little fuss or resistance.

A job well-done by all after hours of good intentions, timely meetings, and improvised application.

“J” had arranged to drive the red-tail to Portland Audubon where it was received by the Wildlife Care Center. Because of limited volunteer staffing during this time of pandemic, updates on the hawk's condition have not been available through the date of this report.

Hi Lloyd, Thank you for taking the time and calming this beautiful bird. I have seen a red tailed hawk up close and they are magnificent. I hope your bird friend makes a complete recovery. I feel that it will. Peace and joy in the love of nature. Nancy

Thanks for your comment and sentiments, Nancy. With the hawk received by award-winning good hands, it became clear to me that he/she was not simply a rescued victim, but an innovative, intelligent survivor who served as a catalyst and partner to all who engaged in a remarkable, coordinated effort during this most unusual time. Best.