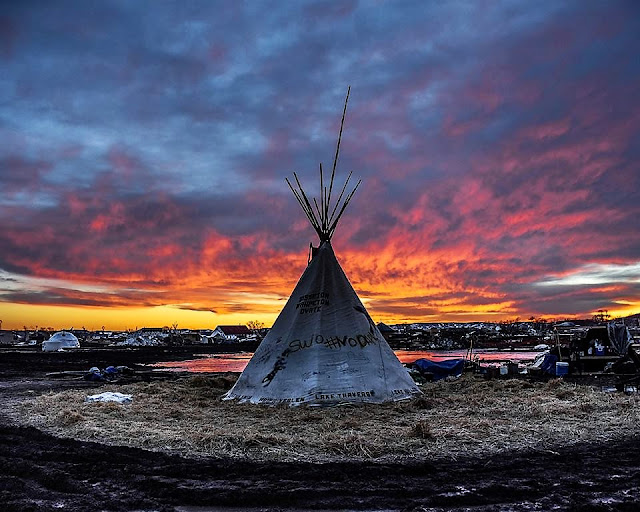 Update March 3, 2021: Steve Martinez currently jailed again
Ryan Fatica, Perilous Chronicle reports, "Steve Martinez, a North Dakota activist who participated in the protests at Standing Rock, was taken into custody Wednesday after refusing to testify during his appearance before a federal grand jury in Bismark, "North Dakota. Martinez is being held in the Burleigh County Detention Center and could face up to 18 months in custody on charges of contempt of court if he continues his refusal.

District Court Judge Traynor, Government Agree with Counsel for Mr. Martinez That Finding of Contempt and Sanctions Were Imposed Without Authority and Must Be Terminated.

BISMARCK, North Dakota – Water Protector Steve Martinez, who was confined for his principled refusal to participate in a federal grand jury investigation, was ordered to be “released from custody forthwith” late in the day on Monday, February 22. District Court Judge Daniel M. Traynor agreed with the arguments of counsel that the finding of contempt and associated “coercive confinement” at Burleigh Morton Detention Center were imposed by a Magistrate Judge who lacked authority to impose such sanctions. He ordered Mr. Martinez’ confinement immediately terminated, and confirmed that all other litigation related to grand jury proceedings must take place before a District Court Judge.

The Government served Mr. Martinez with a new grand jury subpoena prior to his release.

“Unlike all other legal proceedings in the U.S., federal grand juries are secret, and are almost entirely controlled by the prosecutor,” said Martinez’ attorney, Moira Meltzer-Cohen. “As such, they are ripe for abuse and have a history of being used for politically-targeted harassment.” She continued, “This ruling terminates, but does not remedy, three weeks of categorically unlawful incarceration endured by Mr. Martinez. That the Government’s response was to re-subpoena him speaks to the perversity of this process.” The new subpoena demands his presence on March 3, 2021, before the same Grand Jury, which is ostensibly investigating injuries sustained by Water Protector Sophia Wilansky.