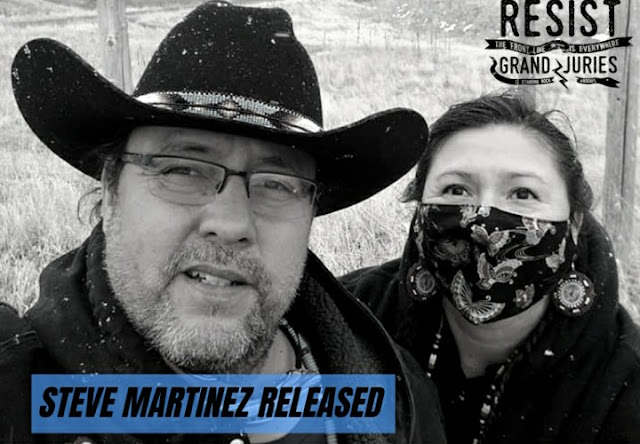 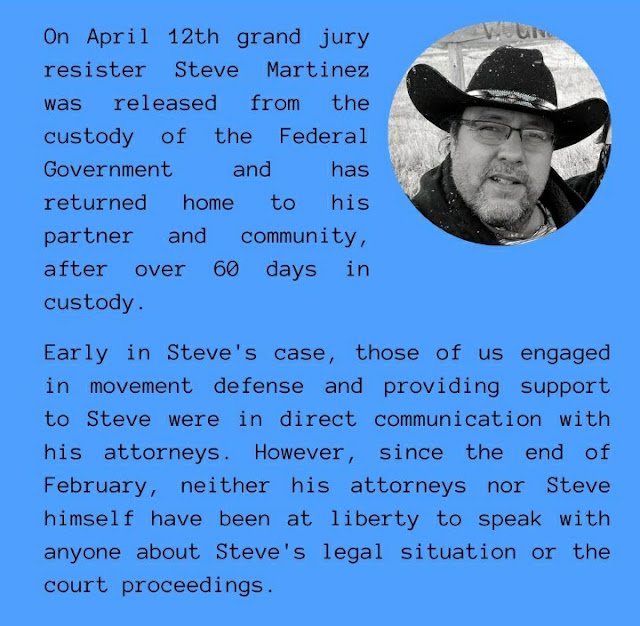 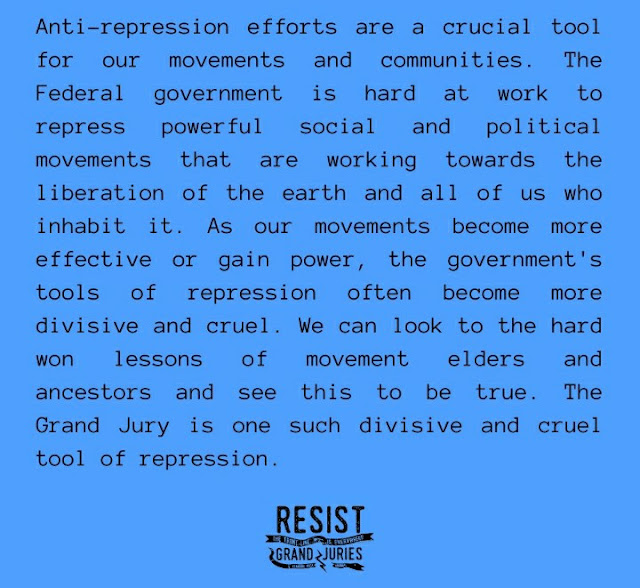 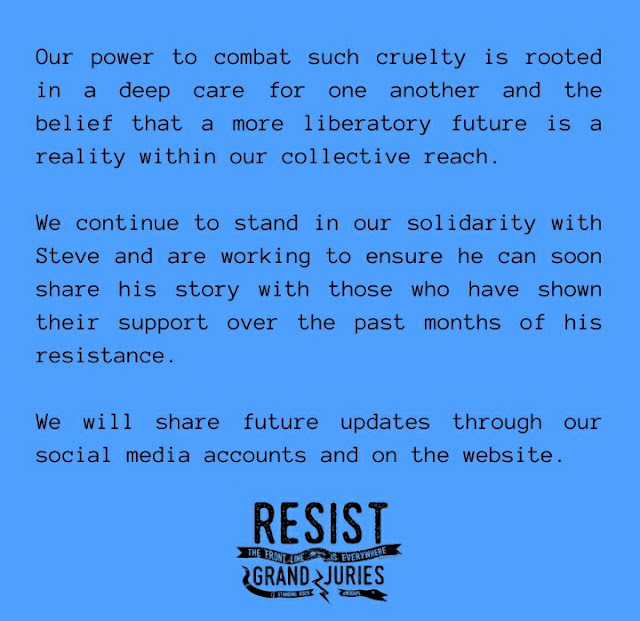 Democracy Now reports:
April 21, 2021
Standing Rock water protector Steve Martinez has been released after more than 60 days behind bars for refusing to give testimony to a federal grand jury. Martinez was summoned as a witness in the case of Sophia Wilansky, a water protector whose arm was severely wounded during a police crackdown on anti-pipeline protests in 2016. Prosecutors were attempting to shift blame for Wilansky’s injuries from law enforcement to water protectors. The campaign to free Steve Martinez blasted the use of grand juries as a “divisive and cruel tool of repression.”
https://www.democracynow.org/2021/4/21/headlines/standing_rock_activist_who_was_jailed_after_refusing_to_testify_before_grand_jury_is_released
at April 20, 2021 No comments: