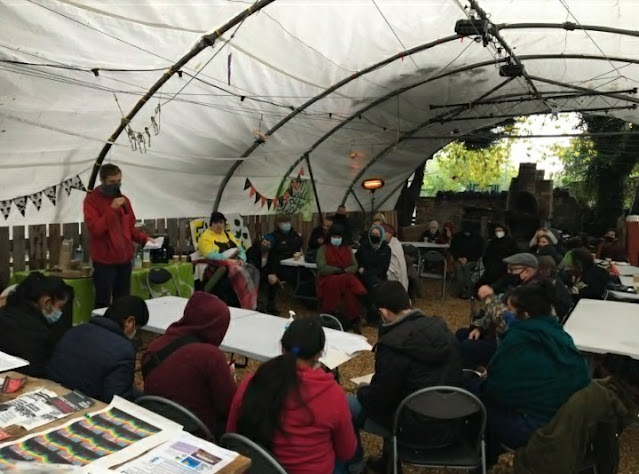 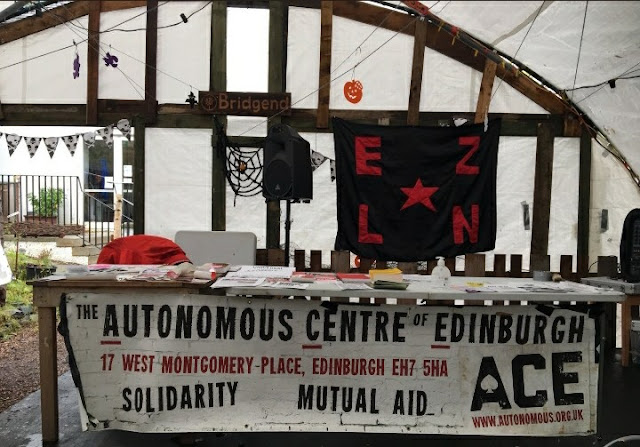 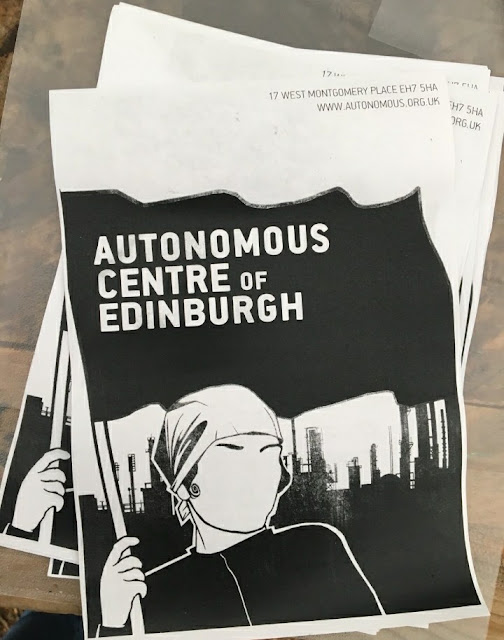 Autonomy, Self Reliance and Dignity

Zapatistas from Chiapas, on the Journey for Life, were welcomed to Scotland. The delegation met with 15 organizations and discussed autonomous governments and the role of women.

The delegation of more than 170 Zapatistas that arrived in Vienna, Austria, are traveling through Europe in small groups and have already joined struggles in the Far North with Sami in Finland and Russia, and supported struggles in France, Germany, Italy, Switzerland, Greece, Ireland, the Netherlands, Basque homelands, and the struggles of migrants and Kurdish women.

The first delegation of Zapatistas arrived from Chiapas by ship, crossing the Atlantic, arriving first in Portugal and then Spain.

Zapatistas are sharing their message of resistance to capitalism and their history of autonomous government, as they battle exploiters, government oppression, and corporate theft of their homelands for mining and development in Chiapas.