Western Shoshone to White House: 'Our nation being destroyed by nuclear weapons testing and disposal' 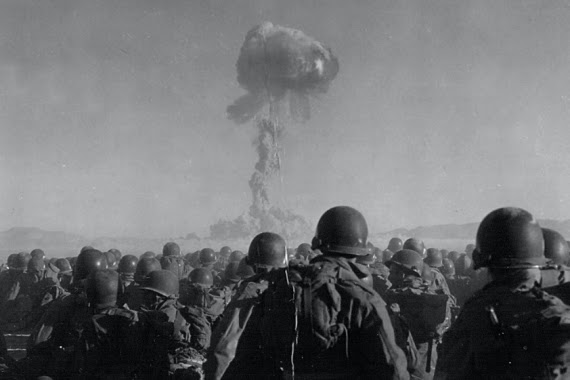 Comments of Principal Man Ian Zabarte of the Western Bands of the Shoshone Nation of Indians to the White House Environmental Justice Advisory Council, January 27, 2022
These comments characterize the ongoing abuse suffered by the Western Shoshone people as a result of US military and commercial nuclear development. There has been no explicit act of Congress to diminish or extinguish Indian title to 30 million acres of land owned by the Western Shoshone Nation defined by Article 5 of the Treaty of Ruby Valley. We seek creation of a reservation by the President under Article 6 of the treaty as a remedy for the safety, protection and benefit of the Western Shoshone people.
Consultation is not consent but when done, should be according to the UN Declaration on the Rights of Indigenous People with free, prior informed consent of Indigenous people affected--a right of self-determination, and in the planning and implementation of projects on our lands. The law needs to be enforced and resources directed to indigenous communities for clean-up efforts and proper enforcement.

Our nation has, and is, being destroyed by nuclear weapons testing and nuclear material disposal. The pattern and practice of the Department of Energy and cooperating agencies inflict conditions intended to bring about the destruction of Shoshone Nation, violating peremptory norms in International Law that the United States has acceded to under the Proxmire Act in 1988 (18 USC 1091--GENOCIDE).

In 1990, the Department of Energy created “cultural triage” used in the Yucca Mountain nuclear waste repository project defined as, “the forced choice decision-making by and ethnic group to a development project” claiming Indians were involved in Yucca Mountain development. Cultural triage features are it is forced upon ethnic Native Americans for development.”
Federally-recognized Indian tribes are deemed by the US Supreme Court as incompetents under the superintendence of the Secretary of the Interior and therefore cannot consent. It is the US that is wholly responsible for the outcomes. The systematic use of cultural triage is genocide.
Origin is important. Shoshone individuals must be followed for health consequences. We need collaborative research funding, monitoring, surveillance and registries for Shoshone down-winders affected by radiation from nuclear weapons.
We need radiation exposure compensation re-authorization (RECA). We need the President to create a Shoshone homeland under Article 6 of the Treaty of Ruby Valley. All federal actions must be required to prove ownership of federally funded project sites.
Finally, nuclear weapons are illegal under the new International law, the Treaty on the Prohibition of Nuclear Weapons, that entered into force January on 22, 2021. We can protect our environment, our Mother Earth, by ending our obsession with nuclear weapons of mass destruction and join the Treaty on Prohibition of Nuclear Weapons. Thank you.
https://www.epa.gov/environmentaljustice/forms/white-house-environmental-justice-advisory-council-whejac-public-comment
at January 27, 2022