"The traditional Lakota lifeways and practicing of ceremonies were prohibited by the United States policies of assimilation and conversion causing significant and lasting damage to our tribal members including to their identity as Lakota people."
"The 1868 Treaty and the American Indian Religious Freedom Act of 1978 protect our way of life."

"The youth do this work for all of the babies who died at the hands of priests and nuns. We do this for the elders who are still suffering from boarding school trauma. Shout out to tribal council for holding it down for our way of life, for the people, and the youth," Ferguson said after the Council session.

The Oglala Lakota Nation banned Mathew Monfore and the Jesus is King Mission on July 22.
The Oglala Lakota Nation demanded that Monfore and the Jesus is King Mission leave Oglala land for hate speech and demonizing Lakota culture.
On the Jesus is King Mission website, this hate speech targets Russell Means, Spiritual Leader Leonard Crow Dog, Black Elk, the Wounded Knee Massacre, and Ghost Dance of Wovoka.
“This week the Jesus is King Missionary was found distributing material that literally demonizes the Lakota Culture and Faith,” said the Oglala Lakota Nation in a statement on July 22.
“This is unacceptable and completely disrespectful. It is the view of the President and Council that these ‘pamphlets’ seek to promote Hate instead of Peace. Hate has no place on Oglala land.”
The new ordinance is effective immediately. The Council vote was 15 votes supporting, two opposing and two "not voting."
The ordinance is "to protect the health, safety, and general welfare of the people."
On August 2, the Oglala Lakota Nation posted the ordinance and registration form on social media, with this update: "Ordinance 22-54 regarding the registration process for all churches and missionaries as well as the Registration and Request for Authorization to Conduct Missionary Activities Form. To submit, please bring the form to the OST Tribal Building or email to Stacytl@oglala.org 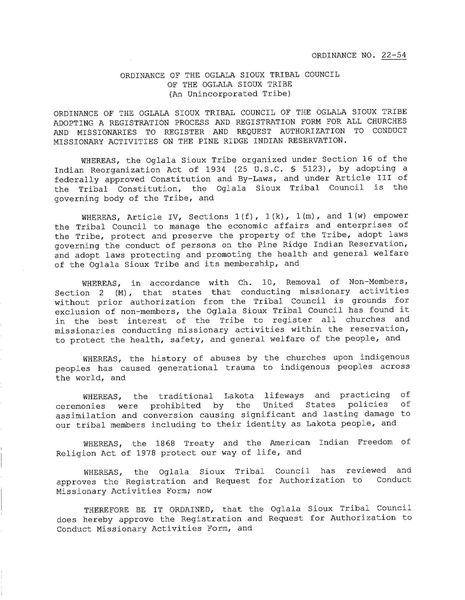 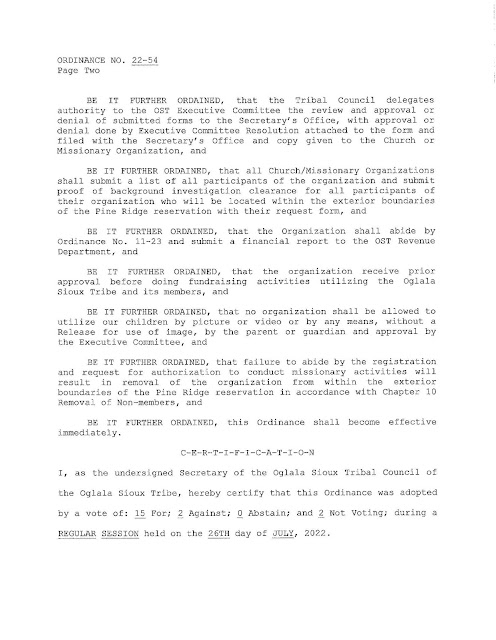 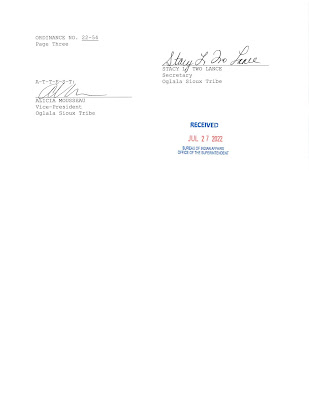 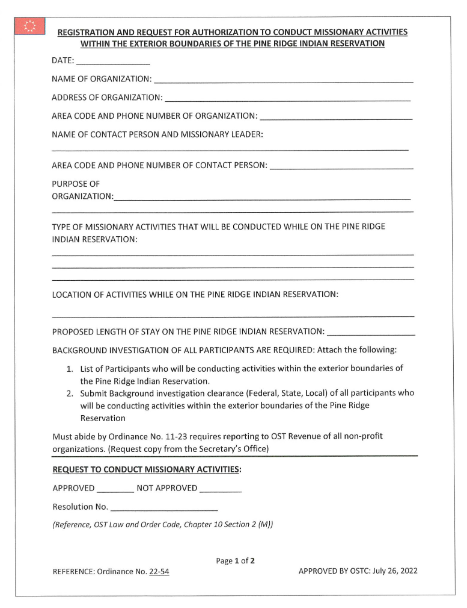 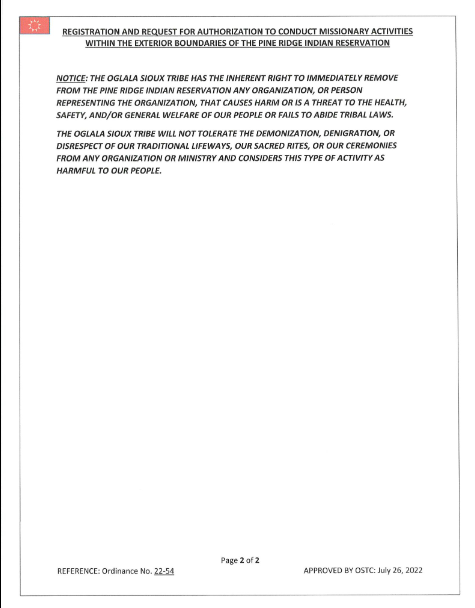