.
Sincere condolences to the family and friends of Kevin Locke, who spent his life sharing the message of love and unity as he performed the hoop dance and shared the melody of his flute. -- Brenda Norrell, Censored News. 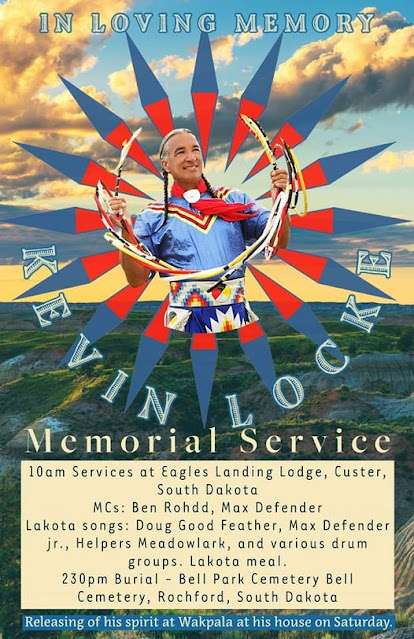 By Brenda Norrell
Censored News
Kevin Locke, Lakota Anishinabe, and international ambassador for the spirit of truth, love, and unity, took his flight to the Spirit World on Friday night.

“Through my music and dance, I want to create a positive awareness of the oneness of humanity," Kevin said as he traveled the earth.
Ohiyesa Locke said his dad died unexpectedly from a “massive asthma attack." Ohiyesa said his dad "died a legend."
”Whitney Rencountre, executive director of Crazy Horse Memorial, shares the photo above and his good words about Kevin's final performance on Friday.

"A picture during Kevin Locke’s final day of performances, Friday, September 30, 2022. He was asking where the children were, there were mostly retired folks in the crowd at Crazy Horse Memorial.

"Just then a bus load of students from Oglala Lakota Oyate pulled into the parking lot. So I invited them in to dance with Deksi Kevin."

"His eyes lit up and he went on teaching them and got them dancing with him, while showing them how to use a hoop. He was singing old songs, that he said he rarely shares in presentations, almost like he knew it would be the final time sharing them."

"Deksi Kevin shared a message that we need to pray more, love more, share more hope and have more faith. Most importantly, we need to respect our fellow human beings."

"I didn’t know this would be the final words I would hear from Uncle Kevin, who I admired and learned from through the years, like many others around the world," Rencountre said.

Around the world, Kevin's friends and global family in the Baha'i Faith mourn, along with his Lakota and Anishinabe family, Kevin's sudden and unexpected death at the age of 68.

On the Navajo Nation, upon hearing of Kevin's passing, Bitahnii Wilson, Dine', said, "Prayers for Departed for my Lakota Baha'i Brother Kevin Isgor-Locke we love and miss you already."

"I enjoyed being in your presence and dancing by your side at the pow wow and being at your Hoop Dance performance and flute playing session as you taught us how to play the flute at NABI, Native American Bahai Institute, in Burntwater, Arizona, and now you’re on your journey into the Spirit World, Abha Kingdom. Rest in Peace brother!"
Kevin Locke
https://kevinlocke.com/about-kevin-locke/
Kevin Locke (Tokaheya Inajin in Lakota translation “First to Rise”) is a world-famous visionary Hoop Dancer, preeminent player of the Indigenous Northern Plains flute, traditional storyteller, cultural ambassador, recording artist and educator. Kevin is Lakota and Anishnabe. While his instructions were received from his immediate family and community, from extended family in every part of the world, Kevin has learned many lessons in global citizenship and how we each can draw from our individual heritages to create a vibrant, evolving global civilization embracing and celebrating our collective heritage. 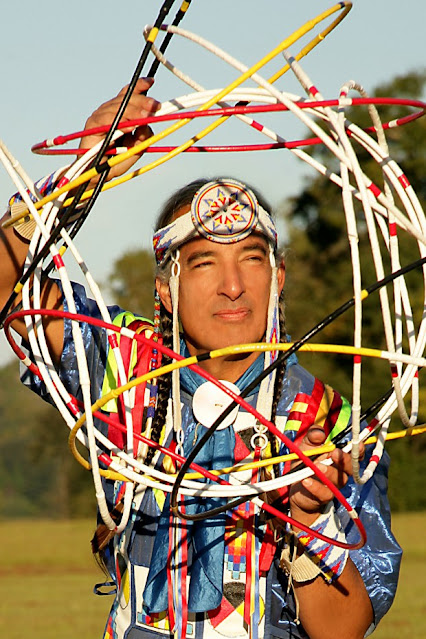 With nearly 40 years of performing to over hundreds of thousands of people in over 90 countries, Kevin Locke’s concerts and presentations at performing art centers, festivals, schools, universities, conferences, state and national parks, monuments and historic sites, powwows, and reservations number in the hundreds annually.

80 percent of Kevin’s presentations are performed thru the educational system and shared with children of all ages in schools, community centers and festivals internationally. As a folk artist, he uses his talents to teach others about his specific tribal background. His special joy is working with children on the reservations to ensure the survival and growth of indigenous culture.

Kevin is a musical and dance hero to children worldwide. Through his performances, he engages children of all ages as active participants in the Hoop Dance. This allows his audience to immerse themselves in the art of storytelling through dance and music, a deep-rooted tradition in his culture. His workshops not only involve students in learning how to construct a traditional flute but learn how to play Native American songs.

Kevin’s goal is to empower today’s youth in culture and “raise awareness of the Oneness we share as human beings.” His belief in the unity of humankind is expressed dramatically in the traditional Hoop Dance which illustrates “the roles and responsibilities that all human beings have within the hoops (circles) of life.

“Through my music and dance, I want to create a positive awareness of the Oneness of humanity," Kevin said.

Since 1982, Kevin has recorded twelve albums of music and stories, most recently The First Flute, Open Circle, Keepers of the Dream, and Dream Catcher. 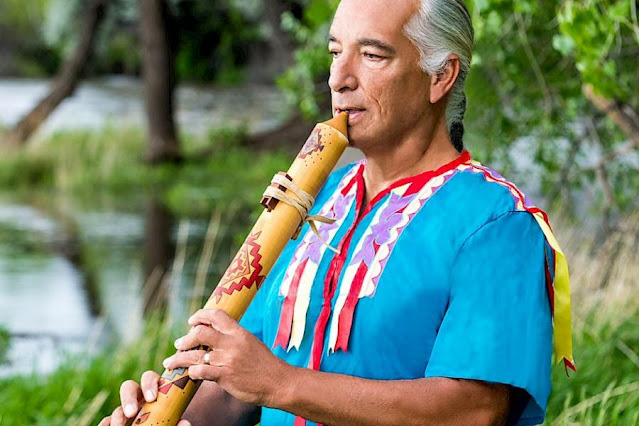 With joyful hearts, we announce that the International Academy for Human Sciences and Culture, a nonprofit based in Zurich, Switzerland named Kevin Locke their very FIRST Peace Prize Awardee.

As the survival of the world’s indigenous peoples and the protection of their cultural and spiritual heritage is imperative as an essential part of the cultural and spiritual heritage of mankind as a whole, we would like the first peace prize 2020 to be awarded to both your late mother and you in honor of your constant and tireless endeavors for this cause."
May we all be strengthened by the service we provide towards promoting the oneness of humanity!
Please read more and view videos at Kevin's website
https://kevinlocke.com/kevin-locke-named-2020-peace-prize-awardee/
Special thanks to Whitney Recountre for allowing Censored News to share his photo and good words and Bitahnii Wilson to share his memory of Kevin on Navajoland.
Please return to Censored News for updates on this tribute.
at October 02, 2022