Judge Rules that Mohawk Mothers Can Represent Themselves According to Their Own Culture.

On September 20th, 2022 at the Superior Court in Montreal, Justice Gregory Moore ruled that the Mohawk Mothers (kanien’keha:ka kahnistensera) can represent themselves, dismissing Quebec’s motion to make them get a lawyer. His judgment acknowledged that it is contrary to Mohawk culture to be represented.

The Attorney General of Quebec and the Société Québécoise des infrastructures (SQI) are leading this case to stop the Mohawk Mothers from getting an injunction to block McGill’s New Vic project. The case will be heard on October 26th.

Listen to audios at MNN

MNN. Sept. 20, 2022. Fifty-seven inane questions were served on the Mohawk Mothers which did not concern the case of the unmarked graves and bodies of thousands of indigenous and other children. McGill University and its affiliates conducted mind control, brainwashing, and torture techniques on these children. [Quebec Superior Court 500-17-120-468-221] kahentinetha et al. v. Societe des infrastructure et al.] The Mohawk Mothers are in Quebec Superior Court demanding to know what happened to these children.

An odd turn of events is that the Attorney General of Quebec, who is supposed to be an impartial third party on behalf of all people of Quebec, is now leading the case against the Mohawk Mothers. He entered a motion to block the inclusion of evidence from the independent Special Interlocutor of Unmarked Graves that was appointed by the Canadian government to basically make sure that the case is run ethically for both sides.  Canada created this special position to help all involved parties to investigate unmarked graves throughout Canada.  The Special Interlocateur has entered the case as a Friend of the Court but cannot file evidence. We want all of the truth to be revealed. 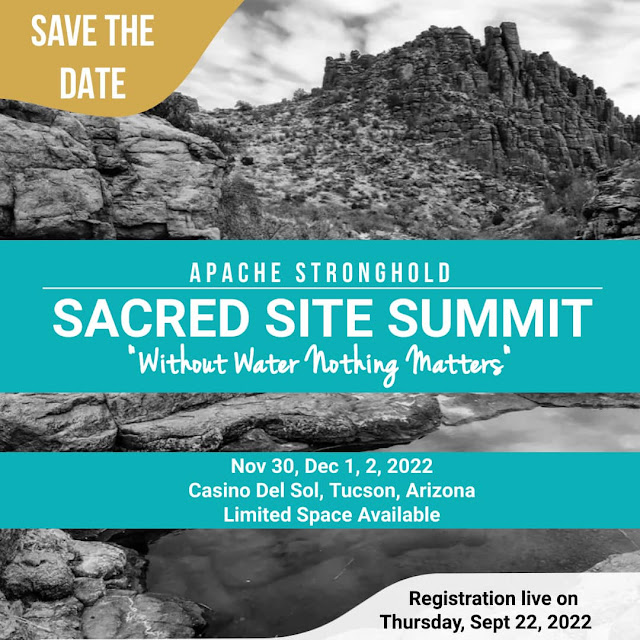 Join us November 30th - December 2nd for the 2022 Sacred Sites Summit and join leaders from various land/water defense efforts across the country as we gather in solidarity to fight the forces that mean to take away our sacred sites and ancestral practices.Register Today - https://SacredSitesSummit.eventbrite.comLimited Space AvailableIf you have any questions in regards to the summit please contact sacredsitesummit@gmail.com or Mina at 516 717 7260