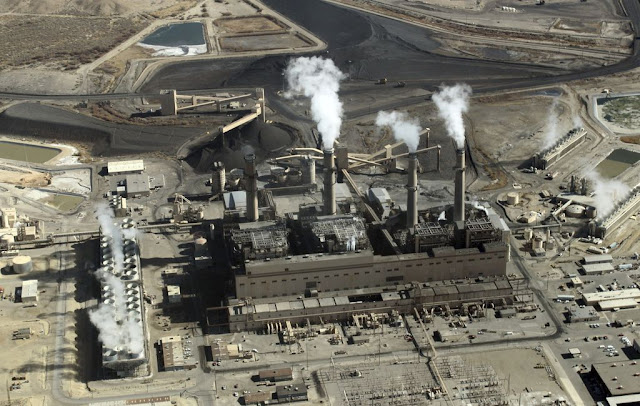 Breaking News: Another polluting coal-fired power plant on the Navajo Nation shuts down, but not before poisoning the air, water and land. While the electricity went to distant cities in the Southwest, and the Navajo government received revenues, Dineh in the region, from Shiprock to Bloomfield, New Mexico, choked on the poisonous air and suffered from widespread respiratory problems from both the coal-fired power plants, San Juan Generating Station and Four Corners power plant (whose dark plume could be seen by astronauts in space). -- Censored News.

In 2017, majority owner and operator Public Service Company of New Mexico (PNM) announced that the coal-fired San Juan Generating Station was too expensive to operate and that the last two of the plant’s four units would be retired in 2022, rather than operating until 2053. On-the-ground communities and advocates had long since called attention to the plant’s expense as well as its damage to health, air and our climate. 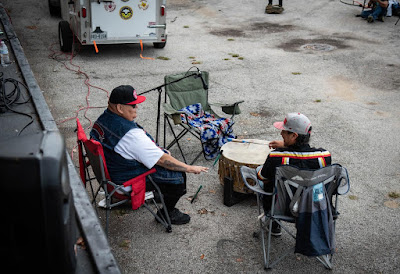 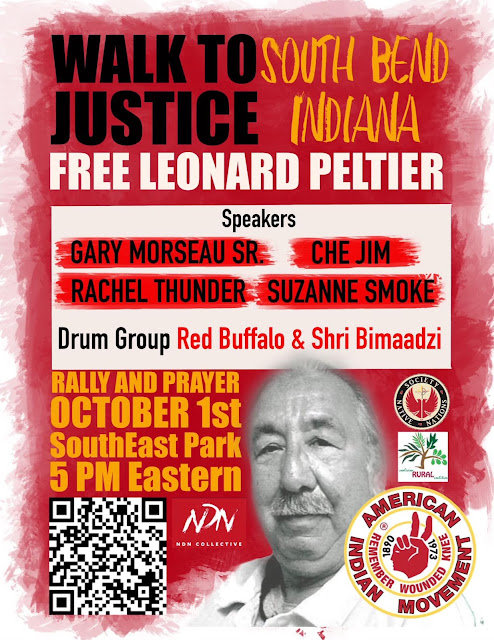 Who will hold the United States responsible for its genocide?

Who will hold the United States responsible for its genocide?
Brenda Norrell
Censored News
U.S. Secretary of State Antony Blinken said on Twitter: "The United States is committed to accountability for genocide, war crimes, and crimes against humanity. Today, we welcome the opening of @IntlCrimCourt trial proceedings against Mahamat Said Abdel Kani, a former Séléka commander in the Central African Republic."

Now, will the International Criminal Court hold the United States accountable for genocide, war crimes, and crimes against humanity?

The Pope confessed to the crime of genocide of Native children in residential schools on the plane when he departed from Canada this summer.
Will the International Criminal Court hold the Catholic Church, and other churches in Canada -- and the governments of Canada, the United States, Australia, and New Zealand -- responsible for the genocide of Indigenous children in residential and boarding schools?
Will the United States be held accountable for genocide for the separation of migrant children from their families, and imprisonment of migrant children?

Who will hold Israel responsible for the torture, false imprisonment, and murder of Palestinians? The U.S. is an accessory to these crimes by funding Israel. The U.S. is also contracting Israel's surveillance and weapons producer Elbit Systems for Apartheid surveillance on the U.S. southern border.

Will the International Criminal Court hold the U.S. responsible for targeted assassinations --  without charges or trials -- using computers, drones, and missiles?

Will the United States hold the U.S. Border Patrol responsible for crimes against humanity?
Will the International Criminal Court hold the United States government responsible for the U.S. Border Patrol agents acting with impunity, stalking and terrorizing Indigenous women and the elderly, and committing the crimes of assault, serial rape, murder, and drug running.