'We Breathe Again' Featured this week on Vision Maker film festival's focus on Alaska
By Brenda Norrell
Censored News
'We Breathe Again," is featured on today's Vision Maker Media film festival, free online. It shares the story of the pain and healing work underway as Native youths commit suicide, and a generation recovers from boarding school abuse where children were beaten for speaking for their language.
This week the film festival features films from Alaska, including Aleut Story, the documentary of Aleut forced into U.S. internment camps during WWII where many died of starvation and disease.
Watch the film
https://visionmakermedia.org/we-breathe-again

'Finding Refuge,' filmed at Refuge Rock, Old Harbor, Kodiak Island, Alaska is featured this week on Vision Maker Media's film festival, free online.
The film documents the struggle of one dying woman to find the truth about the past. She hopes her Native culture and history doesn't end when she passes.
Isabella Blatchford (Sugpiaq/Alutiiq/Inupiaq), with her last dying breaths, confronts the violent event over two centuries ago when Russia invaded.
When Russians fired the cannons, five hundred men, women and children were killed in one day.
But the Sugpiaq survived.
Watch today and all week
https://visionmakermedia.org/finding-refuge 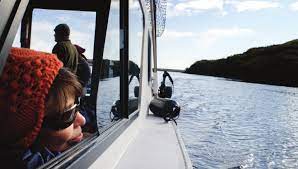 Isabella Blatchford gets quiet and contemplative during her trip to Refuge Rock. For years, she’d been dreaming of replacing her sense of shame with one of pride, in part by gong to Refuge Rock, where her people were brutally massacred during the colonization of Kodiak Island by Russian fur traders. -- Vision Maker Media. Photo by: Torsten Kjellstrand/Dog Mountain LLC.
. 'Aleut Story," is the horrific story of Aleut forced into internment camps during WWII, where they died of hunger and disease, and then were abandoned and left to starve. The film is featured today on Vision Maker Media's free online film festival.

Aleut Story reveals the ever-present death in these camps, where disease was rampant, from boils and tuberculosis. Aleut were placed in damp and rotting buildings for years, with little food or medicine.

Aleut men were forced into slave labor as seal hunters. The United States  government threatened them, and told them that they would never be able to return to their homes if they did not work in this forced labor.

It is an untold story which the United States government silenced for years. 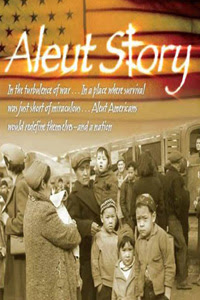 In 1942, as World War II invaded Alaska, Aleut Americans were taken from their homes and removed to abysmal government camps 1,500 miles away. Death was ever-present in the camps. An estimated 10 percent of the men, women and children sent to the camps would die there—a death rate comparable to that suffered by Americans in foreign prisoner of war camps. As the Aleuts prayed for deliverance, "friendly forces" looted their homes and churches in the Aleutian and Pribilof islands.
-- Aleut Story
More:
Previous article at Censored News "Aleut Internment Camps, the Untold Atrocity
https://bsnorrell.blogspot.com/2012/11/aleut-internment-camps-untold-us.html
Censored News original article in 2012 was translated into Russian
http://mixednews.ru/archives/27384 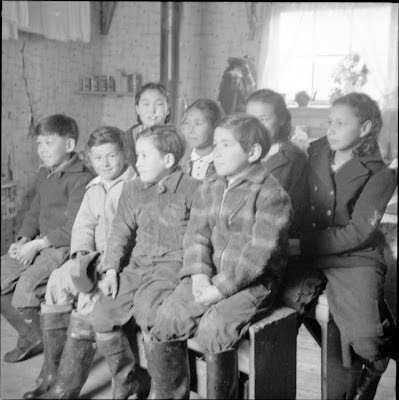