While the corporate interests hijack the upcoming UN Climate Summit, and frauds attempt to take control of the upcoming UN Indigenous World Conference, both in New York, Indigenous around the world are speaking out to denounce those who are co-opting their struggles for personal and corporate gain.
With only select participants invited to participate in the Indigenous World Conference, Indigenous Peoples around the world are denouncing the self-appointed, and highly funded non-profits, often with hidden salaries, travel budgets, and hidden agendas, who have become self-appointed spokespeople for Indigenous grassroots people.
However, many of the uninvited -- the authentic grassroots people living in their communities and fighting mining, fracking and destruction -- will participate in the Peoples Climate March and lead the March in New York on Sept. 21, 2014.
Meanwhile, many Indigenous denounce both the Ban-Ki Moon Climate Summit, and the select agenda of the UN World Conference on Indigenous Peoples.
The Indigenous Environmental Network and La Via Campesina join other social, justice and environmental movements to denounce the upcoming Ban-Ki Moon Climate Summit, Sept. 23.
In a joint statement, the movements call for “systemic change rather than the voluntary pledges and market-based and destructive public-private partnership initiatives that currently feature on the Summit’s agenda, like REDD+ Climate-Smart Agriculture and the Sustainable Energy for All initiative."
The statement calls for "10 concrete actions to be taken to prevent climate chaos including immediate binding commitments to keep the temperature rise to no more than 1.5degrees Centigrade. The social movements go on to warn against what they call the 'false solutions' and harmful actions that the big corporations that have been invited by UN Secretary General Ban Ki-Moon to play the lead role at the upcoming Climate Summit in New York are pushing for.”
Read more: http://indigenousresistancejuly2014.blogspot.com/2014/09/indigenous-and-via-campesino-denounce.html
In Ixim Uleu Maya Territories in Guatemala, the Abya Yala Council denounced the select agenda of the UN World Conference on Indigenous Peoples,  Sept. 22 -- 23, in New York.
“We denounce the lack of legitimacy of the representation of self-appointed indigenous peoples or those appointed by successive governments states who do not represent the legitimate demands of our peoples as in the case of the upcoming "World Conference on Indigenous Peoples" which is nothing more than a plenary assembly of the UN member states.  We demand that these governments instead comply with the relevant international covenants and treaties in full recognition, respect, and protection of the rights of Indigenous Peoples.
"Likewise, we reject the representation of the Central American Indigenous Council (CICA) because they do not represent us as Indigenous Peoples, instead they represent the interests of successive national governments and oligarchies.” Read more: http://indigenousresistancejuly2014.blogspot.com/2014/09/guatemala-indigenous-council-denounces.html
With the collapse of the media, especially of the national news covering Indian country, the frauds within the non-profits have been popularized by the frauds in the media: Armchair journalists who plagiarize the web and seldom leave their homes. Print journalism has been neutered by stay-at-home reporters who systematically plagiarize and rewrite others hard work, disguise it with a brief phone call interview, and add a photo stolen from the web.
The result is widespread fraud within journalism in Indian country, and the popularization of frauds within non-profits. In both cases, they rely on spin and deception to stay in power.
at September 18, 2014 No comments: 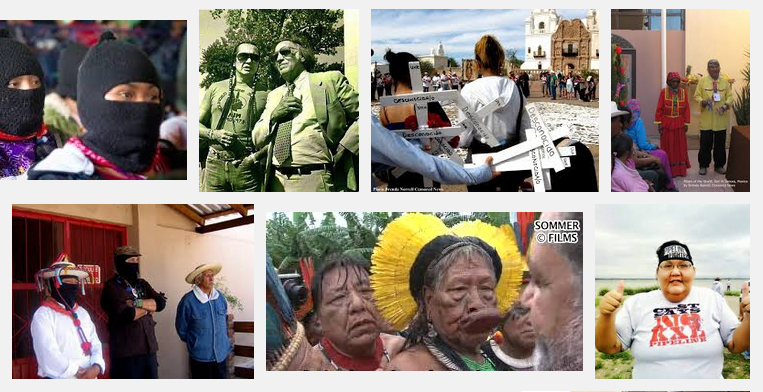 Carrying forward the work of Censored News, your favorite writers and voices at these two new blogs