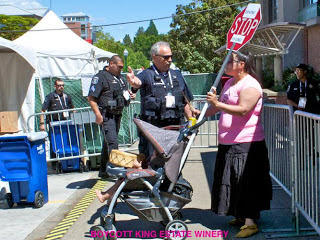 EUGENE, Oregon -- While the Tracktown16 Olympic trials were circulating through the media over the weekend, a lesser known event took place at the gates of "historic" Hayward Field. A group of concerned citizens representing the group "Save TV Butte" peacefully gathered calling for a boycott of King Estate Winery products and all investments of Edward King.

King Estate Winery is the official wine sponsor of the Tracktown16 Olympic trials in Eugene. Ed King, of King Estate Winery has also created Old Hazeldell LLC that has investments in creating a quarry mine in Oakridge, just 50 miles east of Eugene.

King Estate proclaims to be on the path to being the nation's largest biodynamic winery, which provides Ed King a glossy green-washed cloak to lurk behind.

Few are aware of King's unsustainable investment in the Old Hazeldell Quarry mine in Oakridge. The property of the quarry site is known as TV Butte. This area is the original location of the town of Oakridge, then known as Hazeldell.
Prior to that, the area was utilized by the Chakgeenkni-Tufti band of Molalla Indians and several other local tribes for thousands of years.
Within the proposed quarry site, it is a fact that there is a trail that was utilized by tribes for more than 500 years. Ancient aboriginal materials have been found in the area and there is a known Indigenous burial ground nearby.
Our great-great grandfather Charlie Tufti was a member of the Chakgeenkni-Tufti band and was awarded a donation land claim adjacent to the proposed quarry site in 1884. Charlie and a fellow tribal member Jim Chuck-Chuck also owned land next to the proposed site.
It was illegal and therefore rare for a Native to own land off reservation during that era. A notarized affidavit was signed by a white male endorsing the fact that Charlie had not had any contact with his tribe and no longer practiced tribal traditions, which was false, in order to make the land claim official.
Charlie Tufti had two wives and children who died of Tuberculosis around the time he was awarded claim. He first met and married Sally, a Klamath tribal member. They had children who did not survive along with their mother. He then met Celia. And so the story goes. All of them are buried at what is known as Aubrey Flat at the base of TV Butte in Oakridge.
Since their deaths, our small Molalla band established an agreement with the settlers in Oakridge back in the 1800's that is still, for the most part, honored to this day. That vow is to have respect for the grave sites and to not disturb the soil nor the remnants of the tribe.

Now that Ed King, Greg Demers and other anonymous investors are vying after the aggregate minerals within TV Butte for their grotesque personal profits, our agreement has been violated because our sacred sites are being disturbed by their development.
What lies beneath the surface of that butte, is a time capsule. These ancient artifacts and remnants of our tribe are from an era in our history that will never happen again and can never be recreated. Therefore, the soil must not be disturbed.

As I sit here at the stroke of midnight on what is proclaimed to be Independence Day, I dwell on the significance and twisted irony of this holiday.
When I was denied entry into the Olympic Trials in my hometown by at least 8 Eugene police officers, carrying only my baby and eagle feather, solely based on exercising the right to freedom of speech, I must question what "independence" means to me.

When making a public statement with my child, to defend our Indigenous homelands from desecration, I found it curious that a passerby found it appropriate to shout "Go Trump" at us as they exited the gates of the Olympic Trials.
Despite the oddities, it is reassuring to find that others are open to discussion and some even expressed their support and concerns.
So long as Indigenous people of these lands are restricted by the choke hold of American greed from fully exercising our inherent rights, I cannot say I can personally celebrate my independence. My independence is limited in our Indigenous territory.
If this culture has to desecrate ours in order to prosper and attain independence, then I nor my children will ever truly be free.
The next public hearing with the Planning Commission regarding the Old Hazeldell Project application is July 26, 2016, at 5:30 p.m. in the Goodson Room at 3040 N. Delta Hwy, Eugene, OR
For more information and updates Google: Save TV Butte or Facebook: Save TV Butte- Boycott King Estate Winery @savetvbutte
https://www.facebook.com/savetvbutte/

Kayla Godowa-Tufti is a Great-Great Granddaughter of Charlie Tufti. On her father's side, she is a member of the Confederated Tribes of Warm Springs of Oregon and a descendant of the Chakgeenkni-Tufti mountain band of Molalla Indians. An Indigenous rights advocate and freelance journalist residing in Kalapuya Territory, Oregon. 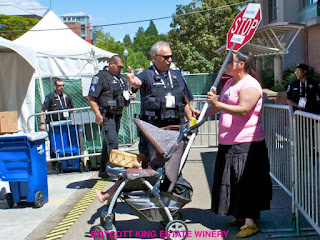 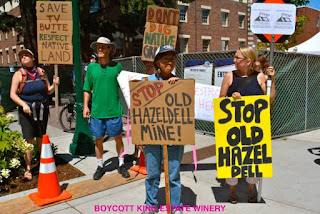 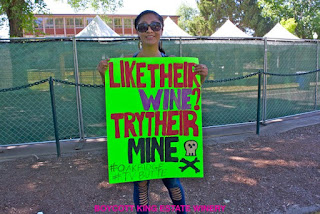