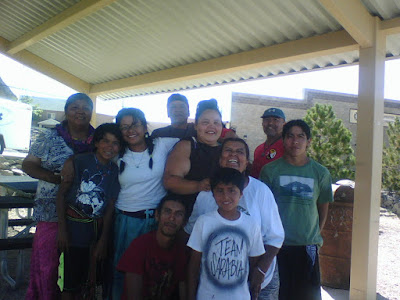 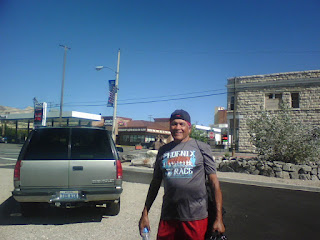 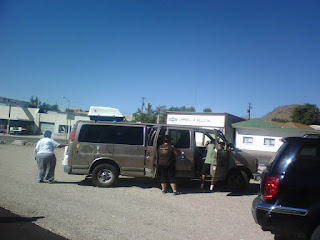 Buck Sampson, Northern Paiute, said the Peace and Dignity runners arrived in Tonopah, Nevada, at 2 pm today, July 6, 2016. Runners will begin again at 7 am, running south toward Beatty on Hwy 95. Buck said they are looking for more runners.

Buck Sampson said, "The Peace and Dignity run is an ancient Maya prophecy in which an Eagle and Condor are facing each other with their necks intertwined, both Birds joined together as equals in unity. The elders said Condor represents the Indigenous people of the south and Eagle represents the Indigenous people of the north. The elders said there needs to be a way to connect Indigenous people of north and south. After talking it was decided a Spiritual Run would be a way of connecting the two. Every four years runners begin their journey at opposite ends of the Northern and Southern Hemispheres."

Thank you to Buck Sampson and his son Bad Bear for sharing photos with Censored News all these years.