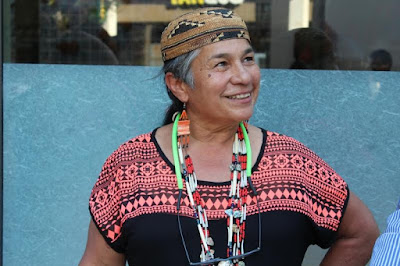 The Bureau of Reclamation (BOR) Fish Passage Pilot Implementation Plan is fatally flawed for two critical reasons. First, the BOR is only considering a ‘trap and truck’ option, and has rejected a proposals for a volitional swim-way. Second, the BOR only proposes using the Livingston Stone Fish Hatchery Chinook.

Below is the comment letter I submitted this morning in support of the Winnemem Wintu’s McCloud River Salmon Restoration Plan. I urge anybody who supports the restoration of native winter run Chinook salmon to the McCloud above Shasta Dam to submit the same or a similar letter with their name and organization included.


If you encounter problems accessing the document, please call 916-978-5100 or email mppublicaffairs [at] usbr.gov. For contacts and additional information on the Shasta Dam Fish Passage Evaluation visit Reclamation’s website at http://www.usbr.gov/./BayDeltaOff./shasta-dam-fish-pass.html


This letter is sent on behalf of (your name and organization) to express our comments and concerns regarding the Bureau of Reclamation (BOR) Fish Passage Pilot Implementation Plan.


The plan is fatally flawed for two critical reasons; 1) the BOR is only considering a ‘trap and truck’ option, and has rejected a proposals for a volitional swim-way, and 2) the BOR only proposes using the Livingston Stone Fish Hatchery Chinook. The hatchery fish are not the appropriate fish to be utilized for the pilot plan as the DNA of the Livingstone Stone Salmon are inbred and diluted as a result of hatchery manipulation and blockage from historical spawning grounds. These fish are not suitable for placement in the McCloud River and Upper Sacramento.


The Winnemem Wintu Tribe has submitted a McCloud River Salmon Restoration plan which should be included as the preferred alternative for any pilot fish passage project. The Tribe has proposed a volitional fish passage alternative and that native McCloud watershed salmon that are in New Zealand be utilized for the project. In order to ensure survival of the winter-run Chinook Salmon this proposal needs to be taken seriously and the federal agencies with decision making power should fully assess alternatives that have a potential for true success, instead of short term non-effective proposals that over time will prove to be a death knell to winter-run Chinook Salmon.


Salmon are central to the Winnemem Wintu tribal identity and lifestyle. The Winnemem plan to restore Salmon with the original stock is a key component in restoring watershed health.


Watershed Health and natural Salmon life cycles go together.In order for this plan to be fully implemented the Winnemem must also have a seat on the steering committee that makes decisions as to the implementation of the plan. =No one has a better understanding of the McCloud watershed then the Winnemem Wintu Tribe, without direct participation and input from the Tribe any decisions made regarding implementation of the pilot plan will be incomplete and has the potential to cause further devastation on top of that caused by the building of the Shasta Dam.


The Winnemem insistence that project design contributes to robust natural migratory behavior is very important. Salmon survival requires resilience resulting from a fish population that winnows out the weak and allows the strongest adaptation to conditions.The project therefore must include a swim way passage for the adult to fry salmon to have a volitional route to move up and down the river. BOR must include a study that reveals the actual cost of building a passage way before it decides it is too expensive to consider.


We have serious technical concerns regarding the plan issued by BOR which are set forth below.


1. The Draft Shasta Fish Passage Pilot Plan DSFPPP proposes to use the remaining winter-run Chinook salmon utilizing habitat downstream of Shasta Dam as captive brood stock for supplying eggs and juvenile Chinook salmon for fish planting in the McCloud River. We disagree and are opposed to using these captive brood stock because they will have limited genetic fitness and low survival ability. They have been forced to adapt to an environment completely different from the McCloud River.


We base our recommendation on consideration of 1) the likely genetic fitness of wild New Zealand populations, 2) the lack of thorough genetic analysis of all of the runs of salmon in New Zealand and 3) because the Winnemem have a spiritual connection to the descendants of the original McCloud River fish introduced to New Zealand. We also recommend that spring-run New Zealand Chinook salmon be the genetic source for re-introducing spring-run Chinook salmon above Shasta dam in the long-term.


3. The (DSFPPP) is tailored for a trap and truck solution, and is, therefore, incomplete and inadequate. Any trap and truck operation designed during the DSFPPP is only a temporary measure for fish passage around Shasta dam and a permanent fish passage solution, a volitional fish passage for adult and juvenile chinook salmon is necessary to provide a permanent long-term mechanism that allows for species survival. The design and cost analysis for this permanent fish passage must be included in the pilot plan and be implemented during the Shasta Fish Passage Pilot Project (SFPPP) stage of the project.


4. Although the DSFPPP includes a long-term volitional (voluntary) upstream passage alternative for adult salmon, using downstream tributaries (Little Cow, Stillwater and Churn Creeks), there is little detail provided in this draft. We recommend that this volitional alternative be thoroughly explored (designs and cost analysis) during the pilot project. More detail should be provided in the DSFPPP to indicate serious consideration of this voluntary adult fish alternative.


5. We recommend that the DSFPPP include design and cost analysis for a volitional downstream fish way for juvenile Chinook salmon from the McCloud and Upper Sacramento rivers past Shasta Dam.


6. BOR must consult with and determine accessible and acceptable locations for adult fish passage facilities at the headwaters of the three potential sub-watersheds (Cow, Stillwater and Churn) and an off-channel juvenile collection facility on the McCloud River and the Upper Sacramento River with landowners, the Winnemem Wintu Tribe (and other relevant tribes on the upper Sacramento River), and discuss the state and federal approvals that would be required to implement the passage facilities needed. All of this information should be included in the pilot plan for the public to review and provide comment on before any final decisions are made by BOR.


7. Carry out an adult and down-migrant juvenile fish passage study on each of the 3 proposed sub-watersheds contained in their plan (Cow, Stillwater and Churn creeks). The results will indicate the potential level of McCloud River flow augmentation and size of pipe required to provide adult fish passage to a fish passage facility at the headwaters of each of the 3 sub-watersheds and to provide juvenile fish passage to the Sacramento River below Shasta dam. This study should be provided to the public and the results included the proposed pilot plan and circulated for public review and comment.


8. After the fish passage studies are completed, design and determine the cost of gravity-fed water pipelines from the McCloud River and the Upper Sacramento River to the Cow, Stillwater and Churn sub-watersheds.


9. Using the conceptual design provided in the Winnemem Plan, further engineer and determine the cost of a fish passage facility at the headwaters of each of the 3 sub-watersheds (Cow, Stillwater and Churn). This facility will be supplied by McCloud River water.


10. Using the conceptual description proposed in the Winnemem Plan, further engineer and determine the cost of an off-channel juvenile collection facility at the locations established from carrying out recommendation #6. This facility must direct down-migrant juvenile chinook salmon to the entrance of fish passage transfer pipes that would eventually lead to one of the 3 sub-watersheds (Cow, Stillwater and Churn), past Shasta dam.


We strongly encourage BOR to fully incorporate and assess the 10 issues identified above. This project is too important to take short cuts. Salmon are a key indicator species that have value to ecosystems and humans alike. In order to provide protection of this critical species the BOR must prioritize key components of the project needed for the survival of wild salmon. These key components are: 1) volitional fish passage; and 2) a strong genetic fish stock that comes from wild salmon currently located in New Zealand.


your name and organization 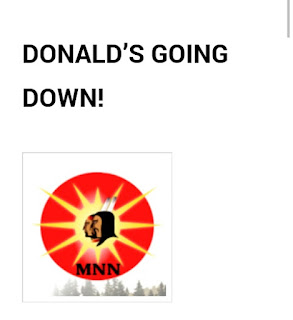 Tribute to John Trudell at the 'Water Unites Us' 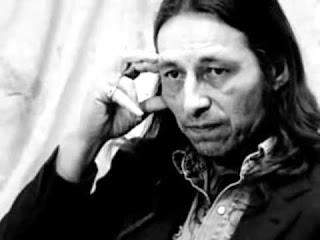