INDIAN ISLAND, ME — On Saturday June 4, 2016, representatives of the Sunlight Media Collective will travel to the Boston/New England Emmy Awards Ceremony in Boston. In April, the Sunlight Media Collective was nominated for a Boston/New England Emmy for The Penobscot: Ancestral River, Contested Territory, a documentary film that illustrates the history of the Penobscot Tribe’s fight to retain their sustenance fishing rights and territory in the Penobscot River, from the 1700s to current day. ItThe film also focuses on the Tribe’s environmental stewardship, including the current work of the Penobscot Department of Natural Resources to improve water quality. The film was broadcast on the Maine Public Broadcasting Network in December 2016.

The Penobscot: Ancestral River, Contested Territory highlights the currently unfolding story of the controversial and historic case Penobscot Nation v Janet Mills, in which Maine’s Attorney General claims the Tribe’s territory, which includes more than 200 islands in the Penobscot River, does not include the river itself. Since the film was completed, US District Court Judge, George Singal , decided on the case in December 2015, affirming that the Penobscot Tribe does have sustenance fishing rights in the Penobscot River surrounding their reservation’s islands. But However, on the issue of the river itselfjurisdiction, he Judge Singal sided with the State. In April, the Penobscot Nation and the US Department of Justice filed to appeal the US District Court decision.

“For the Penobscot, this is one of the most important issues facing the tribe today”, says the film’s co-writer/director, Meredith DeFrancesco. “It not only impacts Penobscot territory, but Penobscot sovereignty and cultural identity.”

The Sunlight Media Collective is a collaboration of Wabanaki and non-Wabanaki media makers. This is Sunlight Media’s first film. They continue to create content on the river case, and related issues, including the Maine Indian Land Claims Settlement Act. The Abbe Museum, in Bar Harbor, the only Smithsonian Affiliate in the state of Maine, is featuring the Sunlight Media Collective’s work in their new core exhibit , People of the First Light, which opened May 1st.

The documentary can be viewed in full at www.sunlightmediacollective.org

Zapatistas 'May: Between Authoritarianism and Resistance' 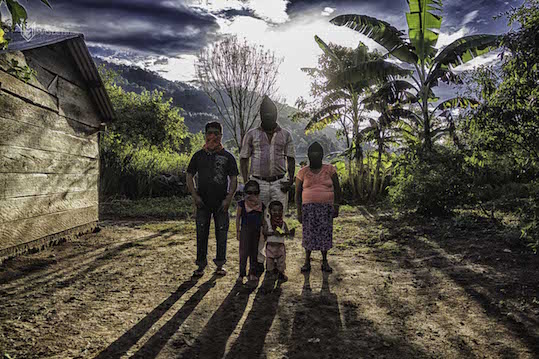 May: Between Authoritarianism and Resistance

May: Between Authoritarianism and Resistance
The calendar? May 2016
The geography?

Please post & distribute.
MNN. June 2, 2016. What is the ambulance chase scam? When a large group of people are attacked by the cops and have their human rights violated, they are sure to win the court case against the state. That’s when the lawyers acting like ambulance chasers show up. “We’ll represent you” for free. They get a list of names and add more to increase their list of clients to get a bigger settlement.

onkwe’hon:weh chase INDIAN Ring ambulance.
We are used as the front for the INDIAN Ring system that scams their own system. They always enrich themselves at our expense.
The INDIAN Ring is the ring of power in US and Canada. They are in firm control of the corporate governments which are illegally hanging onto our land and resources and trying to annihilate us. They know we know it. They are here and so are we. The Ring is running this Onondaga attack and subsequent court case.
This case is a sure win for us victims of the beating by the NYS Troopers on May 18, 1997. The lawyers don’t want to win the case. They want a settlement to give themselves and their list of victims some money.

INDIAN Ring will soon be shooting blanks!
The insurance companies will pay the settlement. So everybody in the Ring is going to get something out of this.
Most of us plaintiffs can prove we were at the incident. Some were not there. Somebody signed them up. They could be charged with a felony. Is that why there’s panic! All the plaintiffs could be subpoenaed to appear at the September 20 trial to testify on their experiences at the hands of the brutal cops.
On the other hand, the 17 non-cooperative plaintiffs were dropped by the “ambulance chasers”.

No fair! They’re not supposed to shoot back!
It seem the chasers have an in with the judges and court from whom they are able to get motions and court claptrap to drop clients they don’t like and to issue unprecedented motions for payouts before the trial? As they say, follow the money. The lawyers seem desperate to get all their clients paid off so they won’t have to appear at the trial and be questioned. The INDIAN Ring judicial system is terrified of a trial. The truth will come out.
The last days of the Indian Ring of power are almost upon us as Motorhead sings in their song “Eat the Rich”: “Get a sweet thing on the side. Home cooking, homocide. Side order could be your daughter. Finger licking good. Come on, baby, eat the rich. Put the bite on that son of a bitch”.

THE UNSUNG HERO OF THE NORTH AMERICA NAKBA TOUR

Amena and Mariam are the stars of the North America Nakba Tour, and we are very fortunate to have such articulate, courageous and utterly charming spokespersons.  But when Samir Salem offered to drive and film the entire tour, we had no idea that he would become one of our most valuable partners.  It is not an exaggeration to say that he has been as responsible for the success of the project as any of us.
Apart from driving more than 10,000 miles in two months, Samir quickly became an on-site coordinator and problem solver for the tour.  In spite of the floods in Texas, he got the women to their next destination in Jackson, Mississippi on time.  When the Canadian visa was not issued in time, he brought the women to his family home in Chicago.  When the schedule permitted an extra day (on top of two scheduled travel days), he took the women to Yellowstone Park for an unforgettable experience.