Photo: Casey Camp with her two sons at the Reject and Protect event in Washington, DC. (Photo by Garth Lenz for Bold Nebraska and iLCP)

By Bold Nebraska
Casey Camp–a committed Ponca leader, actress and environmentalist–grabs anyone’s attention when she walks in the room. Her strength is felt immediately and her words stay with you long after they are spoken. It is Casey who had the idea to bring the Ponca corn to other families across the globe to share our grit and resolve to stop risky oil and tarsands pipelines.
“The Ponca Corn has continued to be shared throughout the Northern and Southern Americas,” explained Casey Camp. “I have gifted the corn to other Indigenous people’s throughout my travels, and have received words of encouragement, gratitude and prayers for the blessing of the corn.  Those who I have gifted in South America refer to it as ‘The Seed of Resistance.’ Tangible in it’s growth and harvest of the fight against Environmental Genocide.”
Seeds of Resistance Tour: Today's schedule:

Amos Hinton and Mekasi Horinek of the Ponca Tribe of Oklahoma, and farmer Art Tanderup during the 2014 planting of sacred Ponca corn on the Tanderup farm (Photo: Mary Anne Andrei)
A seed of corn means many things–food, bio-fuel, coating for medicine, bio-plastic, feed for cattle.  A seed of corn has also become a cherished symbol of our collective resistance to tarsands and the irresponsible oil production that is risking our land, property rights, climate and water.
For the past three years now, members of the Camp family from the Ponca Nation of Oklahoma have returned to their ancestral homeland in Nebraska to plant rows of sacred Ponca “resistance corn” on Art and Helen Tanderup’s farm in Neligh — this land also lies directly in the path of the proposed Keystone XL pipeline and is sacred ground to the Ponca.
“Once again we made the journey to the Tanderup farm from Oklahoma to Nebraska on the Ponca Trail of Tears to plant the sacred Ponca seeds of resistance,” said Mekasi Camp Horinek, son of Native American activist Casey Camp. “Not only in the soil of our ancestors’ homeland, but also in the hearts and minds of all the people that honor, respect and protect Mother Earth as the roots of these resistance seeds spread across the continents. So does the awareness of fight to stop keystone XL pipeline and protect mother earth for our future generations.”
Mekasi drove through the night to be at Art and Helen’s farm by sunrise. He walked into the field with a strong heart, offered tobacco and sang the corn planting song for a good harvest. This sunrise ceremony is personal for Mekasi and the Ponca Nation. A gift handed down by generations before him continues to live on to this day.
There were no large crowds and no TV cameras. Just two families bonded forever by their shared love of the land and water, respect for the lives of Ponca that were lost at the hands of our government and the resolve to stop Keystone XL.
“We are humbled to plant our second crop of Ponca sacred corn. The partnership with our southern relatives honors those who were forced to leave their homeland, said farmer Art Tanderup. “As we prepared to plant, Mekasi spoke of his young grandfather who walked in treacherous conditions across this farm. The spirit of White Buffalo Girl lives in this community.”
Art and Helen Tanderup’s farm sits both on the historic “Ponca Trail of Tears,” the tragic journey faced by tribal members forcibly removed from Nebraska 138 years ago, and in the path of the proposed Keystone XL pipeline. Helen Tanderup is the backbone of the family farm. She grew up on this land and knows every tree and blade of grass. Helen assisted with the planting and will be out there, as she was last year, tending to the corn. Women may be overlooked in some environmental and energy fights, but with our work to stop the pipeline, women are the heart and the workers who always stand ready to lead.

Helen Tanderup in the field with sacred Ponca red corn from the first harvest.

USDA certification for the sacred Ponca corn grown on the Tanderup farm
In addition to the Ponca corn planted in Neligh, the Ponca Nation planted the sacred corn harvest from last year in Oklahoma. In an image of the “four winds,” the Ponca Nation has planted four 20-acre plots using the corn that was harvested from last year’s crop. A powerful action by the Ponca since the corn they planted had not touched their ancestral roots of Nebraska soil for over 130 years.
Art Tanderup certified the corn with the USDA to ensure there is a formal record. Our actions have deep personal meaning to our families and now the action of the corn is also documented in our government’s formal record.

Operation Condor and US Torture: Prosecute US War Criminals 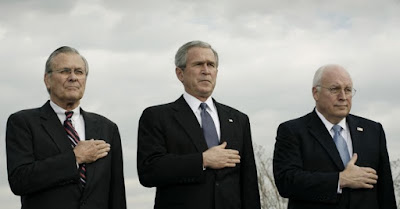 The US is continuing its War on Big Mountain, for its cheap dirty coal electricity for southern Arizona. This article documents the US CIA role in terror and Operation Condor in South America, calling for the global prosecution of Bush, Cheney and other War criminals.

Rebecca Gordon, describes the US CIA role in torture in her article Crimes of the War on Terror: Should George Bush, Dick Cheney, and Others Be Jailed?

"The cold was terrible but the screams were worse," Sara Mendez told the BBC. "The screams of those who were being tortured were the first thing you heard and they made you shiver. That's why there was a radio blasting day and night."

Mendez was an early victim of Operation Condor, a torture and assassination program focused on the region’s leftists that, from 1975 to 1986, would spread terror across Latin America’s southern cone. On May 27th, an Argentine court convicted 14 military officers of crimes connected with Operation Condor, issuing prison sentences ranging from 13 to 25 years. Among those sentenced was Reynaldo Bignone, Argentina’s last military dictator, now 88. (He held power from 1982 to 1983.)

In his book The Condor Years, Columbia University journalism professorJohn Dinges reported that the CIA provided training for Chile’s secret police, computers for Condor’s database, telex machines and encoders for its secret communications, and transmitters for its private, continent-wide radio communications network.

Read the article:
http://www.commondreams.org/views/2016/06/07/crimes-war-terror-should-george-bush-dick-cheney-and-others-be-jailed
at June 08, 2016 No comments: