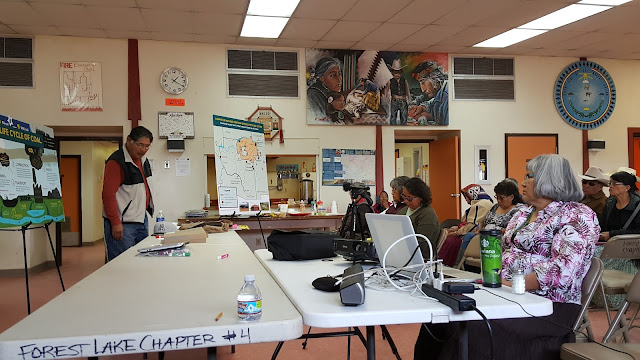 Letter to Department of Interior officials says after three decades of fighting injustice, Navajo voices deserve to be included in discussions about the power plant’s future

Navajo public interest groups are demanding a seat at the table after not being invited to a series of meetings that the Department of Interior’s Bureau of Reclamation began hosting with stakeholders regarding the future of Navajo Generating Station and Peabody Mine.

In a letter sent to Acting Interior Department Secretary James Cason and Deputy Commissioner David Palumbo, Navajo leaders stressed how the exclusion of Navajo voices repeats a troubling pattern all-too-familiar when it comes to dealing with the Navajo Generating Station.

Participation in a previous DOI work group to develop EPA’s regional haze implementation plan dealing with local pollutants was through “invitation-only,” a tactic used intentionally to exclude vital local voices such as the Hopi tribe and Navajo grassroots groups. During oral argument before the Ninth Circuit on EPA’s Federal Implementation Plan on haze, the court expressed how troubled it was by the government’s exclusion of key stakeholders from the technical working group process.

“We urge the Bureau of Reclamation to not repeat the mistakes of the past in shutting out Navajo and Hopi voices from the current stakeholder process addressing the future of NGS and Kayenta mine,” said Percy Deal, who signed the letter on behalf of Diné CARE and whose family has lived in the shadow of the coal mine for generations.

“Our futures depend a transition that addresses cleanup, securing rights to Navajo water, job and economic development assistance and mapping out a future built on clean energy,” he said. “And the only way that will happen is if we are given the a seat at table where decisions are being made.”

Navajo and Hopi groups have outlined key factors to ensure a successful transition:
Remediate and cleanup the plant and return land and water that have been impacted by more than four decades of coal burning to the Navajo and Hopi in healthy condition;
Work with the plant’s utility owners and the federal government to develop the vast renewable energy potential of the region as a replacement for power from NGS;
Invest in job training and economic development assistance for the workers and communities that will be affected most by the closure;
Secure rights to the 50,000 acre-feet of water that are currently tied to the operation of the plant and the associated coal mine, and to transmission capacity that will connect wind and solar projects
developed on tribal lands to Western energy markets. 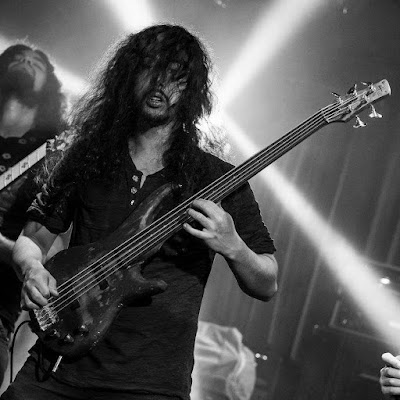 Three more bands have announced that they would not be performing at this year's South by Southwest [SXSW] music festival in Austin, Texas, because their members have been prevented from entering the United States, National Public Radio reports.
Massive Scar Era was one of these and denied a First Nation's band member entry.
National Public Radio reports:
According to Massive Scar Era, a Customs and Border Protection [CBP] official also questioned the band's bassist, Dylan Pieter Wijdenes-Charles, about proving his ethnic identity.
In the video, Amr recounts a purported exchange between the immigration officer and Wijdenes-Charles. "Dylan is a First Nation," she exclaims. "He's allowed to go to the States whenever he wants to, work whenever he wants to, because he's First Nation ... He [the CBP officer] looked at him and he's like, 'Next time when you come, you have to show a blood test that you're First Nation.'" The band says that Wijdenes-Charles was carrying an official card identifying him as a First Nation member.