I recently read this chief's speech about George Washington and something just didn't seem right. It was published in Vol. 4 of Trail Ride Magazine under the title "When God Goes to War". I write this open letter to the author and editor of the magazine, Dr. Elliot Johnson,  after  reading the following chief's speech:

" I am Chief, and ruler over my tribes. My influence extends to the waters of the great lakes, and to the far blue mountains. I have traveled a long and weary path, that I might see the young warrior (George Washington, from the day he had horses shot out from underneath him) of the Great Battle. It was on the day when the white man's blood mixed with the streams of our forest, that I first beheld this chief. I called to my young men and said, 'Mark you tall and daring warrior? He is not of the redcoat tribe---he hath an Indian's wisdom, and his warriors fight as we do---himself is alone exposed. Quick, let your aim be certain, and he dies. Our rifles were leveled, rifles which, but for him, knew not how to miss--'twas all in vain, a power mightier far than we, shielded him from harm. He cannot die in battle. I am old, and soon shall be gathered to the great council fire of my fathers in the land of shades, but ere I go, there is something bids me speak in the voice of prophecy. Listen! The Great Spirit protects that man, and guides his destinies---he will become the chief of nations, and a people yet unborn will hail him as the founder of a mighty empire."

I emailed this speech to the Fred W. Smith National Library for the Study of George Washington and this was their reply: "This speech has proven to likely be a myth or legend. There is no solid proof of where the origins of that speech came from. It is published in some books, but without any citations, it is not able to be proven really one way or the other."

Dr. Elliot Johnson,
It is good to hear that you will be more selective in using stories that "cannot be verified". I was sure that the chief's speech was not true because Washington would have wrote about  it somewhere in his correspondence. They say that if something seems too good to be true, it probably isn't. I enjoy reading good books on history because good history writers are concerned with teaching history--- and they do that by using footnotes. Sometimes I will go to the bibliography before I read the book because I want to know that what I am reading is true.  The writings of Washington are easily verified because all of his writings are found listed in chronological order in the Library of Congress and the National Archives. All you need is the date, sender and recipient and you can get an actual copy of his letters.

Have you been keeping up with what happened up in Charlottesville, Virginia? The white supremacists, neo-Nazis and the Ku Klux Klan marched  and violence broke out between them and people who opposed these hate groups. When our president missed the opportunity to stand with those who oppose hate, former President Obama quoted Nelson Mandela  on Twitter, "No one is born hating another person because of the color of his skin or his background or his religion…People must learn to hate, and if they can learn to hate, they can be taught to love…For love comes more naturally to the human heart than its opposite."

Dr. Johnson,  did you know that there are those out there teaching hatred of Indians? And did you know that they are using the Bible to do it? They are teaching that the cowboys are the Chosen People and that the Indians are the Canaanites. I know that is hard to believe but they are also teaching that America is the cowboy's Promised Land---never mind that the Promised Land had boundaries.  I say this because I notice that on every other page of your magazine, you have written at the bottom of the page, the slogan, "A Cowboy's Journey Into the Promised Land" and I hope you don't literally believe that.

God said of the southern border of the Promised Land, "I will establish your borders from the Red Sea…Exodus 23:31". In Numbers 34:6 he said, "Your western boundary will be the coast of the Great Sea…(the Mediterranean). In Genesis 15:18 God , spoke of both the southern and northern boundaries saying, " that day the Lord made a covenant with Abram and said, 'to your descendants I give this land, from the river of Egypt to the great river, the Euphrates.'" In Numbers 34:10-12 the Lord said to Moses, "For your eastern boundary, run a line from Hazar Enan to Shepham. The boundary will go down from Shephan to Riblah on the east side of Ain and continue along the slopes east of the Sea of Kinnereth. Then the boundary will go down along the Jordan and end at the Salt Sea (the Sea of Kinnereth is now known as the Sea of Galilee and the Salt Sea is now known as the Dead Sea).

As Christians, we must use these teachable moments to proclaim God's truths. In the Old Testament, when God judged the Canaanites, this was prophecy of how God will judge nations and peoples--- men women and children when He comes again. It is God who judges, not men. Until God's judgment of the world as found in Revelation 16, we are living in the age of grace.  In this age, there are no Canaanites to be judged, only lost people to be evangelized. The Lord Jesus Christ specifically gave the church these instructions as found in Matthew 28:19&20, "Therefore go and make disciples of all nations, baptizing them in the name of the Father and of the Son and of the Holy Spirit and teaching them to obey everything I have commanded you.  And surely I will be with you always, to the very end of the age." This is called The Great Commission given to the Christians and it should be noted that it does not say anything about driving anyone out and seizing their land.

Jesus also said in John 3:17, "For God did not send his Son into the world to condemn the world, but to save the world through him. Whoever believes in him is not condemned, but whoever does not believe stands condemned already because he has not believed in the name of God's one and only Son.

Concerning the Chosen People, in Revelation 7:4 God is still dealing with the Jewish people, "Then I heard the number of those who were sealed: 144,000 from all the tribes of Israel."

Unfortunately, anyone who teaches that the American Indians should have been exterminated as God commanded the Canaanites to be, is teaching a twisted interpretation of the Bible which amounts to white supremacy and nullifies the Great Commission.  As a matter of fact, this false teaching is so embedded in American history that Adolph Hitler used it to justify the genocide of the Jews during world war II. He said, speaking of the Jews and the Slavs, "The natives will be our Redskins".

As Nelson Mandela said, "No one is born hating another person because of the color of his skin or his background or his religion…People must learn to hate …".  Hitler learned well, but he learned well from the Jezebel nature of American history where land theft and murder were legalized. The world witnessed justice being stood on its head at Standing Rock where a people who have lived on the land for thousands of years and who had a treaty with the United States were treated as trespassers. The sad thing is that it could all be traced back to the false teachers and their perversion of the Bible.
Steve Melendez
Paiute
President, American Indian Genocide Museum
Reno/Sparks Indian Colony
Website:http://www.aigenom.org 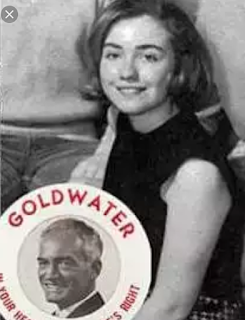 Hi Brenda,
As you know Racism is alive and well in America the beautiful, all the Indian policy on water and land rights.
The current relocation bill 93-531 is one big racist law that still exists today.
It wants water and land from our community here on Black Mesa -- coal and water -- to keep central and southwest usa alive for its energy needs.
Racist Hillary as a young intern helped Barry Goldwater draft this law.

Read more:
Louise Benally was censored by Indian Country Today as the US attacked Iraq. Louise compared the U.S.
.war in Iraq to the forced genocidal march of her people, her family, and their imprisonment at Fort Sumner.
Indian Country Today refused to publish this article that I wrote as a staff writer.
http://bsnorrell.tripod.com/id78.html