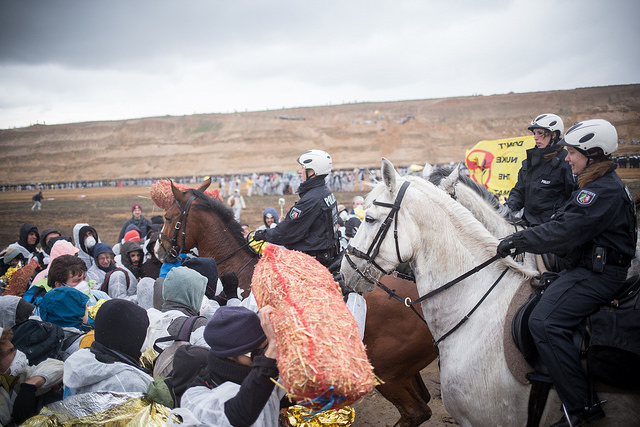 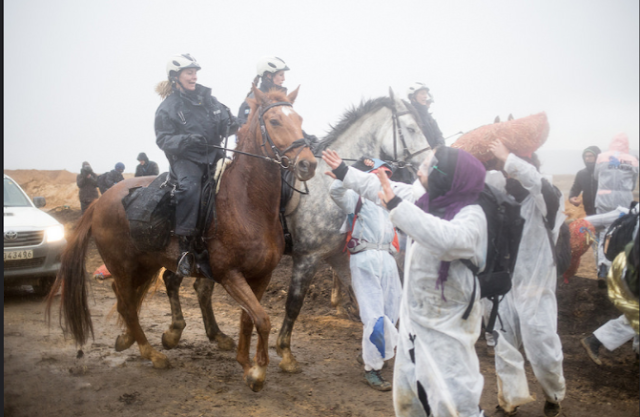 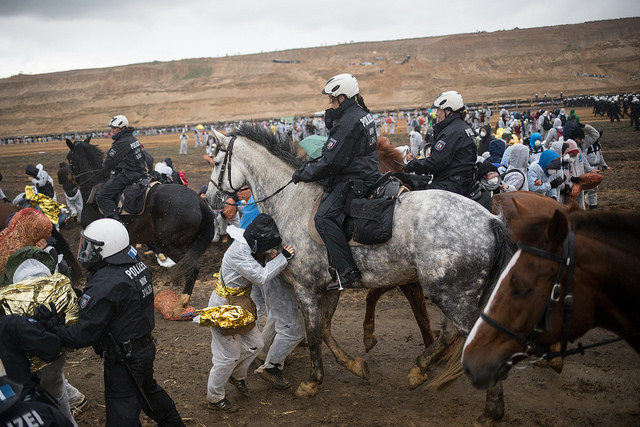 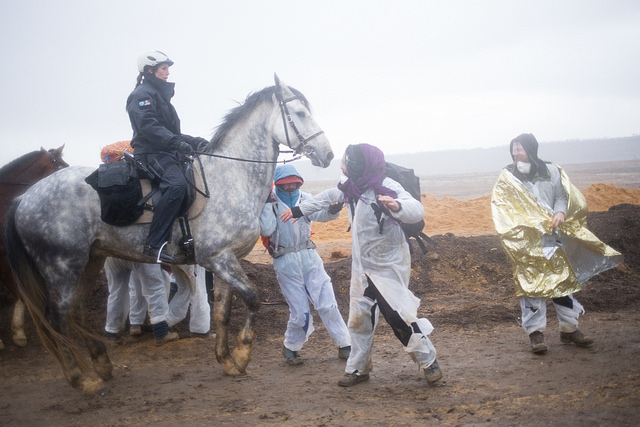 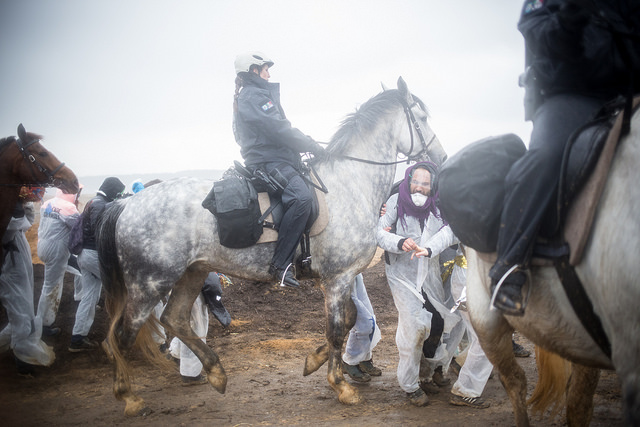 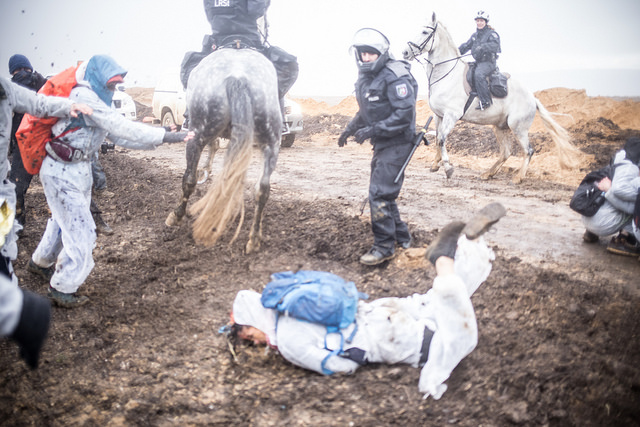 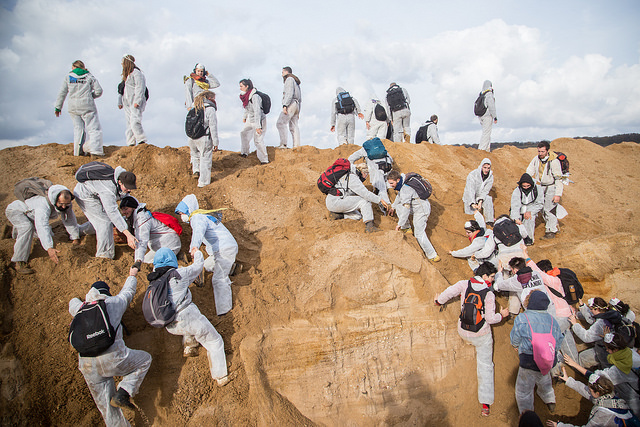 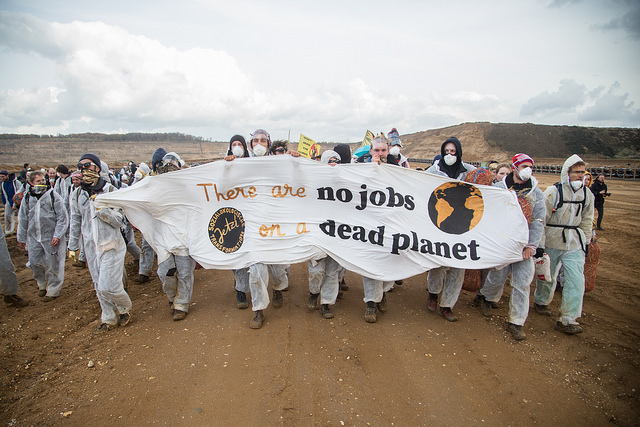 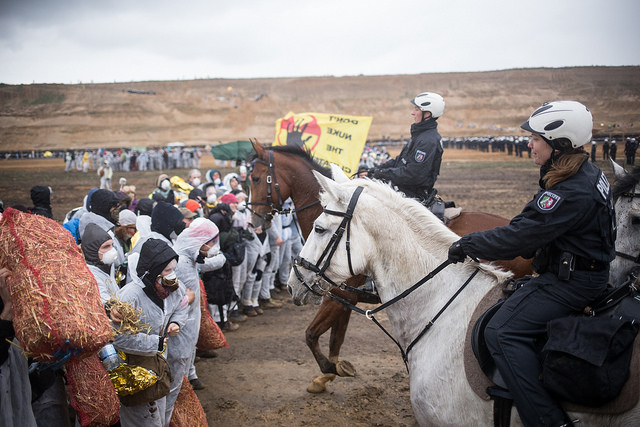 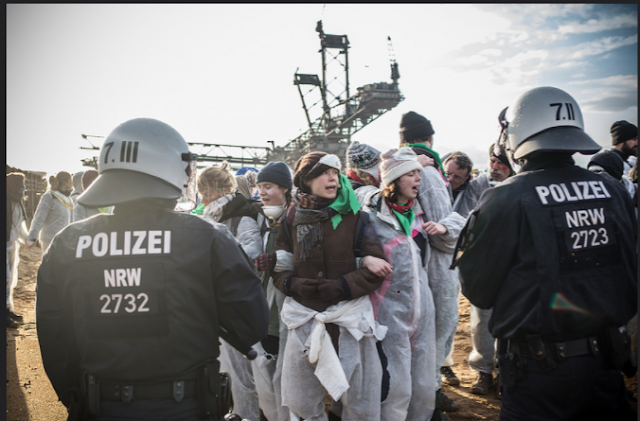 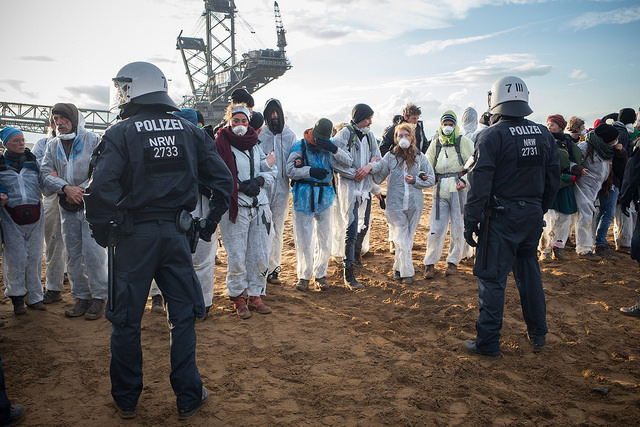 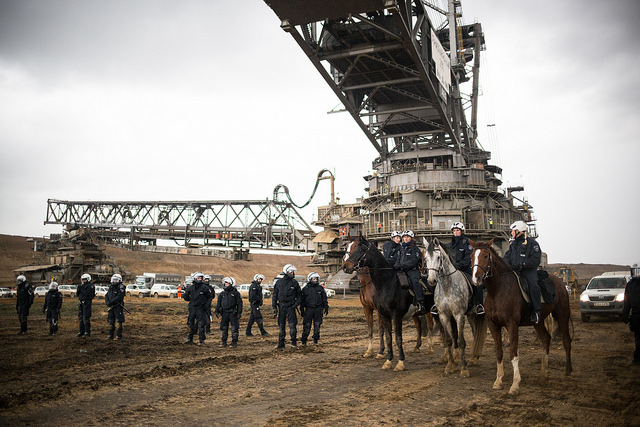 Black Cube spies were hired to halt news stories, at the same time that Israeli companies are receiving U.S. border contracts -- including Elbit Systems' contract for spy towers on sacred land of the Tohono O'odham Nation -- and Trump's border wall prototype.By Brenda NorrellCensored NewsIsraeli intelligence 'Black Cube,' is tracking journalists and trying to halt news articles in the U.S., writes Julian Assange on Twitter today, with a link to The New Yorker magazine's new exposures.It is important to those who live on the US Mexico border, including the Tohono O'odham Nation, who are now facing the Apartheid Israeli contractors hired to build the spy towers by Homeland Security during the Obama Administration.Now, Trump wants an Israeli firm to build his border wall."An Israeli company, Elta North America, (a subsidiary of the Israel Aerospace Industry) was one of eight companies awarded a massive sum to produce a prototype for the wall that the U.S. intends to build along the U.S.-Mexico border," Telesur reports.
Israel's contracts from U.S. Homeland Security, at the United States southern border, including the spy towers on sovereign Tohono O'odham land, are one of the most censored articles in the U.S. by the media.The exposures of Israeli intelligence Black Cube spies posing as friends, and attempting to halt news stories, was exposed by Ronan Farrow in The New Yorker.Harvey Weinstein set out to suppress allegations that he had sexually harassed or assaulted numerous women. He hired private security agencies to collect information on the women and the journalists trying to expose the allegations, The New Yorker reports."One of the investigators pretended to be a women’s-rights advocate and secretly recorded at least four meetings with McGowan. The same operative, using a different false identity and implying that she had an allegation against Weinstein, met twice with a journalist to find out which women were talking to the press."Assange said today, "Weinstein hired ex-Mossad agents at Israeli intelligence company 'Black Cube' to infiltrate accusers & quash stories,"Censored News continues to expose breaking news from the Tohono O'odham border, where U.S. contracts are being awarded to Israeli companies engaged in Apartheid in Palesine.


Israel’s Elbit Systems plans spy towers on sacred land at the border, where O'odham ancestors are buried.Ofelia Rivas, O"odham, exposed Elbit Systems plans on Tohono O'odham land, and her home community's fight against the Israeli spy towers. Elbit is responsible for the genocidal security surrounding Palestine, and drones globally.The Gu-Vo District opposed this proposal from the beginning, and the United States ruled it could care less.Gu-Vo, in the western most district of the Tohono O'odham Nation, told the U.S., prior to the assessment, "The Gu-Vo District opposes these proposed tower sites to protect cultural sites on the holy mountain now called the Ajo Mountain Range. The mountain holds human remains of our people and also places of our cultural practices (medicine bundles) home and home of the ceremonial deer and bighorn sheep and mountain tortoises that are protected under the Endangered Species Act.""The United States government military forces, the border patrol, have not been forthcoming with impact information, such as health effects and have deliberately misinformed the people regarding the immediate environmental impacts such as the roads they will build on the mountain and installation of electrical power lines to the sites as well as that these proposed tower sites will have a 25-year or longer impact on the mountain, the animal and plant life and the O'odham lives.""The Gu-Vo District communities landscape have already been greatly impacted by numerous unauthorized roads and destruction of our mountains and hills of great significance to the O'odham way of life. Our future generations will face more restriction to live on our original lands as our rights as original Indigenous peoples continue to deteriorate.""These U.S. proposed towers also are not on the border but in our communities and on the border of the Tohono O'odham Nation reiterating discrimination and deliberate attack on the O'odham," said Gu-Vo District.Rivas, O'odham living on the border and founder of O'odham VOICE Against the Wall, describes the him'dag, way of life. "The O’odham way of life is based on the land that has held the remains of our ancestors since the creation of this world. The O’odham did not migrate from anywhere according to our oral history. Our creation tellings record our history and teach the O’odham principles of life. The survival of O’odham today is based in our him’dag." Read more at Ofelia Rivas' website http://tiamatpublications.com/ 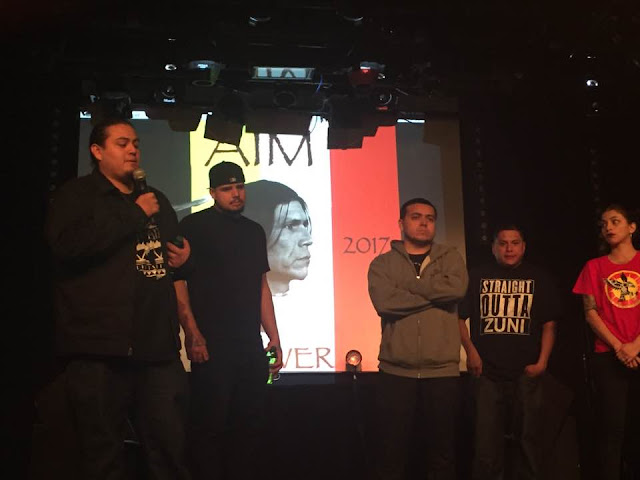 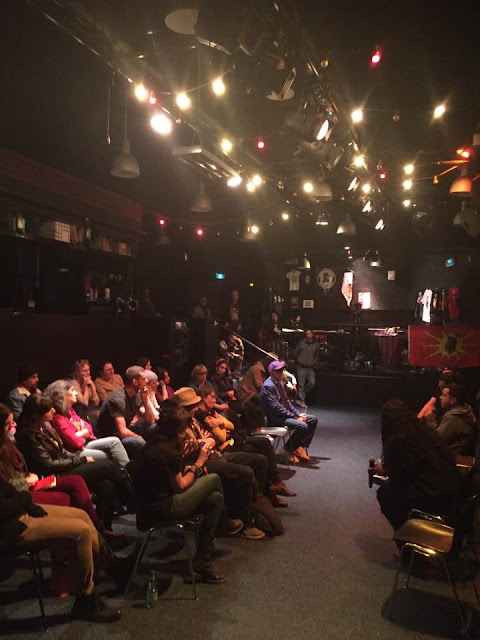 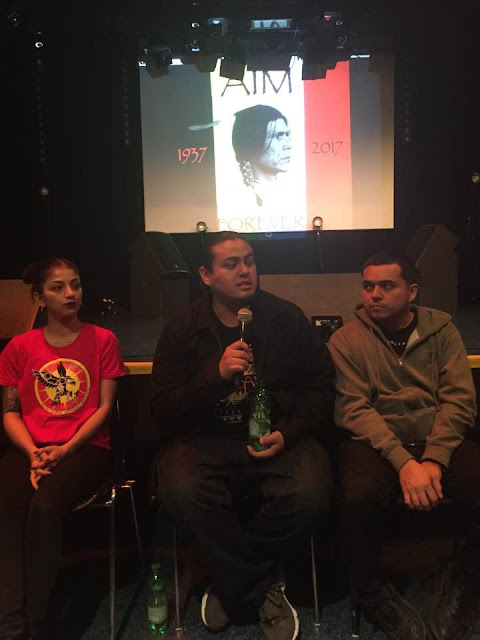 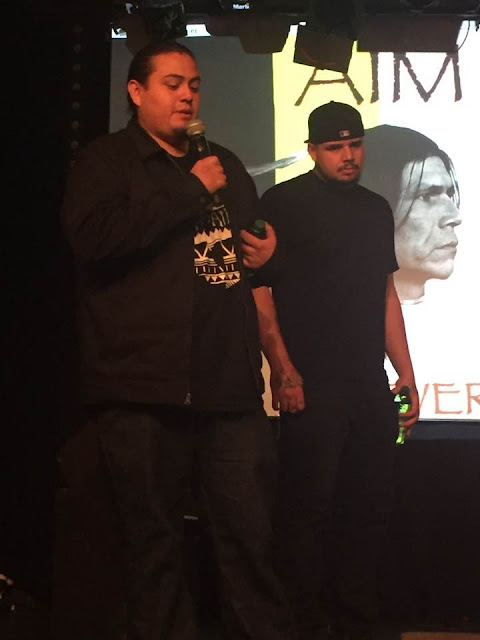 By Machjaghjolu Fiumorbacciu
Censored News
Honoring for Dennis Banks in Ivry, Paris, France, on November 4, 2017, at the end of the Decolonize America, Water is Life Tour in Europe, organized by CSIA-Nitassinan, with Indigenous hip hop artists and Water Protectors -- Nataanii Means (Oglala Lakota / Diné  and Omaha), Witko (Oglala Lakota), Alas (Xicana), Tufawon (Dakota / Puerto Ricain) and DJ B (Zuni). We will miss you Dennis. Nowa Cuming. Rest in Power. Your friends in France from CSIA-Nitassinan www.csia-nitassinan.org
at November 07, 2017 No comments: