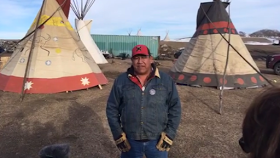 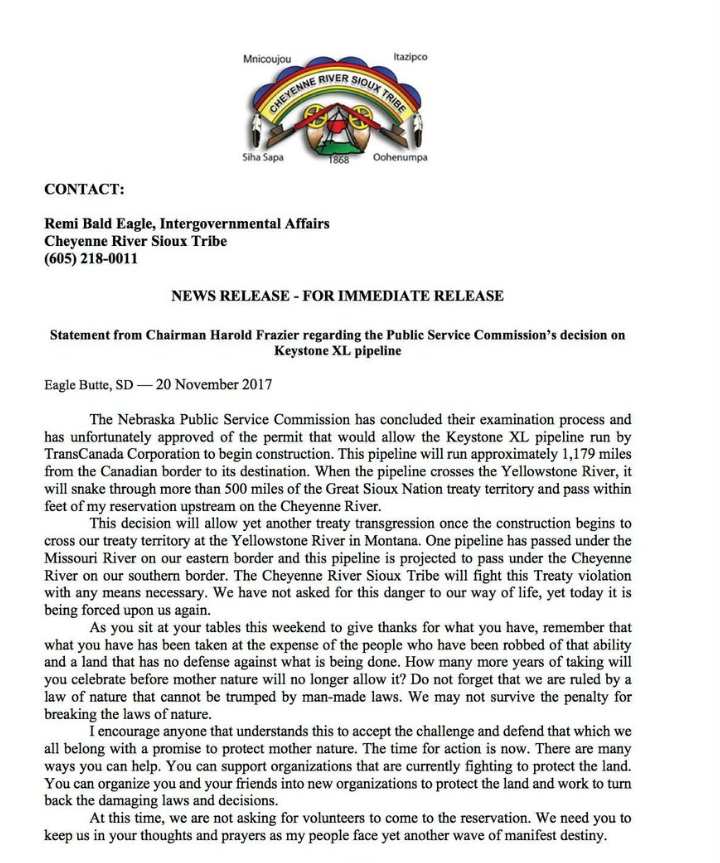 In case you missed the live coverage, scroll down below for radio files for Day 1 and video replays of Day 2. 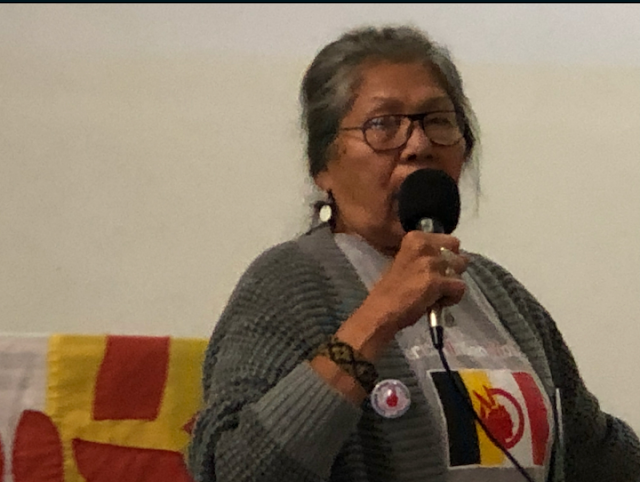 Madonna Thunderhawk, Lakota, at AIM West 2017
Madonna spoke on the strength at Standing Rock camps and how Indigenous delegations came from thought the Americas and the world. 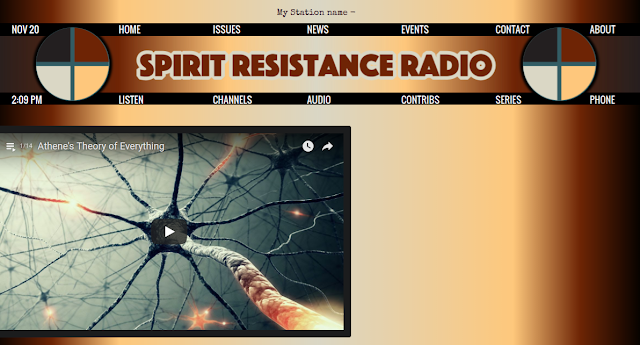 Update: If you missed the live broadcast, click on link above to listen to speakers. 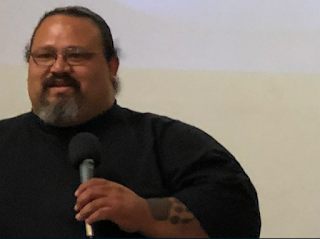 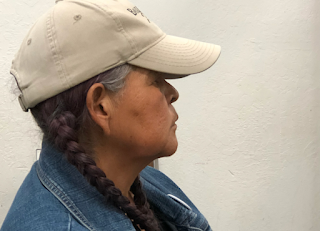 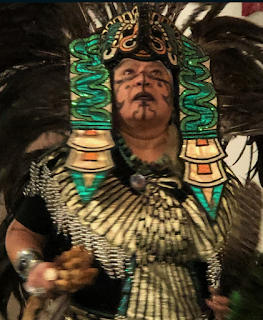 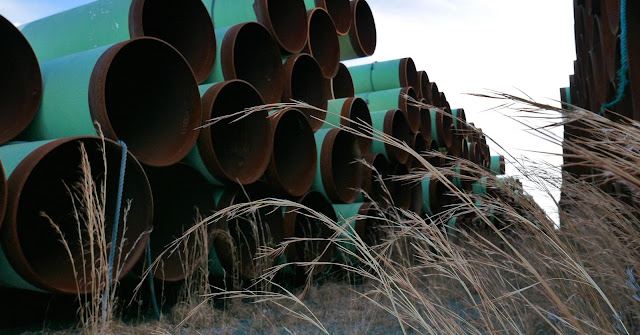 Walking for the Salmon with Hopland Pomo, Photos by Bad Bear 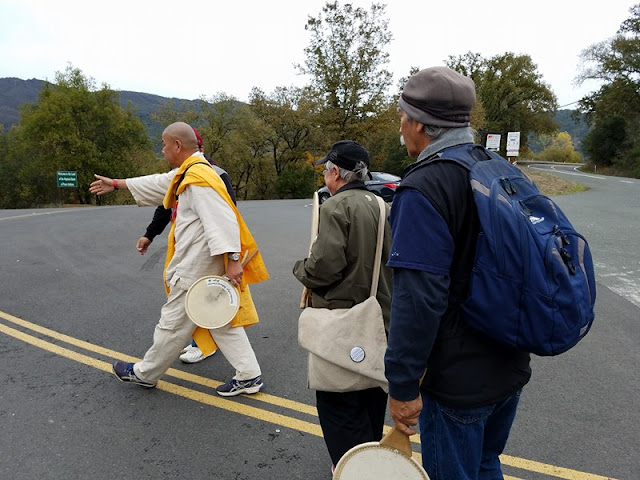 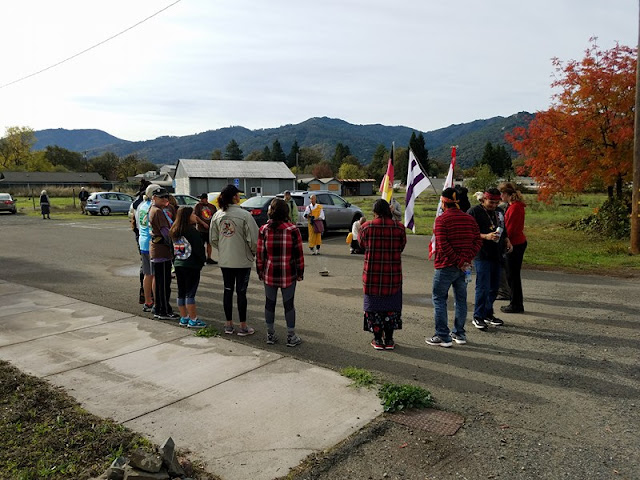 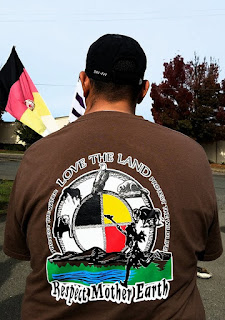 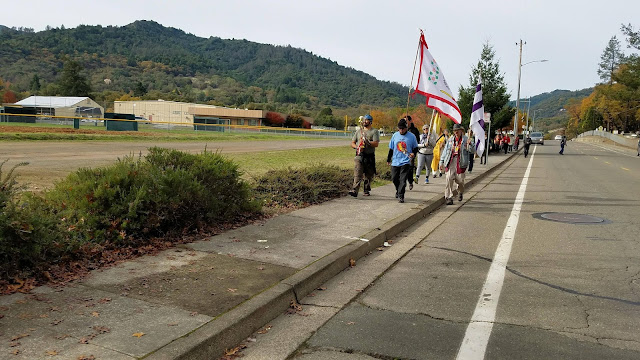 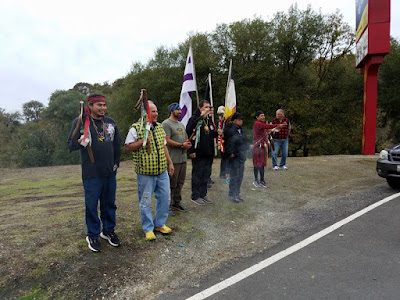 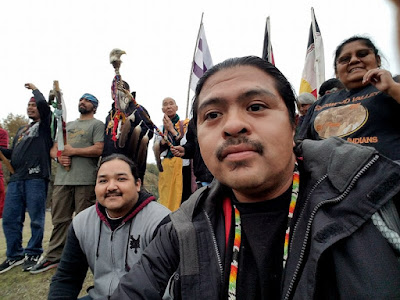 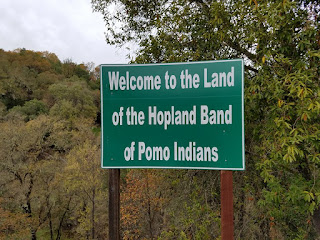 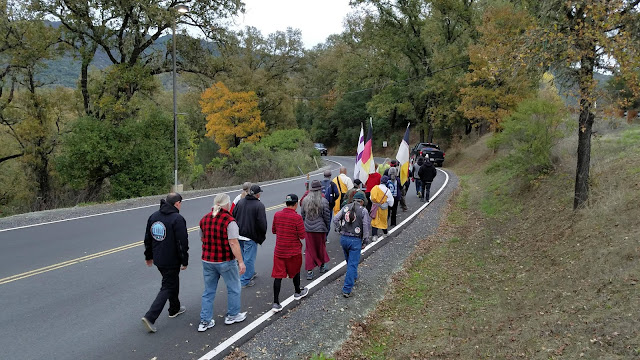 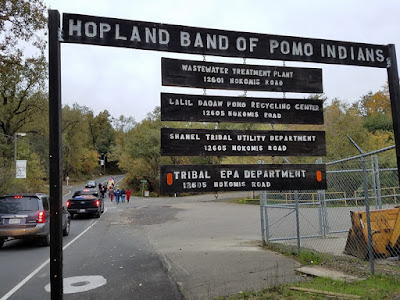 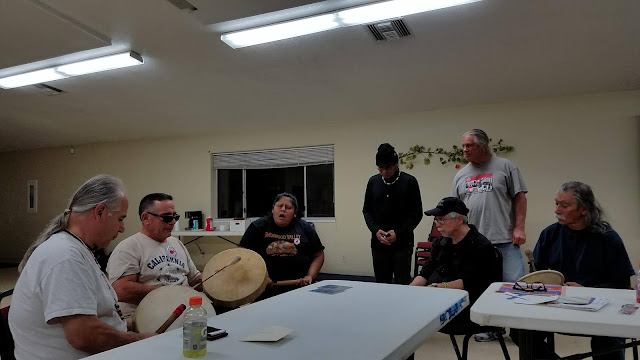 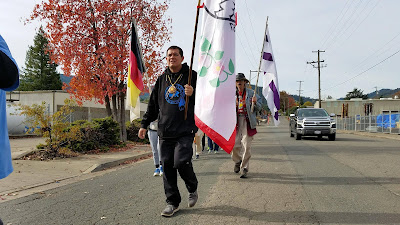 Photos by Western Shoshone Carl Bad Bear Sampson, Walk for the Salmon, Seattle to San Francisco,  2017
Thank you for sharing with Censored News. 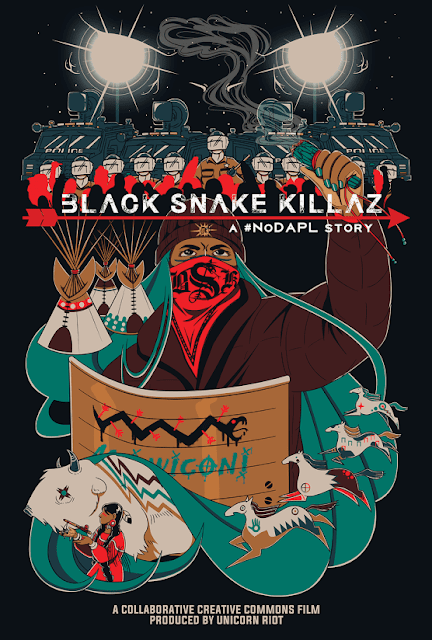 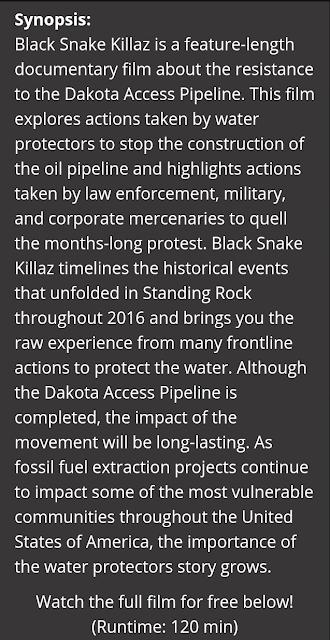 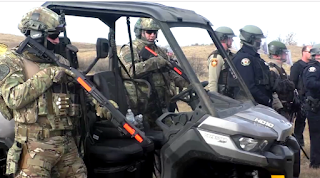 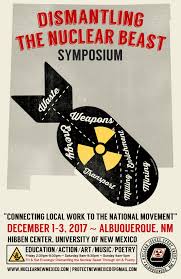 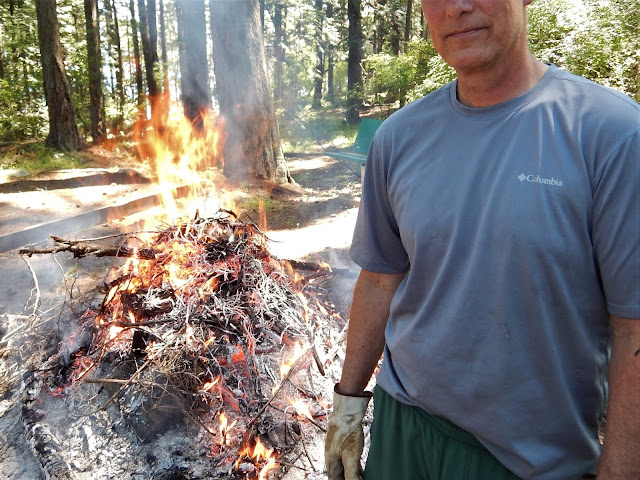 
As many scientists and citizens have known for decades, forest fires are part of a natural cycle that enhances the enduring long-term health of a biome in which associated flora and fauna have flourished over tens of thousands of years. Accordingly, indigenous people have utilized fire for centuries to better sustain their ongoing place in the life-giving lands they call home.


Unfortunately, when modern news media report that forests were “destroyed” by fire, and accompany such language with dramatic if newsworthy images of extraordinary blazes as was the case this past summer, they often impress upon the public a general misunderstanding about a forest's ongoing ecological value. Far more troubling, this false impression opens a door to the flat-out lies of those who seek political and economic gain in the aftermath of these conflagrations.


On Wednesday night, friends and supporters of the Columbia River Gorge packed a Portland, Oregon auditorium to hear what was an upbeat analysis of last summer's forest fire in Eagle Creek, a beautiful, much-beloved trail venue in the Columbia River Gorge National Scenic Area. The fire burned some 49,000 acres, but an assessment by the Burn Area Emergency Response of the US Forest Service estimates that only 15% of that forest suffered high burn severity, while across some 55% of the area there was very low or no burn. A recent photograph taken by the Forest Service in a burned-out area showed fresh bracken fern already standing a foot tall. In the weeks ahead, flora and fauna of all kinds will reestablish themselves in the biome according to a time-honored script. In a few short years, scorched forest will regain a lush green carpet of first stage undergrowth.  As one scientist summarized after observation: “This is a good burn.”


But all of this is lost on too many of our politicians in Washington DC, and already there are two bills that have been passed by the House of Representatives with explicit designs to open burned forest areas to the sort of snag logging that will interfere with natural cycles to the detriment of wildlife, soil and water while, ironically, making these areas less resilient – not more resilient, as sponsors of the bills claim – to future fires. The bills would also gut many established policies that regulate logging on public lands and currently ensure some degree of public oversight.


Both bills have been received by the US Senate for consideration. If passed by the Senate and adopted by the Trump Administration, they will impact forest and public land policy across the nation. Whatever your state of residence, it is imperative that you contact your US Senators and voice your opposition to these or any like bills as soon as possible. Let them know that you know what is taking place in the US Congress.


Also note that aside from environmentalists and nature advocates, many rural communities, businesses and agricultural firms are opposed to these bills. One such organization is Cascadia Locks Strong, representing the interests of a river town of some 1200 residents that was spared the flames of the Eagle Creek fire but not its ongoing economic impact.
To learn more, visit:
https://www.cascadelocksstrong.com/


To view an aerial assessment of the Eagle Creek Burn Area from Trip Jennings, Balance Media, and The Oregonian, visit:
http://www.oregonlive.com/wildfires/index.ssf/2017/10/video_explores_eagle_creek_fir.html


To learn more about H.R. 3715 and send an email to your representatives, visit Friends of the Columbia Gorge at:
https://gorgefriends.org/protect-the-gorge/walden-clear-cut-bill.html


To learn more about H.R. 2936, visit Cascadia Wild at:
https://www.cascwild.org/tag/hr-2936/
To email your representatives, visit Forests Forever at:
http://wfc2.wiredforchange.com/o/8429/p/dia/action4/common/public/?action_KEY=10554


Please share, at your convenience and discretion.
Lloyd Vivola
November 17, 2017 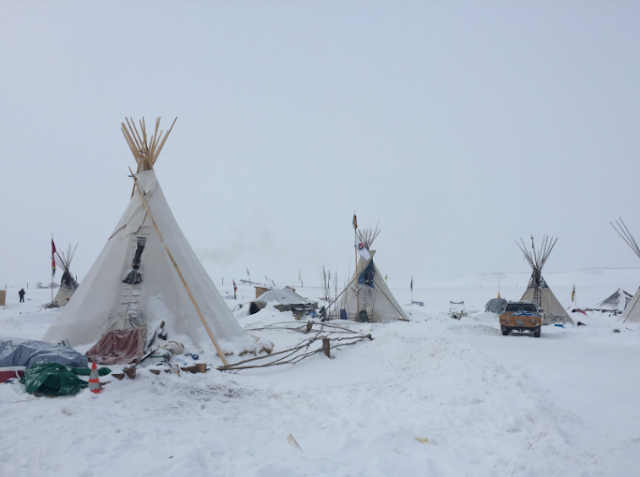 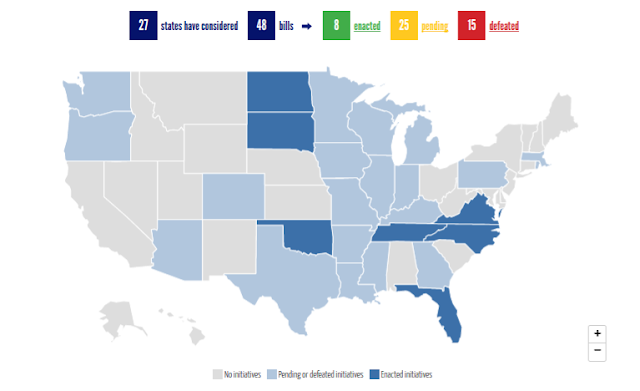 President Trump and the states have enacted new laws that target Earth Defenders, while protecting the profits of destructive industries

North Dakota leads in enacting the most laws to criminalize protests, according to the tracking of laws by the International Center for Not-for-Profit Law. North Dakota has enacted more laws to criminalize protests than any other state.
However, other states are passing, or in the process of passing, laws that criminalize the wearing of masks at protests, and other laws that remove penalties for drivers running over protesters.
The laws enacted by North Dakota include the executive order of Feb. 15, 2017, ordering the evacuation of Oceti Sakowin, giving water protectors only one week to leave.
North Dakota also enacted laws criminalizing the wearing of masks. Further, North Dakota passed two other laws, expanding the scope for trespass and heightening penalties for riot offenses.
South Dakota enacted a law on March 14, 2017, which expands the governor's power to restrict certain protests. This law expands the governor’s authority to curtail protest activities on public lands and restricts protests that interfere with highway traffic.
Oklahoma heightened penalties for protesters who trespass onto private property.
Washington State still has a bill pending that would heighten penalties for those who conceal their identities during protests.
Although Colorado attempted to protect the oil and gas industry from protests with a new law, it failed.
Trump's order, Obama's military at Standing Rock
In August, President Trump issued an executive order giving riot gear and other military equipment to local law enforcement. Executive order 13809 "reinstates a program that transfers surplus military equipment to police departments across the country."
However, riot gear and other military equipment was routinely used against peaceful water protectors at Standing Rock in 2016, during the Obama administration, as shown in the photo below.
The new report states:
The “Presidential Executive Order on Restoring State, Tribal, and Local Law Enforcement's Access to Life-Saving Equipment and Resources” reinstates a program that transfers surplus military equipment to police departments across the country. President Obama had scaled back the 1990s-era program in 2015, following the heavily armed police response to protests against the killing of black men in Ferguson, Missouri and elsewhere. With Executive Order 13809, President Trump restored the program, and police departments will again receive free weaponized vehicles, certain large-caliber ammunition, riot gear, and other military equipment – which may once again be used when responding to protests.