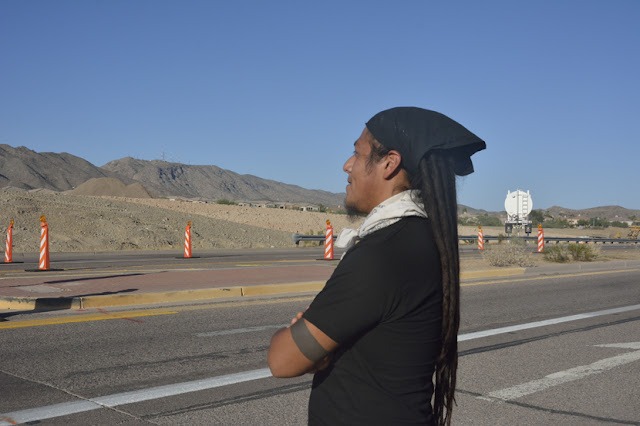 O'ODHAM ABOUT LOOP 202: 'THESE CITIES ARE COMING CLOSER TO US, WE'LL POSSIBLY GET RUN OVER'

Mohawk Nation News
Please post & distribute.
MNN. NOV. 30, 2017. Every band/tribal council chief, provincial and territorial INDIAN organization has to answer the following question: Do you follow the INDIAN ACT or the kaia-nere-kowa, the great peace? The INDIAN ACT is the genocide policy of the government of Canada. The great peace is based on the original instructions of creation.
Read article at Mohawk Nation News
http://mohawknationnews.com/blog/2017/11/30/creations-design-v-indian-act/
at November 30, 2017 No comments: 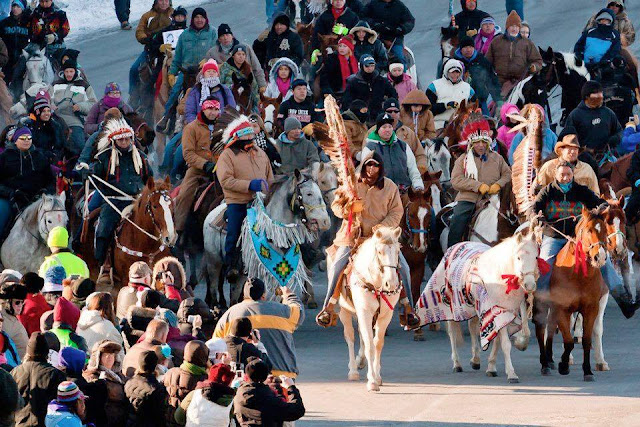 Media Contact:Julian Boucherjulian@mazaadidi.usFacebook.com/DakotaPrayerRideandWaterWalkHope and Healing to Answer the Historical Violence Against Our Indigenous Women, Their Families, and to Our Mother Earth Who Cries Out to US in Pain
When: December 9th - 26th, 2017
Where: Sisseton Wahpeton Memorial Park — Sisseton, SD. December 26th, we will meet up with 38 Runners at the Mankato Memorial SiteVisit our Facebook Page for details and to stay updated. Maps will be distributed at the event.Sisseton Wahpeton Oyate, SD — November 28th, 2017 December 9th, members of the International Indigenous Youth Council (IIYC) and supporting runners will commence the 14th Dakota Prayer Ride— including a Water Walk & Run this year. Our spiritual journey begins at 9am near the recent bitumen oil spill in Marshall County, SD, just 20 miles west of the Lake Traverse Reservation. Youth runners brought the attention of the world to protect the sacred at Standing Rock, ND. The waters here are at great risk, and by extension, communities in all directions are at risk from dangerously contaminated waters. We are located on the Continental Divide, our Mni Wic’oni, Water of Life, flows North and South, to the oceans and large northeastern bays.Water Walkers will carry water buckets, vessels and vials of contaminated water, brought from all over Turtle Island. We will be asking and praying for the healing of our sacred waters, and praying with special emphasis on the increasing tragedies of our Murdered and Missing Indigenous Women. Our prayers will focus on going to the families of these women, and to the women who have survived associated violence and mistreatment. The Dakota Ride has collaborated with women, children and the elderly to encourage healing in communities and in families directly, to bring about the change needed for survival, health, and improved lives. Our journey will closely follow the route our ancestors took when they fled bloodshed during the Dakota Uprising. We will be finishing the first day with the runners arriving at the Sisseton Wahpeton Tribal Headquarters, in Old Agency. At the halfway point of this Prayer Ride and Water Walk/Run we will unite with 38+2 Riders at the Mankato Memorial site of the Dakota 38.On December 25th we will run with the 38 Runners at Fort Snelling in their 31st year at 10pm to carry our healing prayers through the night running south to join together at the hanging site with the Ride and Water Walkers on December 26th at 11am. Bringing people from all over the world to help us pray for our Mother Earth and her Mni Wic’oni, water of life, will help build hope; so many dreams of healing can be filled. This past year has brought global awareness to the contamination of our sacred waters, and finally, to the growing numbers of our Murdered and Missing Indigenous Women. We expect more people than ever before. We invite you to bring a vial of water from your territories to add to our Mni Wic’oni pail for healing prayer
These can be sent to: Sylvana Justine, PO Box 686, Agency Village, SD 57262You can lend your support through one of the following options: One Earth Foundation Paypal.me/OneEarth orvenmo.com/OneEarth-foundation or the Dakota Wicohan Website
Dakotawicohan.org/donate Indicate your donation is for the Dakota Prayer RideW.A.T.E.R. | We All Take Environmental Responsibility
at November 30, 2017 1 comment: