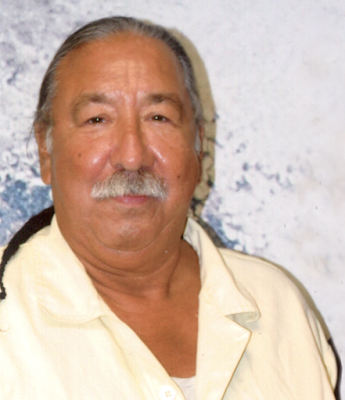 I am Tony Gonzales, executive director with AIM-WEST.  I and members of our delegation that also include members of the International Leonard Peltier Defense Committee are attending the UN Permanent Forum on Indigenous Issues in NYC during April 16-27.Today during the morning session after the NGO International Indian Treaty Council (AIM affiliate) spoke on the floor regarding political prisoner and human rights defender Leonard Peltier, the USA representative responded immediately without hesitation to the NGO statement.
The USA representative proceeded to verbally assault the NGO statement (written in part by Leonard himself!) and they flat out lied with their ‘fake news’ before those attending and the world community (UN webcasting) by fabricating a lie that Leonard Peltier is a ‘murderer’ etc.!  despite to the contrary (See in UN webcasting for Permanent Forum April 18 for complete details).I seek your journalistic support by calling me at or AIM-WEST delegate Ms. Jean Roach the official representative for political prisoner Leonard Peltier for an update on our response (verbal scud) to the USA ‘fake news.’Additionally, on Friday April 20 from 12-12:45 pm AIM-WEST will hold a press conference at the UN Correspondence Association (media zone) and will appreciate coverage by “Democracy Now” in support for Leonard Peltier’s case.  Help us to challenge and expose the ‘fake news’ emanating from the state department visa-vie White House! The USA stepped into their own doo-doo with their reactionary stupidity.  Furthermore, we will encourage all NGO attending the Permanent Forum to also use this opportunity in unity to include support for Leonard’s compassionate release and condemn the USA ‘fake news.’  You can help us, too, by exploiting this situation in Leonard’s defense/behalf.  It is evident the USA is in a desperate situation by resorting to fabricating lies and can’t take the tooth, er truth! Additionally, It is common knowledge that Leonard is innocent of the charges against him (aiding and abetting) that even the federal prosecution has stated before a federal judge that in fact they don’t know who shot the two FBI agents on June 26, 1975, they can’t identify who was the shooter, and yet Leonard languishes in prison for 43 years now.It is 2018, why is political prisoner Leonard Peltier still in prison!  We want Leonards Freedom; medical attention, moved closer to home (now 2,000 miles away), minimum security, and an immediate compassionate release!  Freedom for Leonard Peltier now!Watch on web TV:
Regarding the USA responding to an NGO concerning Political Prisoner Leonard Peltier:NGO: International Indian Treaty Council statement at 2:16:33 USA representative responds to NGO at 2:35:09(Bears Ears Monument-NGO statement at 1:05:15
Watch at:http://webtv.un.org/watch/5th-plenary-meeting-permanent-forum-on-indigenous-issues-17th-session/5772804133001/'